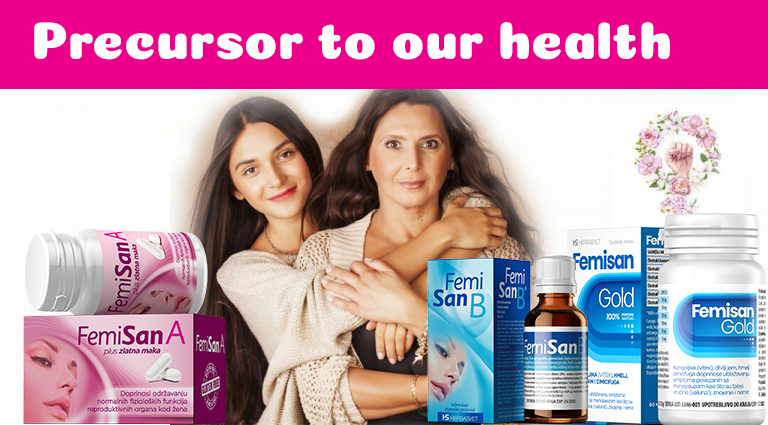 When our body starts to change, whether through monthly changes or those from the onset of puberty or menopause, the symptoms are so diverse that we often do not even associate them with hormones. Only when we become aware of the problem and delve a little deeper into the topic, we become surprised at the extent to which hormones direct our lives. Estrogen and progesterone are the two best known hormones, but the list is much longer.

When it comes to the female reproductive system, seven hormones take centre stage:

With so many hormones, it is no wonder that a woman’s body is more complicated than a man’s and that women often suffer from mood swings. All these hormones work hard and cooperate. If we had to single out one that serves as a special trigger, then it would be progesterone. 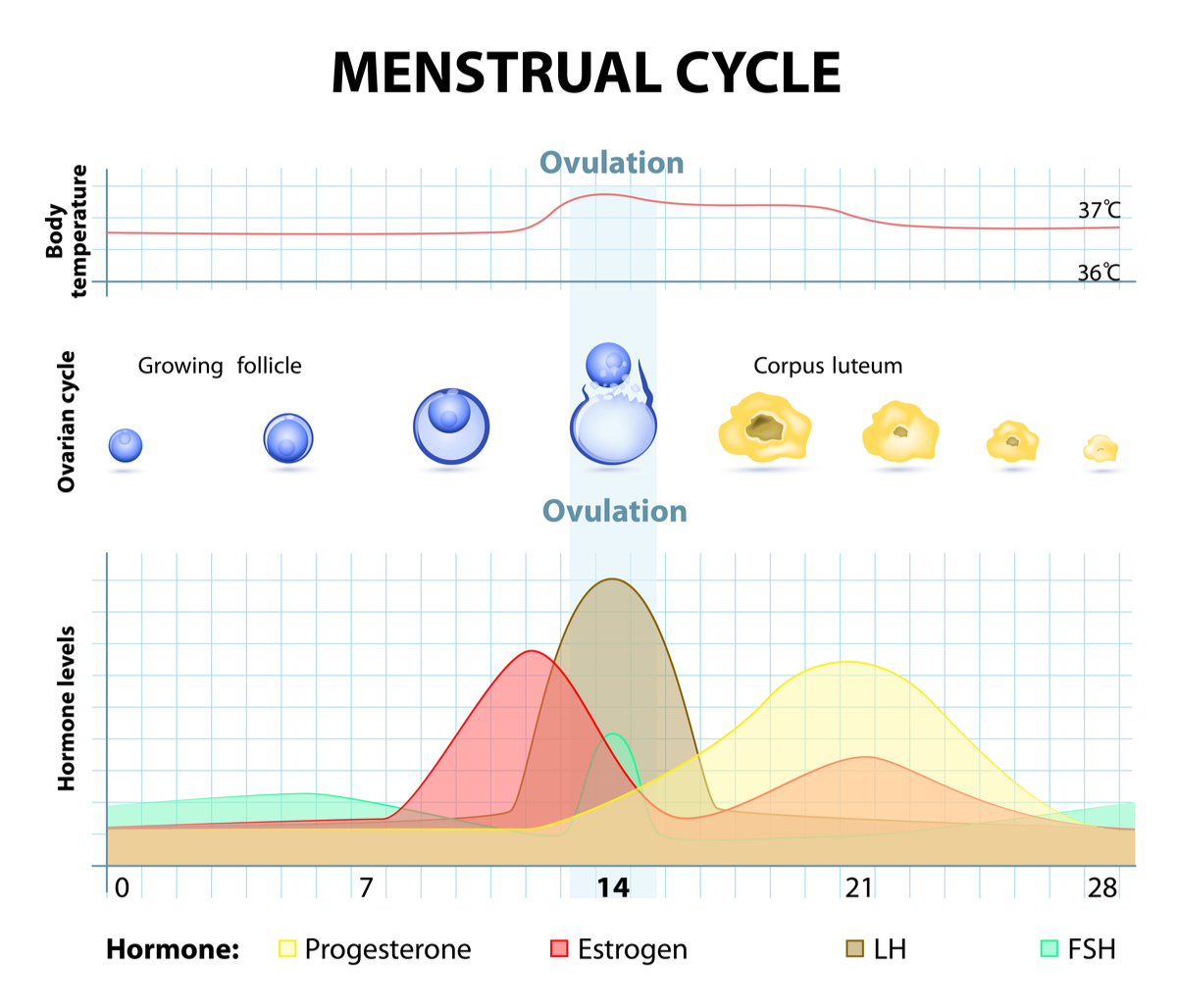 Progesterone is a precursor to most other steroid hormones, so its role in the body is special, particularly during the menstrual cycle. And that is especially felt when women do not have enough of it. During the reproductive period, from puberty to the onset of menopause, progesterone is dominant in the second half of the menstrual cycle in order to stimulate the growth of the endometrium – the lining of the uterus whose role is to accept the embryo. If fertilisation does not occur, progesterone triggers the endometrial renewal process: the lining is peeled off and thrown out during menstruation, only to be rebuilt during the second half of the period. That is why this hormone is extremely important for maintaining regular and healthy periods, but also for conception and pregnancy. Hence, a low level of progesterone can be one of the causes of infertility.

But if we leave aside the purely reproductive part, we will see that this hormone significantly affects our mood. Progesterone is very active in the central nervous system and thanks to it we feel relaxed. And vice versa, a
drop in its level causes irritability, nervousness, depression and a feeling of “being on tenterhooks”. This hormone also regulates brain functions, the level of insulin in the blood, the level of fluid in the tissue, urinary tract functioning, the level of bone mass density, work of the thyroid gland, quality of sleep and immunity. So, progesterone is a precursor to other hormones, but when we look at its functions, it is definitely also a precursor to our general health.

Progesterone is primarily a pregnancy hormone and plays a major role in maintaining pregnancy; it does so primarily by preparing the endometrium, reducing its contractions for implantation, promoting gestation and preventing lactation during pregnancy.

During pregnancy, progesterone is naturally secreted by the placenta, which is very important especially in early pregnancy, up to the 16th week. Otherwise, bleeding and miscarriage may occur. Based on a British study, progesterone could prevent 8450 miscarriages a year. Its role does not end even later in pregnancy, and another study has confirmed that this hormone could also help prevent premature births and infant mortality.

As for reduced functions listed earlier, the first thing that comes to mind is menopause. And indeed, when menopause begins, the level of progesterone drops drastically, and then women feel numerous complaints that previously used to be foreign to them. To make it even worse, women suffer both mentally and physically. Frequent mood swings, poor concentration, insomnia, hot flashes and increased hair loss are exhausting; women are at greater risk of developing osteoporosis, diabetes, urinary infections and cardiovascular disorders and could gain weight more easily than ever before.

Oestrogen and its protective effect are usually talked about most during menopause, but progesterone is also extremely important for maintaining general health; it prevents neurological diseases and osteoporosis. Its role is significant for the prevention of breast and ovarian cancers, so it is frequently used as part of hormonal replacement therapy in menopause.

Even before menopause, a lack of progesterone can cause mood changes in PMS, depression, anxiety, forgetfulness, flatulence, irregular periods, bleeding outside of periods, breast pain, headache, fibrocystic changes in the breasts, fibroids, problems with the gallbladder and cravings for overeating; if a woman tries to get pregnant, she will realise that lack of progesterone is responsible for anovulatory periods – the absence of ovulation and quality eggs.

One study has come to the conclusion that reduced levels of progesterone can also be used to diagnose premenstrual syndrome. Progesterone somehow sums up all problems that women can experience throughout their lifetime, from puberty onwards. That is why it is important to make sure that women maintain their hormonal balance, because once it is disturbed, it is not at all easy to restore it.

How to increase progesterone? Progesterone is not an ingredient found in food; however, some foods have the ability to stimulate its production in the body: legumes, broccoli, sprouts, cabbage, nuts, pumpkin, green leafy vegetables, whole grains… Some foods can reduce the level of oestrogen, which increases the percentage of progesterone; those foods are seafood, walnuts, cabbage and bananas. Food rich in omega 3 and 6 unsaturated fatty acids (tuna, sardines, salmon, mackerel) contributes to healthier ovulation. Vitamin C from fruits and vegetables also raises the level of this hormone, as well as B group vitamins. Zinc does not only regulate the level of progesterone, but it is also necessary for the work of the pituitary gland, which also secretes FSH. Magnesium regulates sex and endocrine hormones, but certain herbs also effectively balance hormones and help in the treatment of infertility.

Nature in synergy with the Herba Svet laboratory offers us two solutions: a combination of medicinal herbs that help us maintain a good balance of hormones during the reproductive period in the form of Femisan A drops or capsules, as well as a different combination of herbs that will help us alleviate or eliminate the unpleasant symptoms of menopause – Femisan B drops and Femisan Gold capsules. The combination of phytoestrogen-based herbs in the latter is particularly focused on problems in perimenopause caused by low progesterone levels. With the onset of menopause, when the body still vacillates, these preparations can be combined, until the menopause settles. Femisan A, B and Gold are our precursors to an efficient reproductive system and general health. 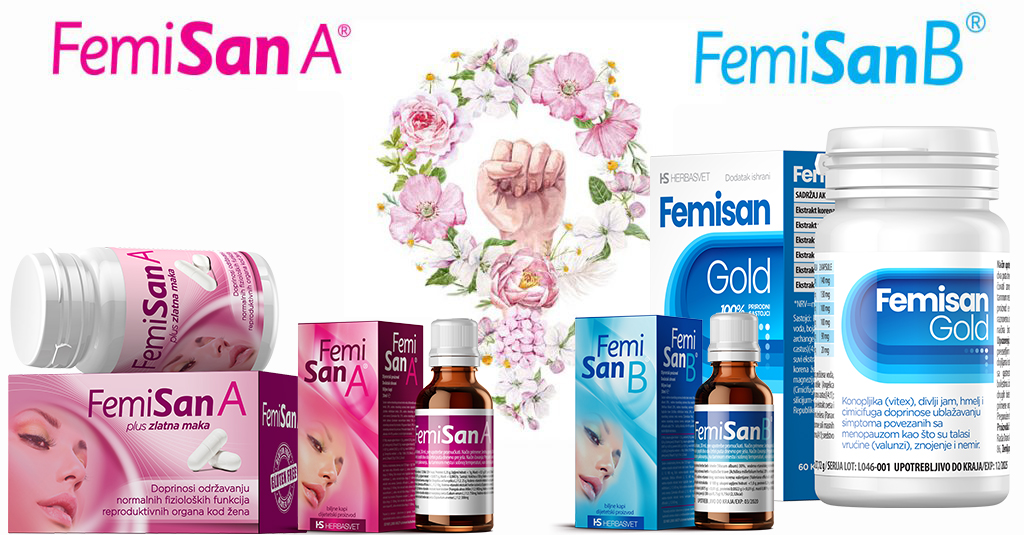