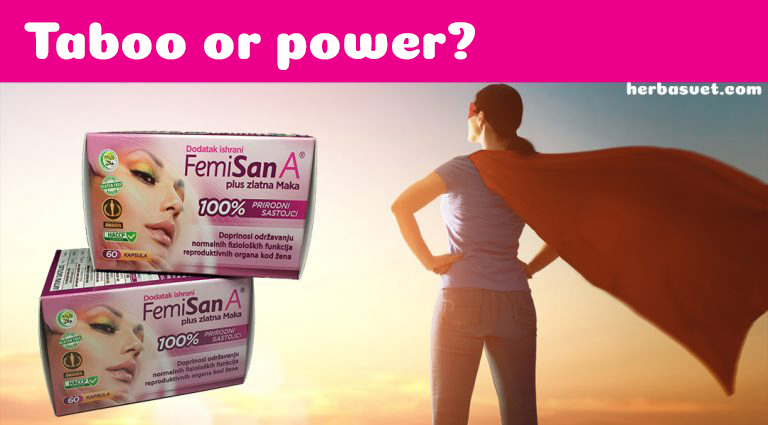 Although menstruation is viewed as something completely normal in our part of the world today, and the feminine hygiene industry has been engaged in making this time as easy as possible by producing high-quality pads and tampons for women, it seems that monthly bleeding is still something that women would rather hide. Recently, we read a news report that a 12-year-old girl in India committed suicide because she was embarrassed by her teacher who ordered her to leave the class after she had left a blood stain on the chair.

Such cases are part and parcel of a multi-millennium legacy that persisted until recently even in the most developed parts of the world. Until the 19th century, Western medicine had not done much research into the female monthly cycle, so ovulation was not even associated with menstruation at all. It was believed that women bled to ‘cool down’ their emotional hysterical nature. In 19th century Britain, it was believed that a woman should not make butter and cure ham during menstruation because they would be spoiled. Even in the 1920’s, the Viennese scientist of Hungarian origin, Béla Schick, believed that during menstruation – through the skin and blood – women release ‘menotoxin’ – a menstrual poison that destroys plants, spoils wine and pickles and prevents the dough from rising. This theory was revived by the British doctor Reed in 1974. 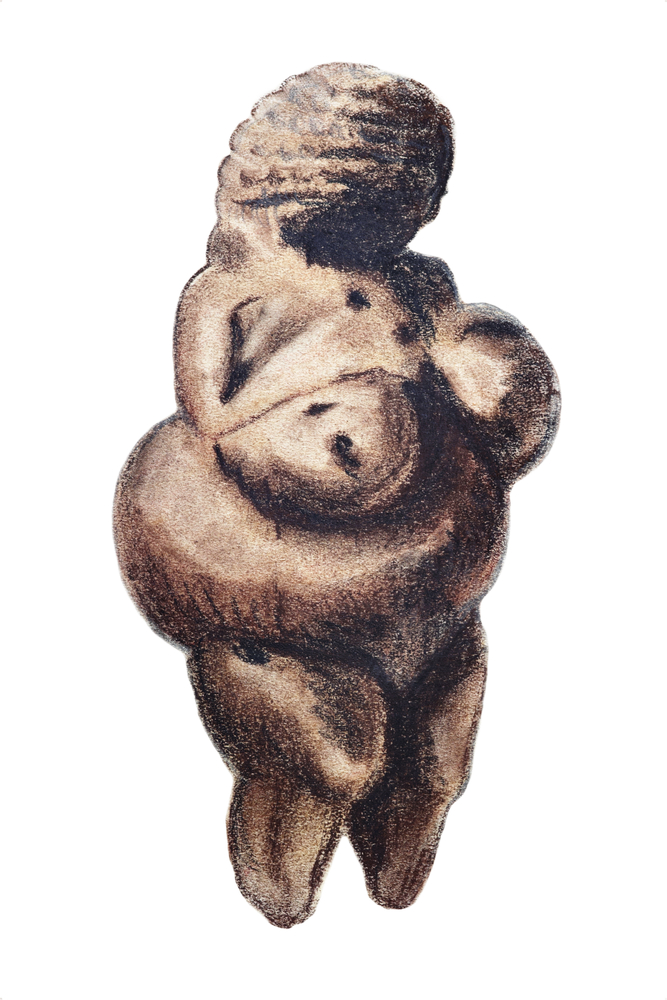 Prehistoric Venus – with the end of the matriarchy, myths about female power were suppressed and those about its “impure” nature surfaced.

In the previous few centuries, there were various theories about menstrual blood and some of them advocated its beneficial properties. Pliny’s writings recorded beliefs prevalent among the ancient Romans who used it as a fertiliser for the fields, and even to treat gout, inflammation of the salivary glands, intestinal parasites and headaches. The Romans were convinced that menstrual blood could stop storms, thunder and hail, but also kill bees, cause rabies in dogs, fog mirrors and dull swords. In mediaeval Europe, it was believed that menstrual blood cured the plague, which we can read in the writings of Abbess Hildegard of Bingen. At the same time, there was also a diametrically opposite belief – that it is possible to catch the plague during intercourse with a menstruating woman, and that sex can then lead to “corrosion” of the penis.

Some African tribes still believe that menstrual blood is an aphrodisiac and that it has magical properties. On the other side of the world, in Nepal, there was a tradition of locking menstruating women in special huts, a practice banned as late as 2005. In India, women are still considered impure during periods. Orthodox Jews to this day believe that during periods – with a mere touch – a woman can befoul a man, as well as all objects in the house. For a long time, the Serbian Orthodox Church forbade menstruating women from entering the church, or it used to set aside special places for them, among other things, for practical reasons, because women did not have adequate pads and would sometimes leave blood stains behind. The treatment of menstruating women in Islam is least restrictive – it preaches that a woman should not say certain prayers during period, but it also has another very interesting rule: that a man is not allowed to divorce his wife while she is menstruating.

WHAT LIES AT THE BASIS OF SUPERSTITION?

All this leads to the conclusion that superhuman powers have always been attributed to menstruating women, which possibly created fear in the male population and produced various theories about ‘impurity’ for the purpose of self-defence. Anthropologist Mary Douglas states that, throughout history, everything that has been connected to blood – war, ritual bloodletting, hunting, ritual sacrifice and torture – was exclusively ‘men’s work’. Menstrual bleeding was the only case related exclusively to women and thus completely “inappropriate” in the macho world, so it was necessary to censor it, to call it impure and unacceptable. Hence the belief that a menstruating woman is impure and even dangerous for men and nature.

Although women’s emancipation is in full swing, today we still live in society dominated by the male view of the world. Researching the past, taboos and rituals related to menstruation can help us understand that there is nothing inappropriate and impure about it; on the contrary, menstruation is a part of the cycle that has the greatest possible power, even ‘divine’ power – the power to create life. In this sense, a woman is a superhero. Admittedly, it cannot stop the thunder and lightning and devastate the fields, but it can do much more than that: it can bring a new human being into the world. 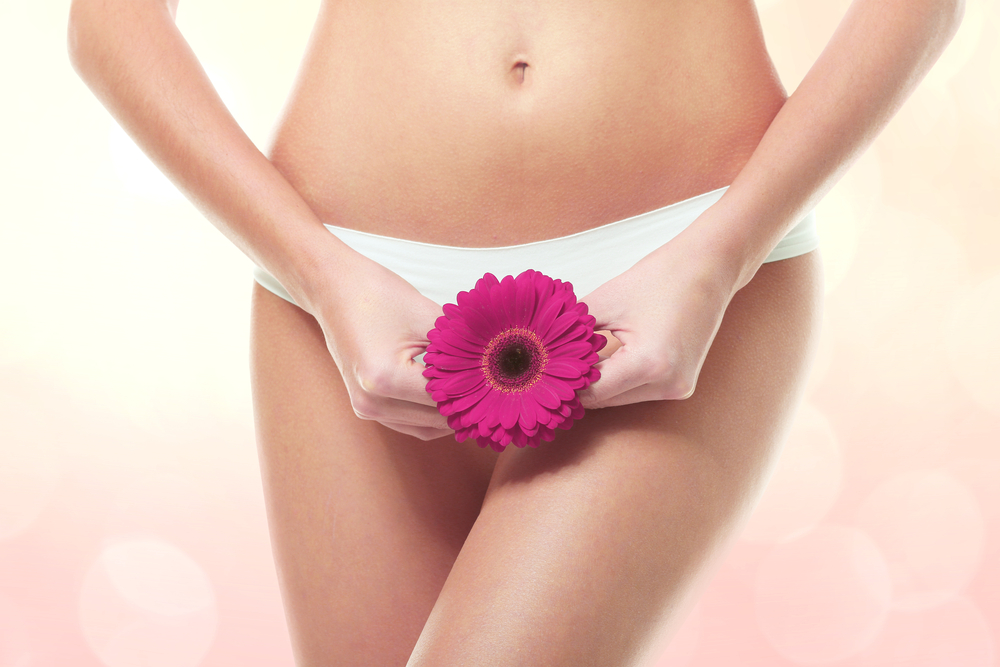 WHAT DOES SCIENCE SAY ABOUT MENSTRUATION?

Menstruation is normal vaginal bleeding that occurs during a woman’s monthly cycle. Every month during a woman’s reproductive period (from the first menstruation until menopause), an egg cell matures in the ovary. With the help of sex hormones, primarily oestrogen and progesterone, each month the body prepares for possible fertilisation and pregnancy, so the inner lining of the uterus (endometrium) thickens, thus creating an ideal environment for a fertilised egg to nestle in it. When fertilisation does not occur, under the influence of hormones, this lining separates, peels off and is thrown out. This process is called menstruation.

A girl gets her first period, professionally called menarche, around the age of 12, when she enters puberty; the last one occurs around the age of 50. The period that occurs one year after the last menstruation is called menopause. Menstruation lasts approximately between two and seven days, it occurs on average every 28 days (one menstrual cycle) and during that period it is necessary to use pads and tampons. Regular intimate care is also mandatory. The first day of menstruation can be more painful in the abdominal area and the bleeding more abundant, so physical activity should be moderate. In the last few days, bleeding is reduced – therefore daily pads can be enough and sports can be played without any problems.

Absence of menstruation during the reproductive period is normal if the woman is pregnant. Pregnancy can be prevented by various methods of contraception, including birth control pills, about which it is best to consult a gynaecologist. When planning a pregnancy, it is good to keep records and a calendar of ovulation and menstruation. Regular menstruation is a normal phenomenon and a sign of a woman’s good health. Irregular menstruation and changes in its flow or accompanying symptoms can indicate disorders, primarily a hormonal disorder that can then cause some diseases. In the case of disorders of the endocrine glands or reproductive organs, periods can be absent or be scanty, excessive or painful. They can also indicate the presence of uterine fibroids or polycystic ovary syndrome. Regular menstruation is a sign of a good hormonal balance, which is also reflected in our appearance: healthy skin, clear complexion, thick hair, mental stability and good mood. 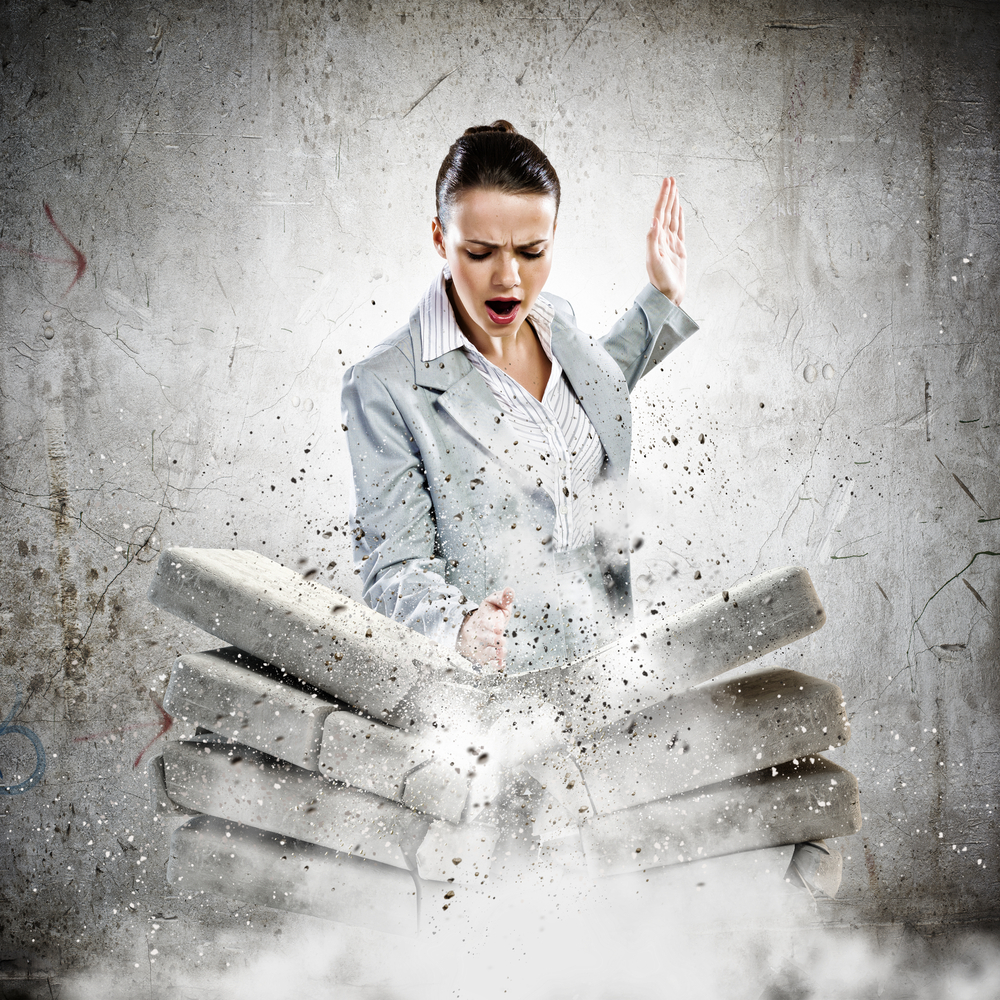 And that is why when you get your period, be aware of your own power. Let every menstrual cramp and pain remind you of how strong you are and what you can achieve. One mediaeval recipe to treat heavy periods involves catching a frog, burning it in a jar and carrying its ashes in a bag close to the lower abdomen. Although today this seems funny, it probably had a ‘placebo effect’. Today you do not have to hunt and burn frogs, it is enough to take Femisan A drops or capsules.

Femisan A is a completely natural preparation based on medicinal herbs that regulates irregular periods, relieves pain, PMS symptoms, reduces heavy menstrual bleeding, in short – it helps women to be healthy and powerful with as few unpleasant symptoms as possible. With regular gynaecological examinations and good hormonal levels, we will feel healthy and powerful. Especially as Femisan A enhances another power – the power of fertility. 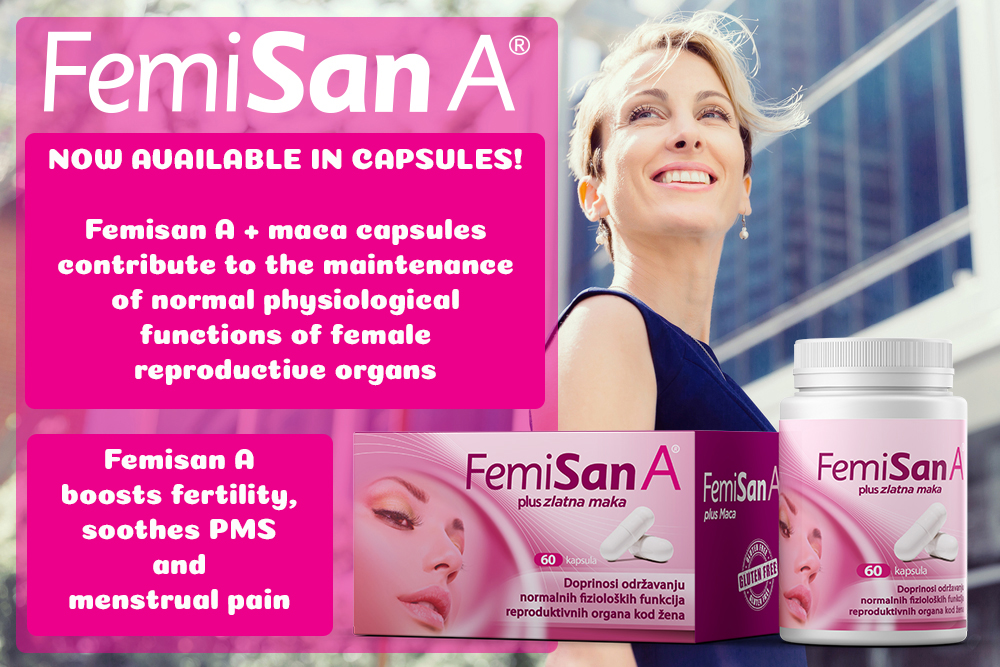