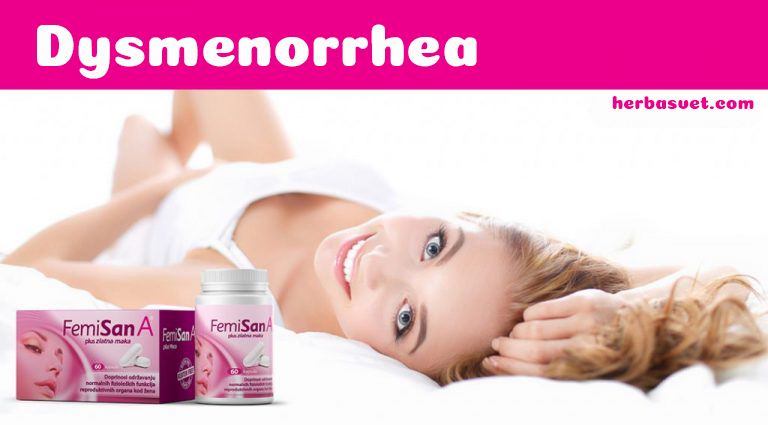 We all know that time when we do not feel like doing anything, we just want to curl up in bed, put a pillow or hot water bottle on our stomach and occasionally comfort ourselves with a chocolate bar. Pain in the lower abdomen is a normal phenomenon, and probably all women are more or less used to it when they have periods. But very painful periods are not a figment of a woman’s imagination, but a serious, disabling problem. Pain can be of different intensity and is often accompanied by cramps, a feeling of bloating, dizziness, headache, changes in digestion, nausea and irritability. And why is this so?

A day or two before the period starts, women begin to feel mild cramps which intensify with the appearance of bleeding and continue during the next few days. The pain can extend along the thighs and affect the lower back, while the cramps are strongest in the region of ​​the uterus. Cramps are caused by prostaglandin, a hormone secreted by the endometrium in the uterus, which triggers contractions in order to shed and renew the endometrium, which is the final aim of periods. Prostaglandin is also responsible for the contractions that precede childbirth and help push the baby out of the uterus. During contractions, blood flow to the uterus is interrupted, leaving it without oxygen. The uterus is a muscle and has the ability – like any other muscle – to contract and relax; pain is felt when it contracts. 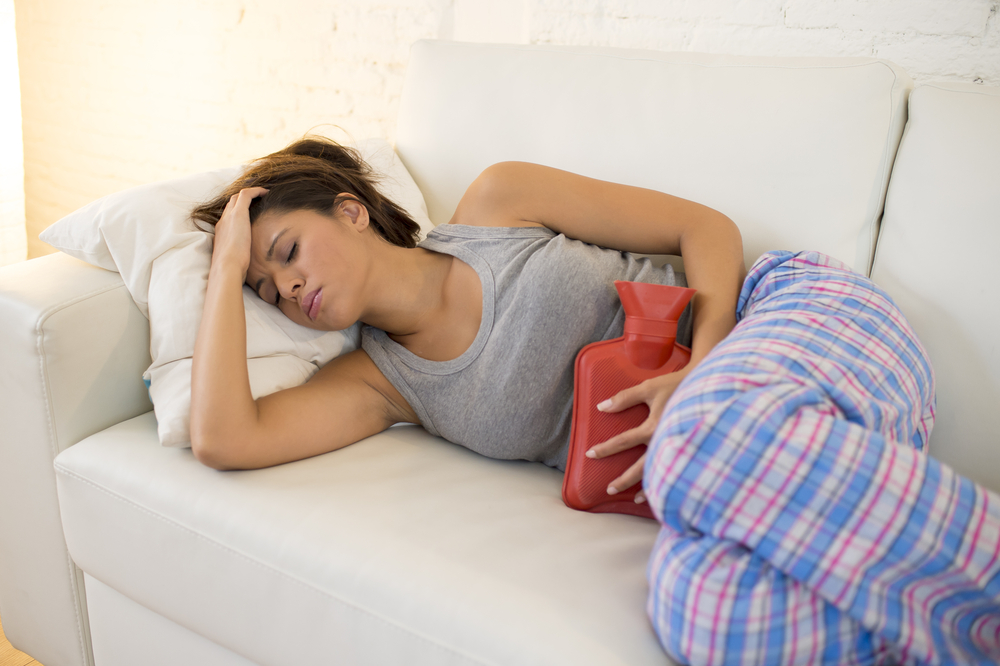 Unusually strong menstrual cramps and pain in adolescence and youth, which can appear as early as puberty, are called primary dysmenorrhea; later in life, after 35 years of age, women can experience extremely strong cramps around and during their period, even stronger than during childbirth – and this is professionally called secondary dysmenorrhea. These painful periods are caused by disorders of the reproductive system, most often endometriosis and adenomyosis. Endometriosis is a condition that most often affects women in their thirties and forties and is characterised by the abnormal expansion of parts of the endometrium (lining of the uterus) outside the uterus, which then stick and form tissue on the fallopian tubes, ovaries, and sometimes on the digestive organs. When a period begins, this tissue “remembers” that it needs to be separated and peeled off, and then the woman feels excruciating pain. In adenomyosis, endometrial cells grow into the wall of the uterus itself.

Abnormal pain and increased vaginal bleeding can be caused by cervical stenosis, polyps in the uterus as well as fibroids, benign tumours that grow on the inner or outer walls of the uterus. Fibroids often go unnoticed until they are detected during regular gynaecological and ultrasound examinations. Various types of infections can also increase pain during a period, which is accompanied by severe inflammation of the ovaries and fallopian tubes.

HOW TO RELIEVE PAINFUL PERIODS?

Pain-killers such as paracetamol can be used for milder cramps, and non-steroidal anti-inflammatory drugs (NSAIDs) such as ibuprofen are usually prescribed for stronger ones. Although ibuprofen relieves pain, it should not be used too often because, in addition to being harmful to the lining of the digestive system, one should be mindful that it can interfere with conception. Namely, ibuprofen affects fertility by interfering with the production of the luteinising hormone. As for aspirin, it can also relieve pain, but it is by no means recommended during a period because it dilates blood vessels and can cause increased menstrual bleeding. Doctors can also prescribe hormonal contraception to normalise the menstrual cycle, which in most cases is a temporary solution whose efficacy is limited to the time when the pill is taken.

However, there is also something that women have used since times immemorial and that has been proven to help with these health problems: medicinal herbs. Lady’s mantle is a plant in which women have sought salvation for centuries; it is famous for its ability to relieve premenstrual symptoms, painful periods and disorders such as endometriosis, adenomyosis, fibroids and infections, which has been proven by modern scientific research. Lady’s mantle is great in combination with yarrow, which is a famous antispasmodic – it has the ability to relieve spasms and pain and is proven to relieve dysmenorrhea. Marigold fights the unpleasant feeling of bloating at the beginning of the period and during PMS because it has the power to expel excess water from the body. Herb Robert also reduces flatulence and relieves PMS, and acts as a mild sedative.

All these herbs are ingredients in a completely natural preparation – Femisan A. Femisan A is available in the form of drops and capsules and with proper application can be used indefinitely without any side effects. Femisan A can be used by young women from the first menstruation. When the reproductive period ends, with the onset of menopause, it can help to reduce big hormonal oscillations and then it can be combined with Femisan B or Femisan Gold. Femisan A does not only alleviate PMS and unpleasant menstrual complaints, but it is of great help for serious problems, disorders and diseases, such as ovarian cysts, polycystic ovaries (PCOS), endometriosis, fibroids, cervical ulcers and fibrocystic breasts. As it stimulates microcirculation in the region of ​​the ovaries, this combination of medicinal herbs contributes to healthy and high-quality ovulation, thus facilitating conception and ensuring a healthy and carefree pregnancy. Regular gynaecological examinations, proper hygiene and Femisan A are an ideal combination for women’s good health. 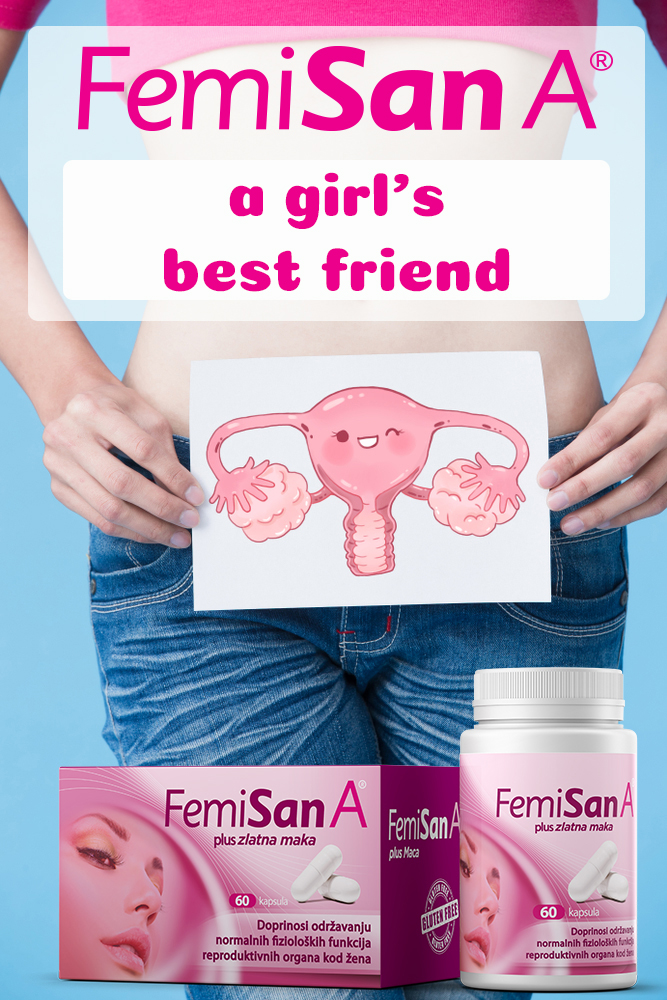