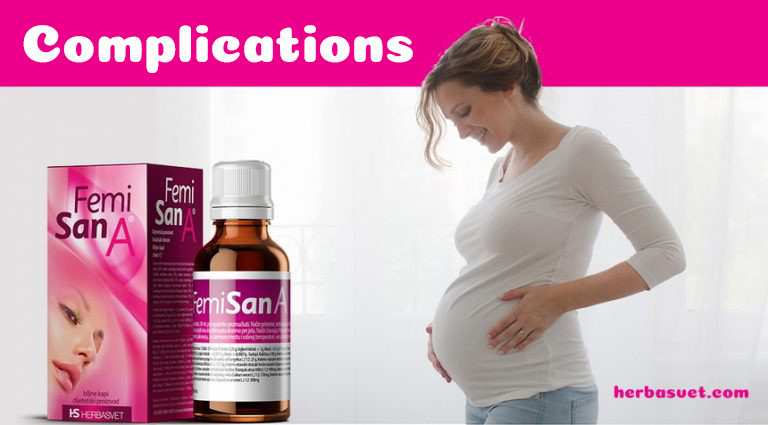 Ovulation occurs in a woman’s ovary around the 14th day of the menstrual cycle every month, during reproductive period. This is the moment when the most mature egg cell is released and starts its journey through the fallopian tube, in order to fulfil its reproductive purpose, that is – to meet the spermatozoon that will fertilise it. Its lifespan is only 24 hours, so there is not much time to waste. That is why, oestrogen and progesterone, the two most dominant hormones, at the same time ensure that the uterus is prepared: its inner layer, the endometrium, thickens and is ready for the fertilised egg to be implanted in it, where it will remain for the next nine months, until birth. This should happen four to six days after fertilisation. This ideal scenario happens rarely, if ever. However, this process is repeated from month to month, every 28 days. In rare situations there can be complications, like an ectopic pregnancy.

WHAT IS ECTOPIC PREGNANCY?

Numerous uncertainties await the ovum on its way. Not only is it uncertain if it will meet the required sperm, but also when the two meet and fertilisation occurs, whether it will reach the uterus. If it fails to find its way to its final destination within six days, it will remain where it is – in the ovary, cervix, most often the fallopian tube, or even in the stomach cavity – and will continue to develop. Such a phenomenon is called ectopic pregnancy and it happens in one of nine pregnancies. It mostly occurs in the fallopian tube, which is very dangerous because the embryo can cause rupture of the fallopian tube and internal bleeding, which requires urgent medical help. Unfortunately, 4 to 6 percent of deaths of pregnant women during the first trimester are caused by this disorder. 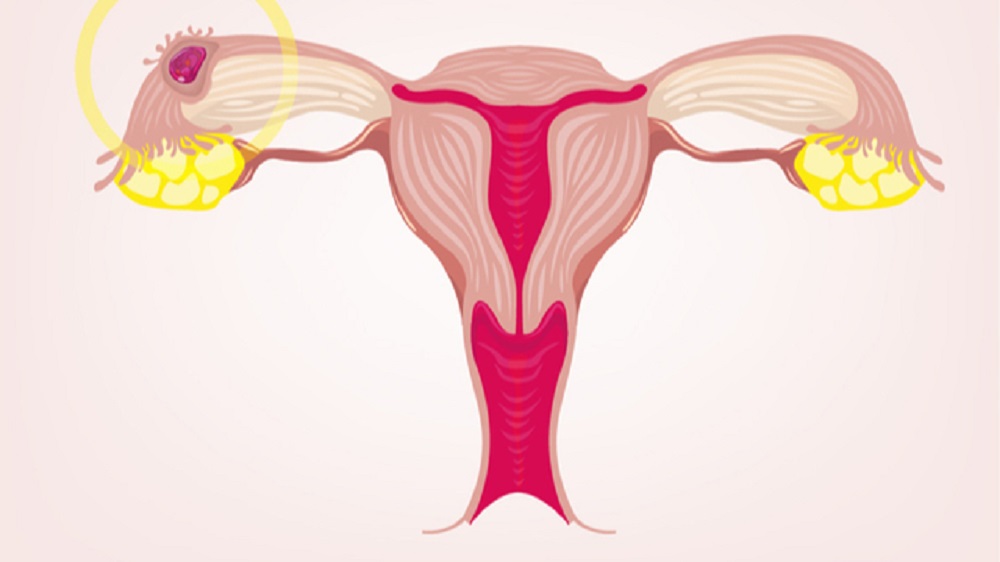 A gynaecologist who suspects an ectopic pregnancy can diagnose it using the beta HCG hormone from the blood. During pregnancy, levels of this hormone double every other day. When pregnancy is not visible during ultrasound examination and HCG is increased, it is a sign that a fertilised egg has remained outside the uterus.

WHO IS AT RISK?

The number of ectopic pregnancies has increased globally in the past couple of decades, and one of the main risk factors is considered to be assisted conception. Some other risk factors are the use of intrauterine contraception (coils), a history of infertility, first pregnancy interval , a history of pelvic inflammatory disease, infections or surgery of fallopian tubes, blocked fallopian tubes, chlamydia,  termination of pregnancy and cigarette smoking. Also, once it occurs, the risk of ectopic pregnancy increases in subsequent pregnancies, even by 17 times.

With assisted pregnancy, a normal and an ectopic pregnancy can occur at the same time: one egg is implanted in the uterus, while the other fails to reach it and is implanted in another place. Although such cases are rare, with frequent attempts at in vitro fertilisation, their incidence increases.

Another risk is endometriosis – women who suffer from this disorder are, in addition to ectopic pregnancy, more susceptible to the risk of miscarriage and complications during pregnancy. The endometrium tissue, which in this disorder grows outside the uterine cavity, can also “inhabit” the fallopian tubes and thus obstruct the passage of the ovum. Polycystic ovaries (PCOS) are more common in women who have been diagnosed with an ectopic pregnancy.

Using an IUD increases the risk of ectopic pregnancy four or five times, which is attributed to the inflammation caused by this contraceptive. One study has found that with the progesterone spiral, the risk is not only its use, but also the length of use and pain in the lower abdomen caused by its insertion, as well as the use of paracetamol or aspirin before pregnancy.

A study that followed 83 patients has found that a close relationship exists between previous miscarriages and ectopic pregnancy. This role can also be played by late ovulation, which leads to “excessive maturation” of the ovum. However, we can often cause harm to ourselves: a study that followed ectopic pregnancies over two years has found that tobacco smoke is a special risk factor that increases with the amount of cigarettes consumed. Fortunately, the risk is reduced if a woman quits smoking at least one month before conception. In addition to increasing the risk of ectopic pregnancy, tobacco smoke reduces the body’s immunity, increases the chances of infection with sexually transmitted diseases and – even if a normal pregnancy occurs – it has a very negative effect on the development of the foetus. 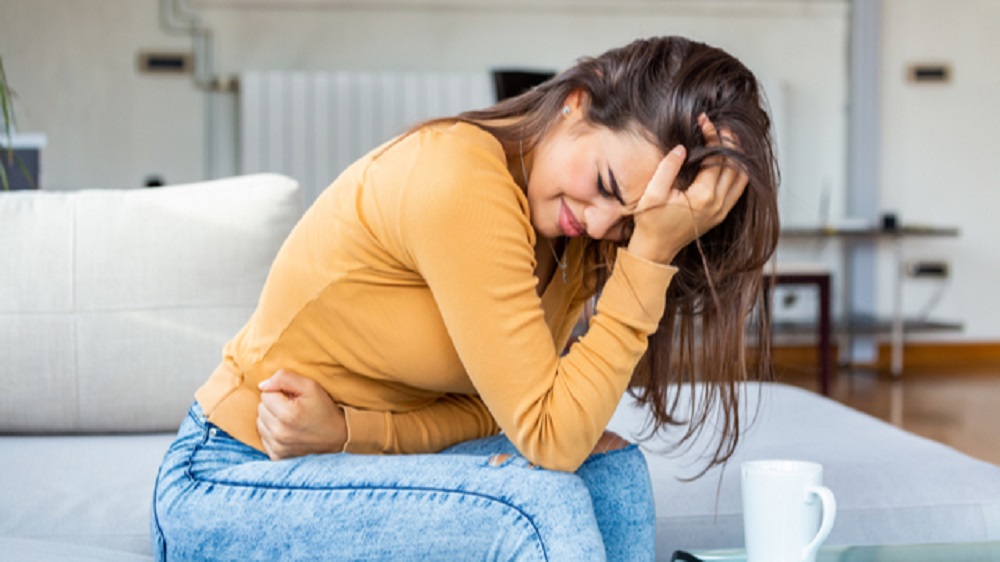 WHAT TO DO AFTER AN ECTOPIC PREGNANCY?

If an ectopic pregnancy is established, it cannot be sustained, so the egg will either disintegrate on its own, under specialist monitoring, or the pregnancy has to be terminated. This can be done either by administering methotrexate injections, an antimetabolite that stops cell growth and thus stops pregnancy, or by surgically removing the egg. Today, such interventions are mostly performed laparoscopically (keyhole surgery), but recovery is still necessary after such procedures. If an ectopic pregnancy in the fallopian tube is detected late, surgery is inevitable, and everything could lead to the loss of the fallopian tube and thus result in infertility. Even when everything goes well, it is good to wait for a while before trying again to achieve a normal pregnancy, and one should bear in mind that this may become difficult in the future as an ectopic pregnancy may reoccur. Regular gynaecological check-ups are mandatory.

Although we cannot prevent ectopic pregnancies, we can reduce the risks that lead to them. Prerequisites not only for normal conception, but also for general health and a good quality of life are: avoiding risky sexual contacts, adequately protecting and caring for your reproductive health, leading a healthy lifestyle, eating quality food, regular exercise and avoiding tobacco smoking. When planning for pregnancy, we can increase our chances of it happening and reaching a happy end. Femisan A drops and Femisan A capsules is a natural preparation based on medicinal plants that improves microcirculation in the ovaries and thus ensures high-quality ovulation, but also contributes to the establishment of an ideal hormonal balance. And as it has been proven that certain nutrients play an important role in pregnancy, especially folic acid, another ideal supplement for expectant mothers comes from the Herba Svet laboratory: Femisan Folate Pro. Alongside folic acid in its most useful form, it also contains omega 3-6-7-9 fatty acids, vitamins B6 and B12, biotin and vitamin C – this contributes not only to the good health of mother and baby, but also to their beauty. With Femisan A and Femisan Folate Pro, pregnancy is a journey with the happiest of endings. 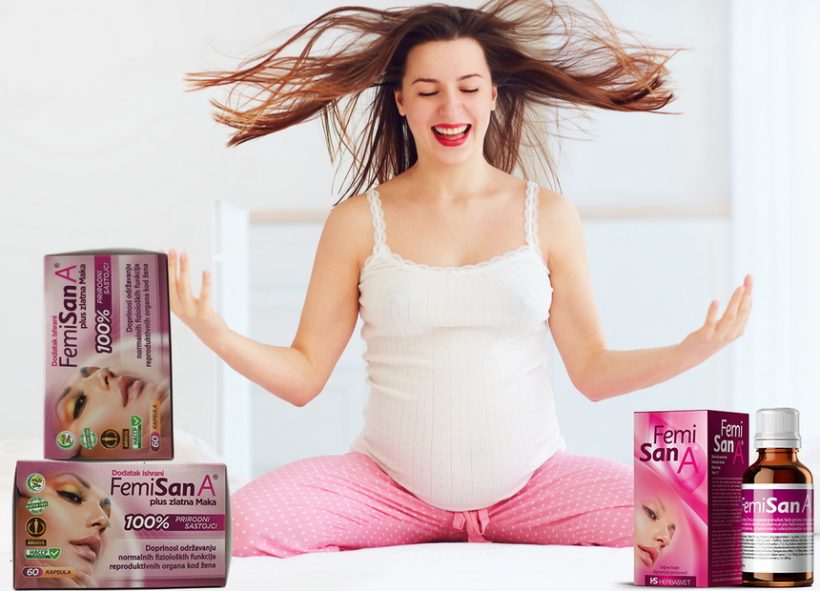