Endometriosis is a disorder that occurs in women who are of reproductive age, between the first menstruation and menopause; it is characterized by the growth of uterine mucosal tissue outside the uterus and around the surrounding organs. The inner lining of the uterus, the endometrium, which peels and regenerates during each menstruation, plays a significant role during conception because it provides perfect conditions for the development of the embryo. When fertilisation does not occur, this tissue separates during menstruation and is expelled from the body. In endometriosis, fragments of this tissue by mistake come back through bleeding from the uterus and reach internal organs of the abdominal cavity, abdominal tissue, walls of the pelvis, external parts of the uterus, ovaries, fallopian tubes; they can also reach the bladder, intestines, kidneys and even lungs. The tissue sticks to the organs, expands and thus creates nodules – foci of endometriosis, which grow and burst during menstruation and have no way of leaving the body. As this tissue “remembers” its task of peeling and bleeding every month as if it were still inside the uterus, it usually causes great pain during menstruation; since it changes the structure of the reproductive organs, endometriosis is often the cause of infertility in women. Endometriosis can be so painful that in most cases it makes it impossible to perform normal daily activities and it can greatly impair a woman’s quality of life.

It is still unknown what the exact cause of endometrial tissue growing outside the uterus is. One explanation that science has offered is that this most likely happens due to disorders in hormonal levels and immune cells – prostaglandins, cytokines and oestrogen, as well as a reduced response to progesterone. Heredity also plays a big role in it and unfortunately it can also be caused by human error – when surgeons accidentally transfer the uterine tissue to other parts of the body during an operation. Recent research has shown that women who get their first period before the age of 11, those with a shorter period and tall women are at a higher risk, and the risk is increased by excessive intake of alcohol and caffeine. One study linked physical and sexual abuse during childhood and early adolescence to an increased risk of endometriosis  – as much as 79 per cent. 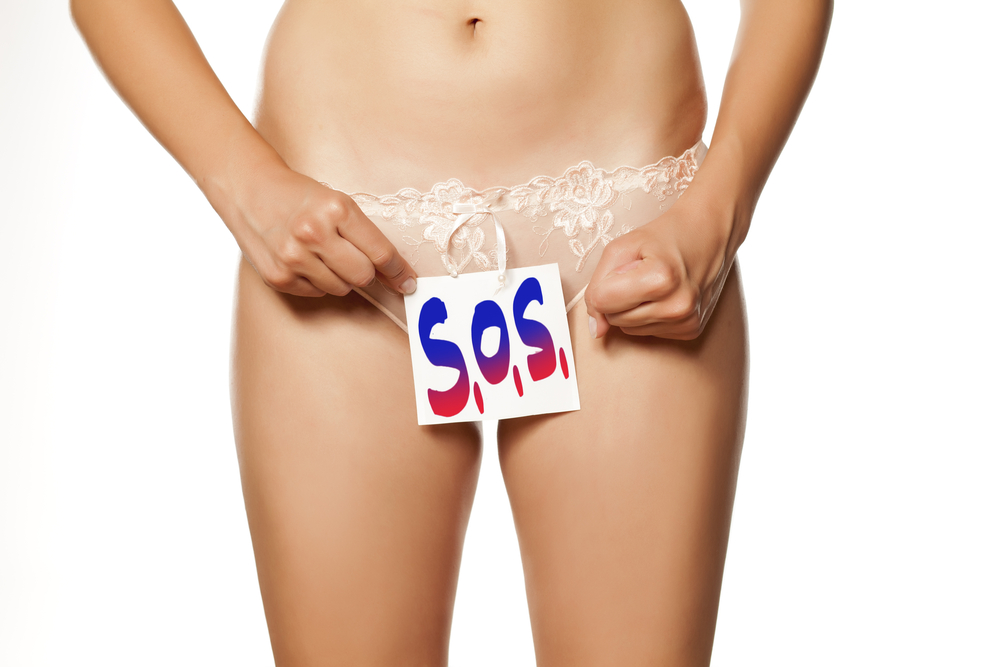 However, recent research has found that female foetuses exposed to low levels of testosterone in the womb develop endometriosis later in life when they reach adulthood. Allegedly, low testosterone levels “programme” the development of a woman’s reproductive system and as a result, in addition to endometriosis, this causes premature first menstruation, shorter menstrual cycles, high sensitivity to pain, worse inflammations and altered levels of hormones that control ovulation and menstrual cycle. Researchers who worked on this study claim that there have been no momentous discoveries related to this disorder so far, because scientists have mainly focused on female reproductive hormones, especially oestrogen. But testosterone, although a male sex hormone, is also of crucial importance for the formation of reproductive characteristics in both sexes. They claim that this discovery also explains the polycystic ovary syndrome, in which embryos are exposed to high levels of testosterone, so these two disorders are diametrically opposed, but caused by the same hormone. What inspires hope, if these researchers are right, is that this discovery may contribute to finding an adequate therapy for endometriosis.

Statistics in Britain show that as many as 62 per cent of women with symptoms characteristic of endometriosis delay going to see a doctor, either out of shame or because they believe that it is not something serious. In girls and young women between 16 and 24 years of age, that percentage is even 80 per cent. Going for an examination is delayed even when endometriosis greatly impairs a woman’s quality of life and her productivity.

Endometriosis is also known as a disease of urban women. Women from the countryside who move a lot and work in the fields rarely get this disease. It has also been observed that oestrogen secretion is drastically reduced in professional athletes. All this points to the importance of physical activity as a natural method for balancing the hormones. When it comes to endometriosis, experiences are varied, but a healthy lifestyle, proper diet and plenty of exercise are certain to help every woman. 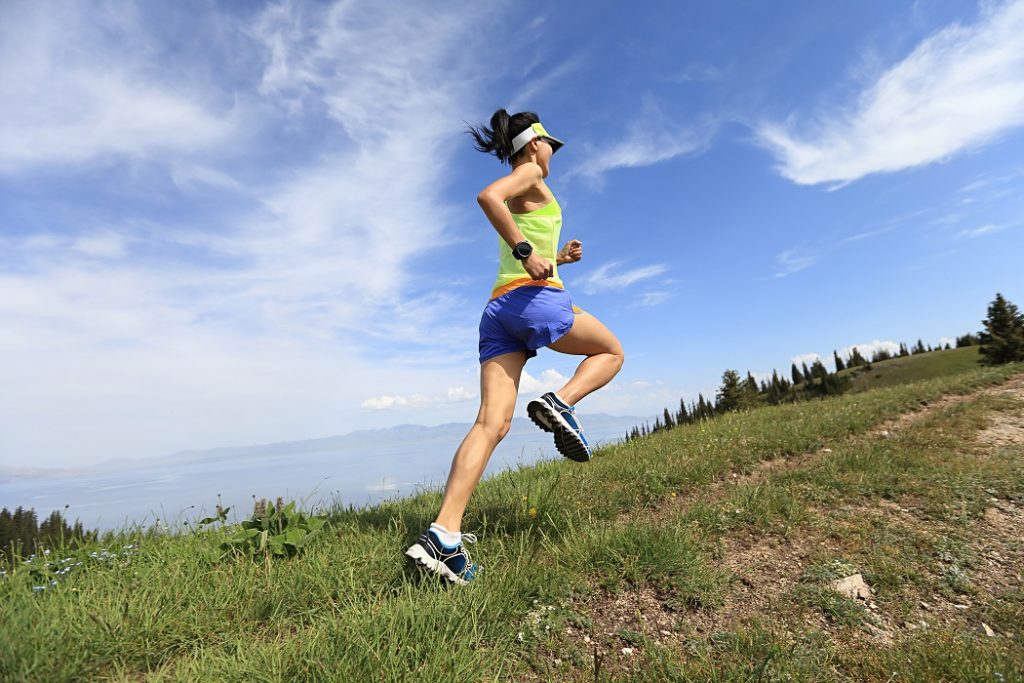 Endometriosis is, therefore, an insidious disease because it is very easily overlooked. Its symptoms are reminiscent of painful menstruations, so women often have no idea that something out of the ordinary is happening to them, and gynecologists usually do not notice it in ultrasound tests at an early stage.

The most common symptoms of endometriosis are painful and irregular menstruation, pain in the small pelvis that drastically intensifies during menstruation which can last longer than seven days and can spread to the lower back, bleeding episodes between periods, pain during intercourse or when emptying bowels and the bladder, bloating ,constipation, diarrhoea and nausea. Occasionally there are symptoms reminiscent of appendicitis or kidney problems. Endometriosis is a problem that only expands and worsens because oestrogen continues to secrete excessively, the growths increase, they become more painful, and they can infiltrate even deeper into the tissue.

The diagnosis of endometriosis is formally made through laparoscopic surgery. Many women receive an official diagnosis on average eight years after the existence of this disorder is suspected. Modern research has identified changes in DNA in women suffering from endometriosis that alter genetic activity, so the aim in the future is to diagnose the disorder without the need for surgery.

Some women only realise that they have endometriosis when they try to conceive. This disorder is a very frequent cause of infertility in women: as many as four in ten of those who struggle with infertility have endometriosis. Endometriosis interferes with fertility by negatively affecting normal functioning and movement of follicles and sperm, fertilisation, implantation and embryo development. However, endometriosis most often occurs on the ovaries and on the fallopian tubes. Tissue that grows outside the uterus leads to ovarian endometriosis, it blocks the fallopian tubes and causes endometriotic cysts on the ovaries, also known as chocolate cysts; this can lead to rupture or twisting of the ovaries and thus interrupt blood supply to this reproductive organ, causing its death. As this disorder changes the shape of reproductive organs it encumbers the “meeting” of the egg and spermatozoa. Even if that encounter and fertilisation occur, the next obstacle caused by this disorder is improper development of the endometrium – the inner lining of the uterus into which the fertilised egg is implanted. Endometriosis can even trick our immune system into seeing a healthy embryo as a foreign body and damaging or destroying it. Some observations have raised suspicions that endometrial cells promote inflammation and thus prevent implantation.

Recent research has revealed another factor associated with endometriosis and infertility: low levels of the HDAC3 protein, histone deacetylase 3, which plays a major role in the epigenetic regulation of gene function due to which the egg cannot be normally implanted in the endometrium of the uterus.

Endometriosis is treated with drugs, hormone replacement therapy or surgery, while non-steroidal anti-inflammatory drugs are usually prescribed for pain; when used in the long run they can be very harmful. Therefore, it is necessary to find a natural solution to alleviate the symptoms of endometriosis. In addition to regular exercise and, of course, a healthy and balanced diet, phytotherapy is also of great help. The combination of medicinal herbs in Femisan A preparation gradually restores the balance of hormones in a completely natural way, but also replaces pain killers because it calms cramps and soothes bleeding. Femisan A is used for disorders that most often occur in the reproductive period: it will calm painful menstruation, regulate bleeding, prevent the appearance of cysts and have an impact on the existing ones, and will soothe inflammations of the urogenital tract. It is also there to help with problems with conceiving. Femisan A is a woman’s best friend from puberty to menopause. 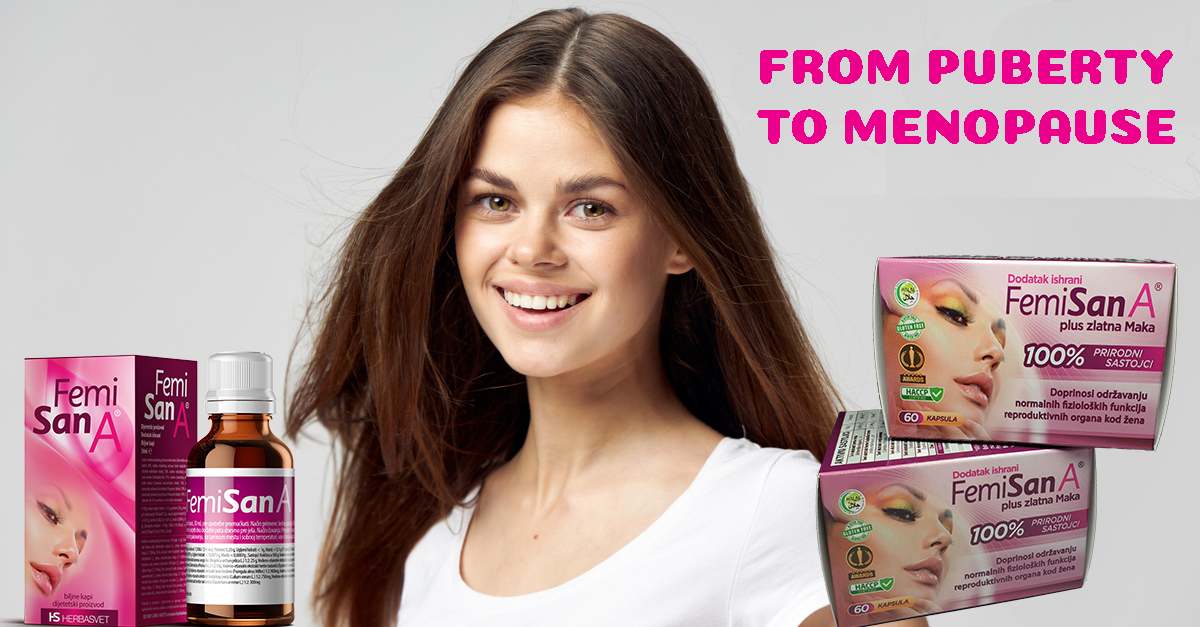