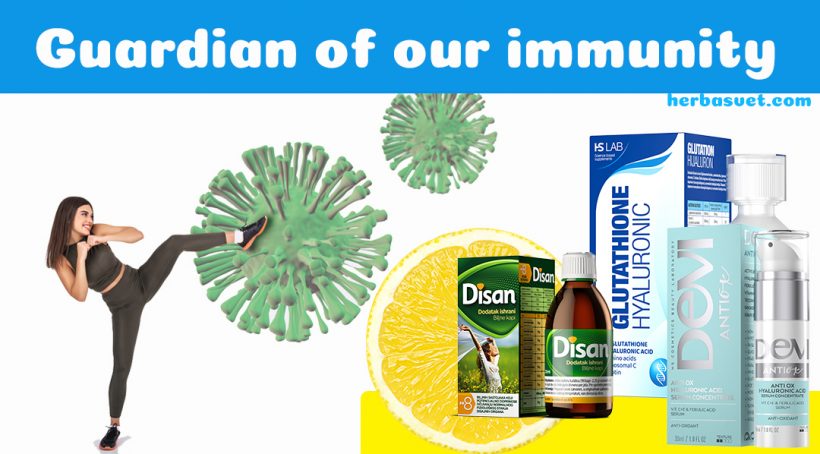 Vitamin C is probably the most famous vitamin with a long history; it was known even before it was isolated in the laboratory in 1928 and so named. Today, cases of scurvy are rare, but this deadly disease used to kill thousands of people, especially sailors. A feeling of fatigue was accompanied by shortness of breath, bleeding gums, joint pain, open wounds that could not heal and heart disorders. As early as 1622, explorer Sir Richard Hawkins noticed that lemons and oranges were of great benefit to fight this disease. More than a century later, in 1747, James Lind, a doctor in the British Royal Navy, performed one of the first clinical studies on a sample of 12 sailors who had symptoms of scurvy. He divided them into six groups and gave each group, i.e. a couple of sailors, a different therapy ranging from vinegar, through elixirs that were available at the time, and even sea water. One couple received two oranges and a lemon a day, which completely cured the sailors by the end of the same week. However, Lind’s famous Treatise of the Scurvy was not applied until 42 years later, when the Admiralty issued an order to provide lemon juice to all sailors. Even then, scurvy was not completely eradicated because lemons often spoiled, some sailors boiled them and thus destroyed vitamin C, and the state tried to make savings by supplying from plantations in the colonies limes that contain half of vitamin C commonly found in lemons. The disease was present due to these ignorant delays until the final scientific discovery of vitamin C was made in the 20th century. Scurvy remained in the name of ascorbic acid, the most important component of vitamin C (a meaning no; scorbutus – scurvy).

Vitamin C is not very stable and it easily decays at high temperatures, something that sailors experienced on their own skin. It is an essential vitamin, which means that our body is not able to synthesise it and we have to take it in with food. The sailors were convinced of that, especially those who, during long overseas voyages, ate ship rats – animals that, unlike us, can synthesise this vitamin – and which did not suffer from scurvy. Today, science has gone even further and found a way to better absorb it. Our body does not need much of this vitamin – less than 100 mg is enough to meet our basic daily needs. But today we take it in much larger doses for several reasons. One is that our body is not able to fully absorb this water-soluble vitamin: only 20 per cent of it is used while the remaining 80 per cent accumulates in the colon. The other reason is that it has been found that this vitamin has a healing effect when taken in higher doses.

WHAT IS LIPOSOMAL VITAMIN C?

Scientists have discovered that the solution lies in liposomes. These are micro-transporters, microscopic “capsules” that are soluble in fats and which carry vitamin C from the digestive system directly into the cells through a special process. In that way, up to 80 per cent of this vitamin is absorbed, even more than when taken by intravenous infusion. Which substance is the micro-transporter? Although it sounds like it comes from a science fiction movie, the micro-transporter is none other than lecithin, a completely natural, organic substance that contains lipophilic fatty acids. It is an ideal emulsifier that combines the incompatible: water and grease. In addition to playing the role of a transporter, lecithin is also therapeutic: it contributes to the reduction of bad cholesterol, it stimulates fat metabolism and thus helps with obesity and improves skin hydration. 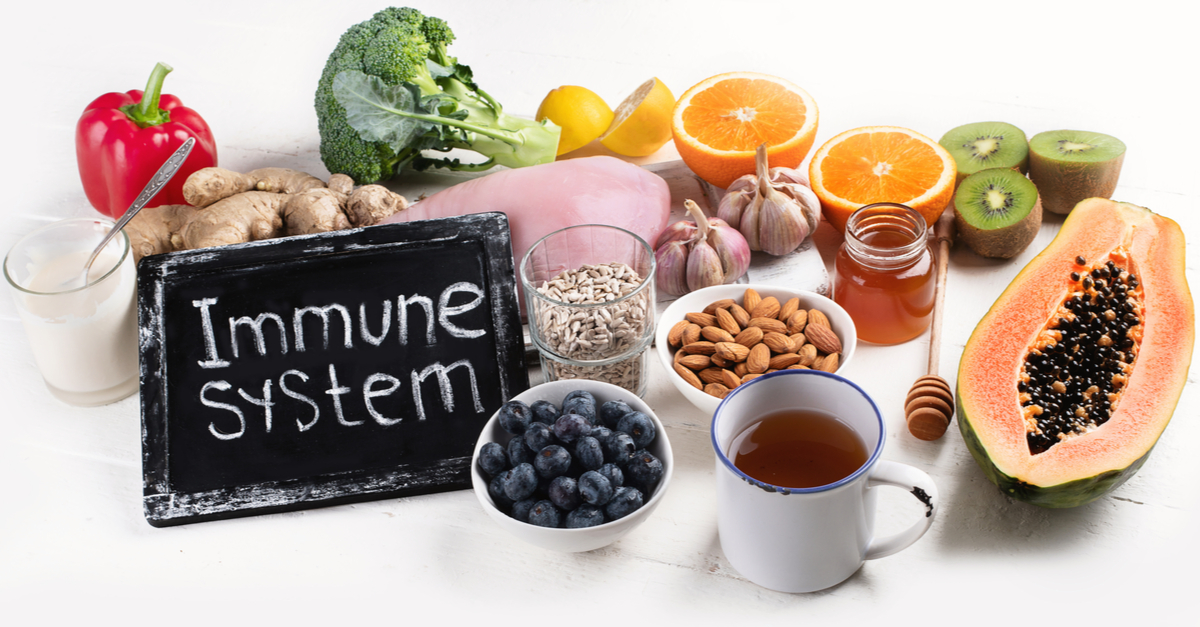 But let’s go back to vitamin C: in addition to preventing scurvy, it is responsible for numerous processes in the body. It plays a very important role in a number of metabolic functions, for example the activation of B vitamins, folic acid, in the conversion of cholesterol to bile acid, as well as in the conversion of tryptophan to serotonin. It is necessary for the formation and survival of connective tissue and bones and what it is best known for – it is a very strong antioxidant that protects the body from the effects of free radicals. Therefore, it strengthens our immunity, helps us fight allergic reactions and infections and recently it has been discovered to have a series of beneficial effects in the treatment of many diseases, including cancer, atherosclerosis, diabetes, neurodegenerative diseases and metal poisoning. In addition to scurvy, insufficient amounts of vitamin C cause disorders such as diabetes, atherosclerosis, cataracts, glaucoma, macular degeneration, stroke, heart disease and even cancer. Its usability is hampered by stress, alcohol, tobacco, viral diseases, antibiotics, painkillers, exposure to carbon monoxide, heavy metals and other pollutants.

At the time when we are exposed to pollutants or viruses, vitamin C can help us resist them: it has been proven to inhibit T-cell apoptosis – cell death, which boosts immunity. In fact, this vitamin protects us on many levels and inhibits excessive activation of the immune system to prevent tissue damage, stimulates antibacterial activity and interferon production and suppresses the synthesis of proinflammatory cytokines. A study that looked into the effect of high doses of ascorbic acid on inflammation in cancer patients concluded that the vitamin significantly reduces inflammatory processes in the most severe patients, while other studies have proven its effect on reducing tumour marker levels. It has also been observed that the concentration of vitamin C in plasma and leukocytes decreases rapidly during infections and exposure to stress. After taking vitamin C supplements, components of the immune system improve and antimicrobial and NK “killer cells” are activated, a special group of lymphocytes that are part of our immune system.

Our immunity can also decline when we are healthy but are exposed to great physical exertion, hard work and when we do sports activities. Vitamin C maintains normal immune system functions during intense physical activity, participates in the metabolism of energy production and reduces the feeling of fatigue, exhaustion and muscle pain. But it can help even when we are not physically stressed: a study followed 141 administrative workers who were given vitamin C intravenously. It was observed that after two hours, the respondents stopped feeling tired and this continued throughout the day. Since first signs of vitamin C deficiency are fatigue, feeling weak and depressed, after it is taken energy levels increase and the level of physical performance improves.

One of the reasons we feel tired may be a lack of iron, which can cause serious anaemia. There is no good absorption of iron without vitamin C, no matter how hard we try to eat foods rich in this mineral. Vitamin C helps iron absorption through complex mechanisms. Moreover, vitamin C improves the absorption of non-heme iron of plant origin, for example from leafy green vegetables. Our body normally uses this mineral of animal origin much easier, for example from beef or liver. Thus, people who do not consume food of animal origin are at a higher risk of suffering from anaemia. The good news is that the absorption of iron from vegetables increases in direct proportion to the amount of ascorbic acid present. As this vitamin is destroyed by cooking, it is necessary to eat fresh vegetables as often as possible. When washing vegetables, they should not be soaked because vitamin C dissolves in water.

IT HEALS AND REJUVENATES SKIN AND  CARTILAGE

Vitamin C plays a major role in wound healing at all stages: it contributes to the synthesis, maturation, secretion and stabilization of collagen. Vitamin C deficiency has been observed in skin that has aged prematurely due to excessive exposure to UV rays. Smoking in particular reduces the level of this vitamin in the body, which is also visible in the smoker’s skin and is reflected in slower wound healing. Vitamin C reduces the activity of melanocytes, cells that produce pigment in the skin, and in a way acts as a bleach as it helps eliminate sun spots and blemishes; it also prevents the formation and growth of melanoma. As collagen is important not only for the skin but also for all tissues, vitamin C prevents oxidative stress from muscle injuries, bone fractures or cartilage damage by improving collagen synthesis.

This vitamin is also necessary for the normal functioning of the bloodstream and the heart and it participates in cholesterol metabolism. Studies have found that 500 mg of vitamin C taken daily over four weeks significantly reduces the level of LDL cholesterol and triglycerides. Vitamin C deficiency causes an accelerated accumulation of cholesterol in the aorta and leads to pathogenic changes in blood vessels and causes hyperlipidemia due to cholesterol metabolism disorders. One American study has found that vitamin C deficiency in people of both sexes significantly increases cardiovascular mortality. Vitamin C protects blood vessels on several levels and among other things it strengthens the walls of arteries precisely thanks to its role in collagen synthesis and by preventing unwanted adhesion of white blood cells to damaged arteries. Accordingly, this vitamin also protects brain functions. Some studies have shown that it plays a role in protecting against cognitive decline.

Vitamin C is a great protector of the nervous system and can also help with neurodegenerative disorders. A long time ago psychiatrists discovered its positive effects in schizophrenia. With its antioxidant action ascorbic acid plays an important role in protecting the brain from damage caused by free radicals. One study has shown that oxidative stress is constantly present in schizophrenia. In addition to schizophrenia, this vitamin is useful in a number of neurodegenerative diseases, including Alzheimer’s, it protects against cognitive decline especially when used as a supplement in addition to quality and a balanced diet.

Another important property of vitamin C is that it is of great benefit in treating diabetes, which has assumed the form of a pandemic nowadays. First of all, this vitamin reduces the risk of developing diabetes; what has been observed during a series of studies is its protective antioxidant property: there is a strong positive correlation between oxidative stress and insulin resistance.

Vitamin C is present in food and if we take a few servings of fruits and vegetables a day we can cover the basic needs of our body. It is mostly found in red peppers, oranges, grapefruit, kiwi, broccoli, brussels sprouts, tomato juice and green leafy vegetables. However, what research has so far been able to determine is that taking supplements increases the level of antioxidants in the blood by 30 per cent with the concentration of this vitamin in leukocytes remaining stable even 24 hours after they are taken.

Vitamin C is present in Herba Svet products: Glutathione Hyaluronic, a supplement with liposomal form of this vitamin which, in synergy with glutathione and other amino acids boosts immunity but also contributes to the bone, skin and cartilage health, and Disan – a herb elixir for immunity, respiratory irritations, cough and seasonal allergies. However, this vitamin can also be applied directly onto the skin, just like in Devi Anti Ox Serum in which, together with ferulic acid, medicinal herb extracts and natural oils it helps the skin get stronger and shine with health and youthfulness.