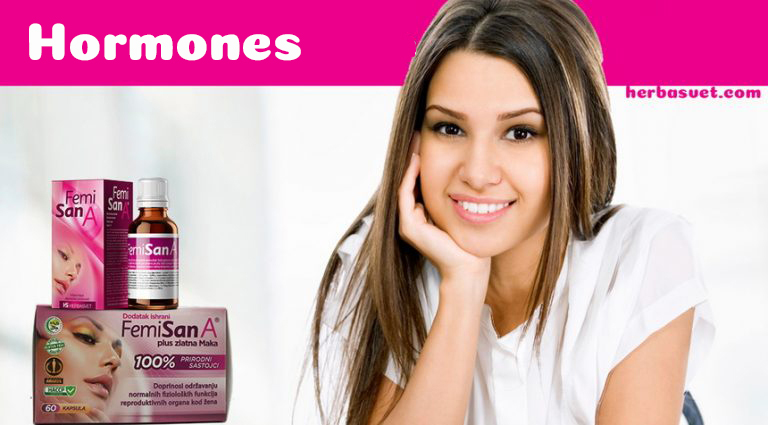 When we ask ourselves how our body functions, we usually think first about the vital organs that perform necessary body functions – pumping blood, digesting food or supplying the body with oxygen. But all these organs work together under the baton of substances which we cannot see but are extremely important – hormones. They are so powerful, even though some of them are only present in a tiny billionth or trillionth fraction, such as steroid hormones. Today we know that even the smallest hormonal imbalance can have enormous consequences for our health.

Today, there are heated discussions as to how much and in what doses certain chemicals released by humans into the environment can lead to hormonal imbalance. These are so-called endocrine disruptors, synthetic substances that directly affect our endocrine system by imitating or disrupting natural hormones that control our growth, development, body functions and fertility. There are hundreds of thousands of them and they are present everywhere, from our homes to fields, rivers and air. The incredible expansion of diseases of the endocrine and reproductive systems in women and men today is undoubtedly in direct connection with endocrine disruptors.

Not only are they present all around us, but they are also in the food we eat. With the expansion of the population on the planet, it was necessary to find a way to feed it cheaply and quickly. The food industry has managed to turn low-quality food into tasty fast meals using a range of additives and flavour enhancers. Studies have proven that children who have been exposed from a very early age to food additives or packaging chemicals such as bisphenol, phthalates, nitrates and nitrites over the last two decades suffer from serious endocrine disorders. During the first trimester of pregnancy, the foetus is completely dependent on the mother’s thyroid hormones, so their imbalance can be fatal.

Data shows that over 3,000 different preservatives, flavour enhancers, colours and other additives are used in the United States today. Food additives contain substances that imitate the work of oestrogen. These are the so-called xenoestrogens. For example, one of them is propyl gallate, which prevents the spoilage of fats and oils in food and is used in a whole range of foods, from pastries to biscuits, meat products, mayonnaise and powder milk. Researchers have expressed serious concern about this and similar additives, because laboratory studies have shown that they disrupt not only the work of hormones in the current generation, but also affect a number of future generations. One study in rats found that small amounts of bisphenol A during the lactation period significantly increased the chances of the offspring developing breast cancer. Even when the food itself is healthy, the packaging can be very harmful: it has recently been confirmed that polyethylene terephthalate (PET), a clear strong light-weight plastic that is used to make plastic water bottles leaches unknown oestrogenic substances into mineral water. This was found in as many as 60 percent of the 20 types of mineral water tested in Germany. German researchers who made this discovery claim that it only takes eight weeks for these chemicals to change our reproductive functions.

That is why it is not surprising that today there is a real epidemic of a series of health problems caused by hormone imbalance. As for women, hormones are the conductors not only of the work of the organs but also of the menstrual cycle; they are especially at risk today, which can be seen in the expansion of reproductive disorders such as irregular cycles, polycystic ovaries (PCOS), endometriosis and infertility. 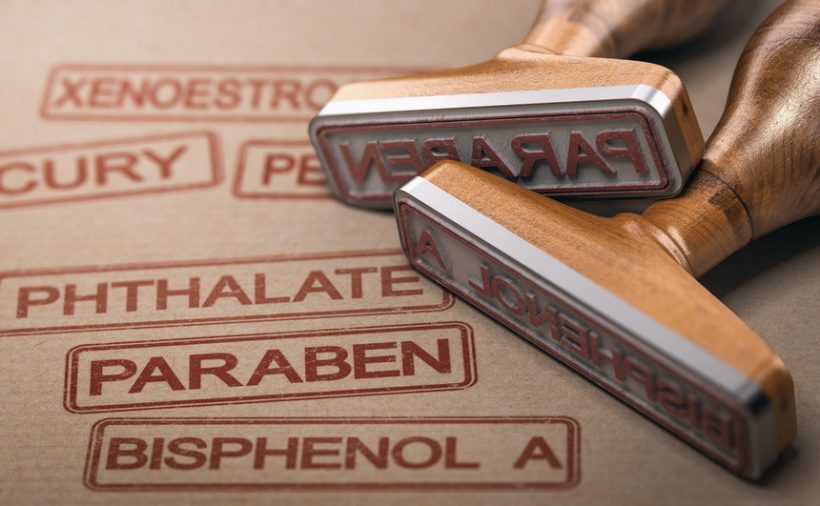 Periods accompany women from puberty to menopause. Not only periods, but also the entire menstrual cycle, which repeats approximately every 28 days and is directly related to hormones. Sex hormones – oestrogen, progesterone, follicle-stimulating hormone, luteinising hormone, testosterone – they rotate every month in a woman’s body in order to fulfil their primary function – to enable the creation of new life and survival of the species. In the synergy of their action, every month an egg cell matures in the follicle which bursts during ovulation; the egg then travels to the uterus waiting to be fertilised; with the same goal, the inner lining of the uterus, the endometrium, thickens in order to welcome the embryo. When fertilisation does not occur, the lining of the uterus is shed and expelled during a period. It is enough for just one of these hormones to fail a little bit and the whole process may be disrupted. The result is not only infertility, but also a number of disorders of both the reproductive organs and the entire metabolism.

For example, in polycystic ovary syndrome, a series of small cysts form in the ovaries, ovulation is absent, periods are rare or scanty and an excessively high level of androgenic hormones causes the emergence of facial hair, thinning hair, weight gain, fatigue, a drop in energy level, depression, an increase in blood pressure and insulin levels. So it is not just the reproductive system that suffers, but the whole body and mind.

Uterine fibroids appear as a result of oestrogen disorders, and often appear simultaneously with nodules on the thyroid gland. However, hormonal imbalance can occur much earlier, even when we are still unborn, in the mother’s womb. A recent study has found that women who are exposed to low testosterone at that time develop endometriosis later in life. The reason for this is that the lack of this normally male hormone, which is also present in smaller quantities in women, plays a role in the development, i.e. the “programming”, of a woman’s reproductive tract, and when its level is too low it can cause premature menarche, the first menstruation. Endometriosis is one of the most difficult and most painful disorders in which endometrial tissue (tissue of the inner lining of the uterus) grows outside this organ, most often in the ovaries and fallopian tubes, which during periods behaves as if it was still part of it. In addition to being painful, endometriosis is a common cause of female infertility.

Chronic stress to which most people are exposed nowadays represents an additional burden for the body and only accelerates and intensifies the hormonal problem. Hormonal imbalance in women is therefore very complex and leaves numerous consequences. How do we know that we have it? 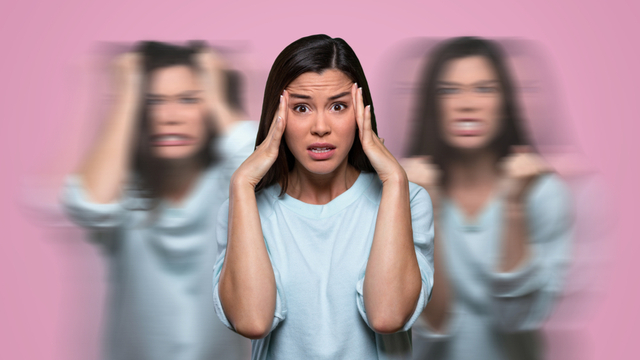 As it affects the complete balance of the body, the symptoms of hormonal imbalance can be numerous and varied: body weight oscillations, mood swings, depression, nervousness, anxiety, insomnia, acne, fatigue, muscle weakness, pain and sensitivity of muscles and joints, heart conditions, sweating, hypersensitivity to heat or cold, frequent urination, changes in bowel function – constipation or diarrhoea, constant feeling of thirst and/or hunger, blurred vision, thinning hair, increased body hairiness, dry skin or excessive secretion of sebum, swelling, deposition of fat on the back below the neck, painful, heavy or scanty periods or their absence, vaginal dryness or atrophy, painful sexual intercourse, headaches, dark spots on the skin, especially on skin folds. The list is long, so it is not surprising that we are often not able to connect all these symptoms.

Although women suffer from hormonal problems most often, they are becoming more and more common among men today. In adult men, they appear as symptoms such as breast growth (gynecomastia), erectile dysfunction, thinning of the beard and hair, loss of muscle and bone mass (osteoporosis), inability to concentrate and remember, depressive thoughts…

When it comes to hormones, the rule that prevention is better than cure is especially valid. Once the imbalance of hormones occurs, the process of restoring their balance is long and arduous. First of all, it is necessary to establish that the imbalance exists. Endocrinological and gynaecological checkups and lab tests are necessary to diagnose hormonal imbalance. Alongside medical treatment, that is, therapy determined by experts, it is necessary to eliminate as much as possible everything that leads to hormonal imbalance: unhealthy food, alcohol, tobacco, lack of physical activity, sources of stress…

When it comes to women and their reproductive health, it is important to know that natural treatment with medicinal herbs can give extremely good results. However, when it comes to herbal preparations, persistence is extremely important. Herbal preparations produce the desired effect gradually and over a long period of time, but that is why – once reached – that effect is long-lasting and visible.

Lady’s mantle, yarrow, marigold, herb robert, raspberry leaf, parsley seed, shepherd’s purse – all these are plants that women have used for centuries to protect their reproductive health and strengthen their fertility. They have been proven to have a series of therapeutic effects for the reproductive organs and the restoration of hormonal balance in women. All of them are part of a modern preparation based on tradition – Femisan A. Femisan A is available in the form of drops and capsules, is very easy to use and if applied according to the instructions it can be used indefinitely.

And unlike xenoestrogens, which disrupt our hormonal balance, phytoestrogens bring it back to normal. Phytoestrogen plants are part of another Femisan preparation – Femisan Gold. Chaste tree, wild yam, hops and black cohosh contribute to hormonal balance with their phytoestrogen effect; angelica and ginseng protect the whole body and alleviate the unpleasant symptoms of menopause; additionally, the famous adaptogen ginseng has been proven to inhibit the absorption of bisphenol A and prevent the oxidative stress it causes. 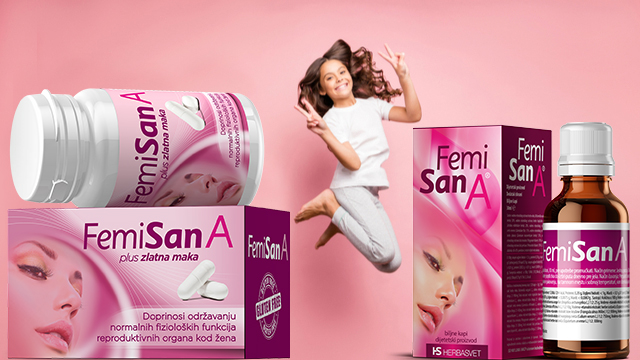