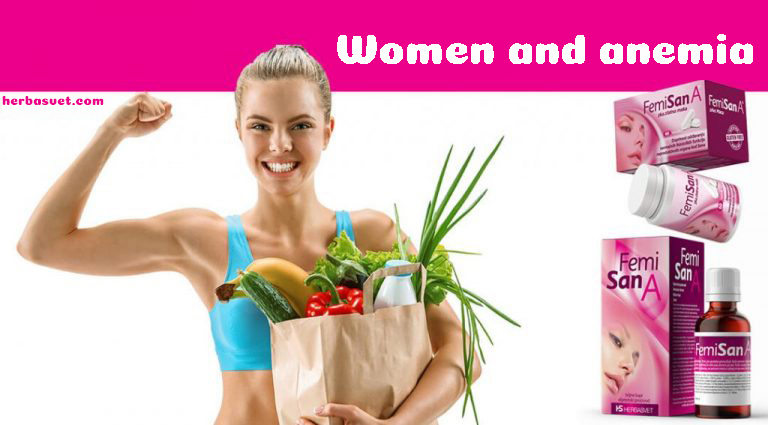 In the past, mothers and grandmothers used to treat anemia in children by sticking iron and copper nails or wire in an apple and by feeding their children with the apple the following day. Similar to our grandmothers’ recipe, cooking in cast iron dishes can increase the level of iron in our food by as much as 20 per cent. Iron is an unusual mineral which we can see with the naked eye.

And why do we need iron? Haemoglobin is a protein in red blood cells (erythrocytes) whose role is to carry oxygen to all parts of the body and organs, especially the lungs. The lifespan of erythrocytes is between 100 and 120 days; we need iron, vitamin B12, folic acid for the formation of new cells … The most important part of haemoglobin is iron, which is absorbed from food in the small intestine and travels through the bloodstream to bone marrow which is a kind of a red blood cell “factory”. One erythrocyte can receive one million iron atoms in one minute. 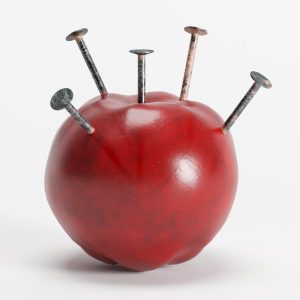 It is logical to expect when we do not take in enough nutrients, when they are not absorbed adequately or when we bleed for some reason, that our body is unable to supply the muscles, brain, lungs, heart and other tissues with oxygen. That is when we are anemic: there are various forms of anemia, and the diagnosis is best established by doing a complete blood count of the patient.

Anemia, or a low red blood cell count, occurs when our intake of iron, vitamin B12 or folic acid is insufficient; it can also occur due to reduced iron reserves or poor absorption when the mucous membranes of the small intestine and the digestive tract in general are damaged; it may also be due to reduced erythrocyte production, blood loss due to internal bleeding or heavy menstrual bleeding in women. Anemia of chronic disease with cytopenia is a special type of anemia that occurs due to functional iron deficiency, which usually occurs in chronic or inflammatory diseases, and is more common in the elderly. Anemia caused by vitamin B12 deficiency is called megaloblastic anemia, and can be caused by the same factors or by aggressive diets, vegetarianism or due to the use of certain medications. It usually manifests itself as neurological disorders and memory problems. On the other hand, if we lack folic acid, we will be exhausted and we will have poor muscle mass; this type of deficiency can also be the cause of diarrhoea. It can be easily diagnosed by lab tests.

But even if we have enough nutrients and rich reserves of iron, we can still suffer from sideroblastic anemia, because our body is not able to use it properly. It can be caused by some medications, diseases, excessive alcohol consumption or can be hereditary.

In addition to poor nutrition, we can suffer vitamin and iron deficiency during pregnancy, when our body’s needs for this mineral are increased, if we exercise a lot, in childhood and early adolescence while we are still growing, if the digestive tract does not absorb nutrients from food, if there is internal bleeding, for example in the colon or due to heavy periods, most often caused by uterine fibroids. Anemia can also be a symptom of some diseases – ulcers, haemorrhoids, hernias, parasites and even cancer.

The symptoms of anemia are multiple, and often, if we do not do laboratory tests, we are not aware that our iron values are low. That is why it is important to be mindful of this if we notice that: 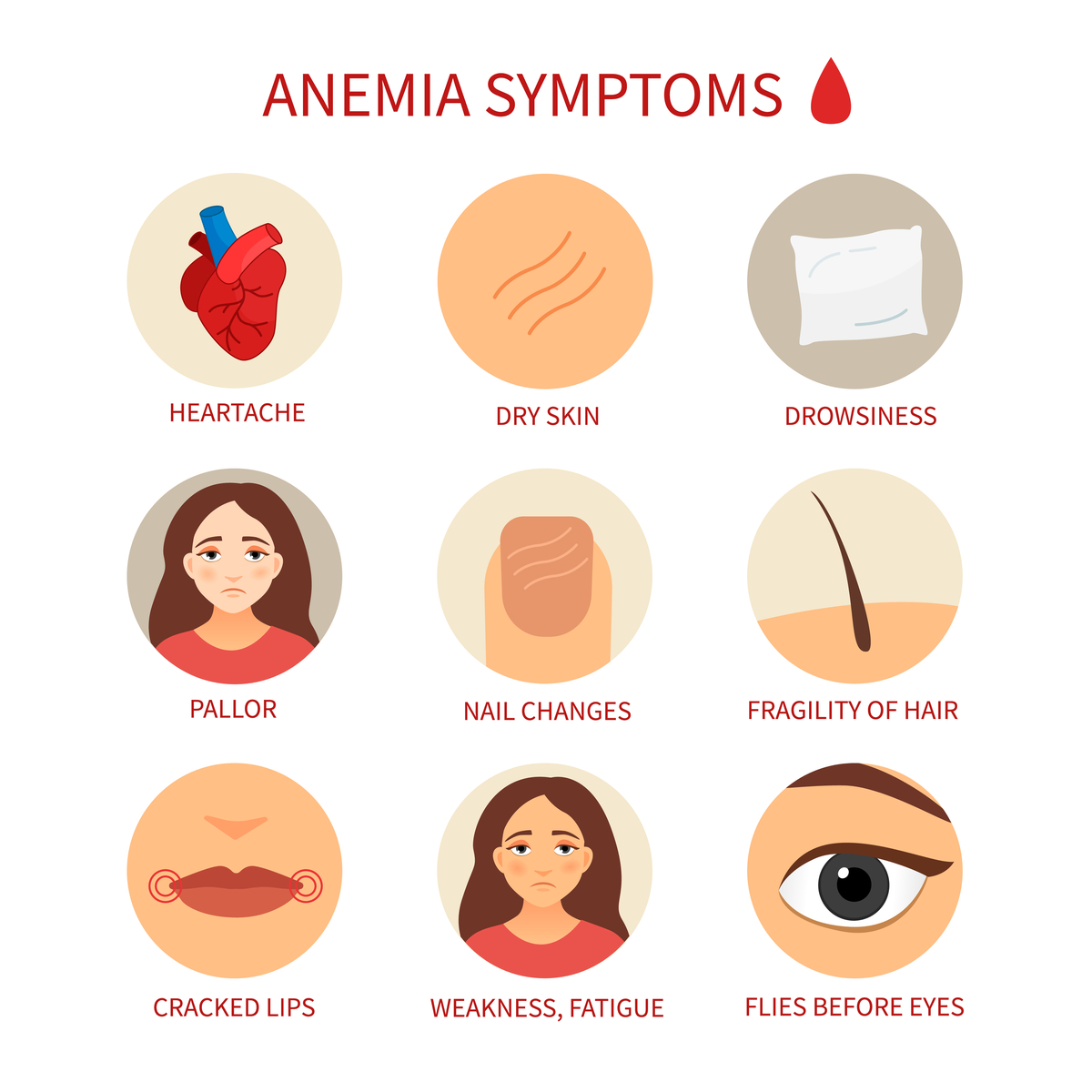 Anemia should not be ignored because it can trigger a large number of diseases in addition to making us feel poorly and thus not able to function. It can be simply detected – by blood tests. Once diagnosed, we need to increase the intake of nutrients, through iron or food therapy, or best of all, with both. But it is not enough to eat only spinach like Popeye: our body is able to absorb and use 14 to 18 per cent of the iron that we ingest from a meal containing meat, fish or seafood and plant foods, while from a vegetarian meal it absorbs only five to 12 per cent.

The reason why a large number of people suffer from anemia today is that the soil is depleted; for the absorption of iron, it is necessary that several factors work in unison. In the mucous membrane of the duodenum, apoferritin is formed, a protein which binds to iron; the amount of the protein is limited and this impacts the absorption of iron. Iron metabolism also depends on the hormone hepcidin, which transports iron from the cell, as well as iron regulatory proteins (IRP), which enable cells to receive and store iron and transport it from the cell.

A study involving school-age children from Ethiopia has shown that the biggest cause of anemia, which affects as many as 43.7 per cent of these children, is insufficient intake of proteins, dairy products, a lack of “discretionary calories” – calories that we take in addition to the basic ones to cover the basic needs of metabolism, poverty and intestinal parasites.

In addition to iron, we also need copper, cobalt and vanadium to maintain normal haemoglobin levels. For cellular respiration, vitamins B2, 3, 5 and molybdenum are also needed. Vitamin B2 is necessary for the supply of erythrocytes with iron, while vitamins C and E help the function of this mineral, vitamin A its usability. Copper helps transport iron in the plasma…These are only some of the many conditions that our body needs to function properly.

So, even if we take in enough iron, in order for it to be absorbed, we need: hydrochloric acid, vitamins C, B2, B12, folic acid, copper, cobalt, calcium, manganese, sorbitol and phosphorus. In contrast, excessive intake of calcium, zinc, magnesium oxide, phosphorus and caffeine can reduce the concentration of iron in the blood. Absorption is also made difficult by phytic acid from cereals, oxalates, antacids and preservatives that are often used in processed foods. 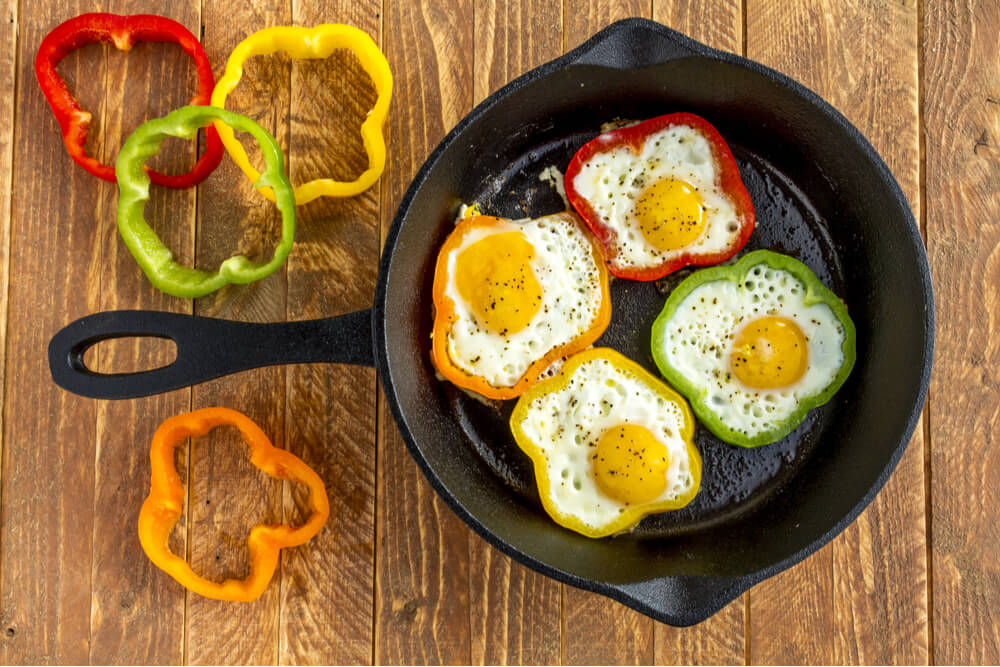 Alongside all these complex conditions, women are additionally prone to anemia: during menstruation about 25 mg of iron is lost: during pregnancy the mother gives the child between 3,000 and 5,000 mg of iron; during childbirth a woman can lose up to 13,000 mg, and when breastfeeding about 1 mg of iron per day in milk. This all happens in normal circumstances. But today, disorders of the female reproductive system are becoming more common, which can cause prolonged and heavy bleeding.

Research has shown that increased menstrual bleeding has a negative effect on anemia, it causes a feeling of fatigue and impairs the quality of life. Women who lose over 80 ml of blood per month are usually diagnosed as suffering from menorrhagia, or heavy menstrual bleeding. This can be recognised when the tampon gets completely soaked in an hour, or if we have to use two or more tampons at a time, for seven or more days. The most common robbers of iron, in about 80 per cent of cases, are fibroids which, depending on the size and position in the uterus, can cause very heavy bleeding (menometrorrhagia) and thus constantly deplete the supply of this mineral in a woman’s body. Iron deficiency in women, as research has shown, is often inherited, and can cause neurological symptoms, such as the nervous leg syndrome; iron metabolism is also associated with parathyroid hormone. For women, iron plays an important role in a number of physiological functions and therefore its deficiency impairs all aspects of physical health. That is why it is important to regulate excessive period bleeding, which in women frequently depletes iron.

This problem can be regulated naturally: Femisan A is a preparation based on six medicinal plants which, in addition to naturally contributing to the establishment of hormonal balance, stop heavy and prolonged bleeding with their astringent action. It is up to us to take care of our diet and, if necessary, occasionally use iron supplements, while Femisan A will take care of that unscrupulous robber. 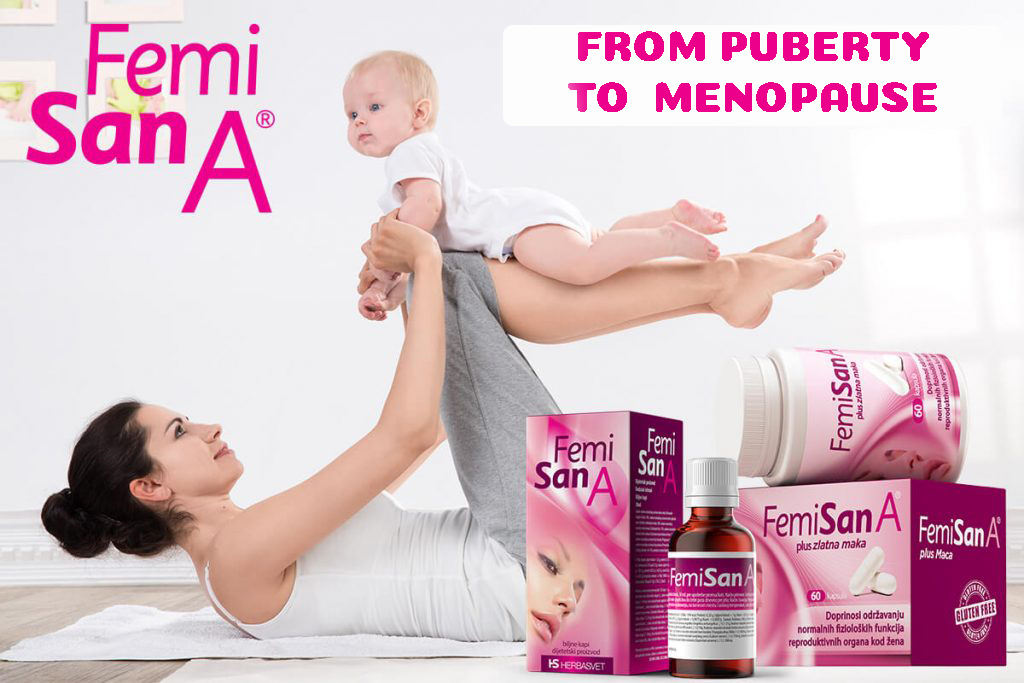