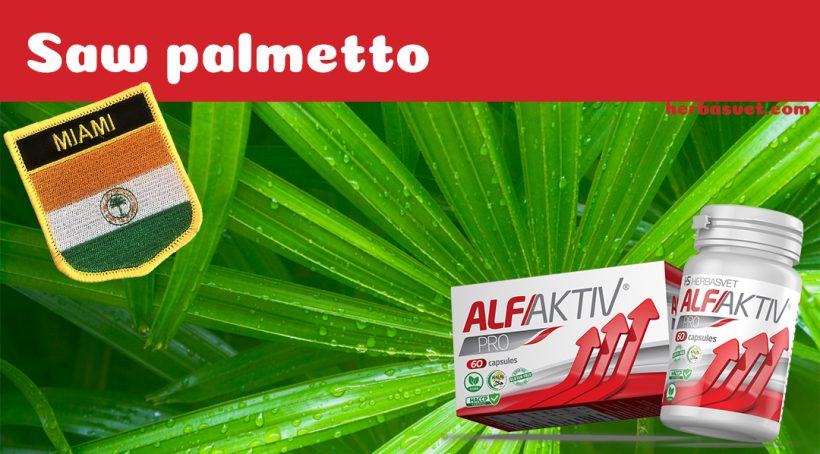 When we think of a palm tree, we probably immediately imagine sitting on a tropical beach with a coconut next to a deck chair in the dappled shade of this exotic tree. The palm is one of the most decorative plants, but its usefulness still exceeds its decorative value: it is known that palm trees have been used since ancient Mesopotamia, and they have left their mark in the Old and New Testaments and the Koran. To Christians, the palm tree is a symbol of Christ’s entry into Jerusalem; in Islam it is a symbol of peace; ancient Egyptians associated it with immortality and the Romans with triumph. Today, the palm tree adorns the flags of Haiti and of the city of Miami, Florida. 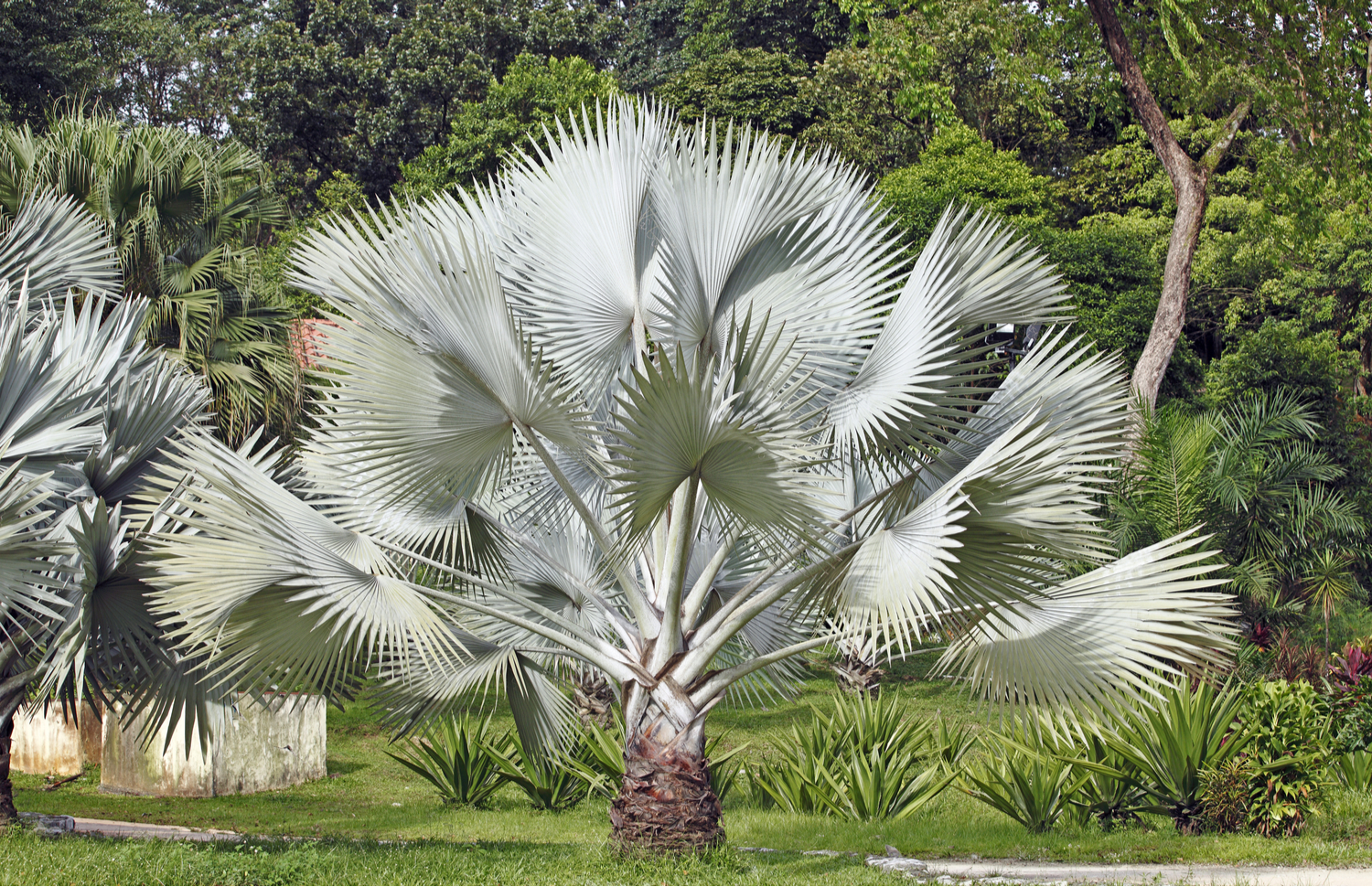 Even today, everything is made from palm wood, from houses to clothes; its fruits, coconuts and dates have exceptional nutritional value. But the family of palm trees is very wide and contains over 2,500 species. There is also one that deserves special attention – it comes from Florida and is called saw palmetto, Serenoa repens. It has been known since ancient times by members of the Seminole tribe who had inhabited this area for thousands of years before European settlers arrived and used it as food and medicine. Tribal witchdoctors always carried a pouch with pieces of palm so that, whenever needed, they could use it as an antiseptic or tonic; they used it to treat a whole range of ailments, from impotence to inflammations and respiratory problems.

The first settlers from Europe quickly became aware of the value of this plant: in 1870 it became a part of Western medicine and doctors readily used it to treat problems with the prostate and the urinary tract. In 1906, the palm tree berries officially entered the United States Pharmacopoeia, but after the Second World War interest in it declined… Fortunately, this remarkable plant has recently experienced a renaissance, both in America and in Europe. In the United States it is one of the most commonly used dietary supplements by the male population between 50 and 76 years of age, not without a good reason. Modern research has proven that it is extremely effective in the treatment of benign prostatic hyperplasia. 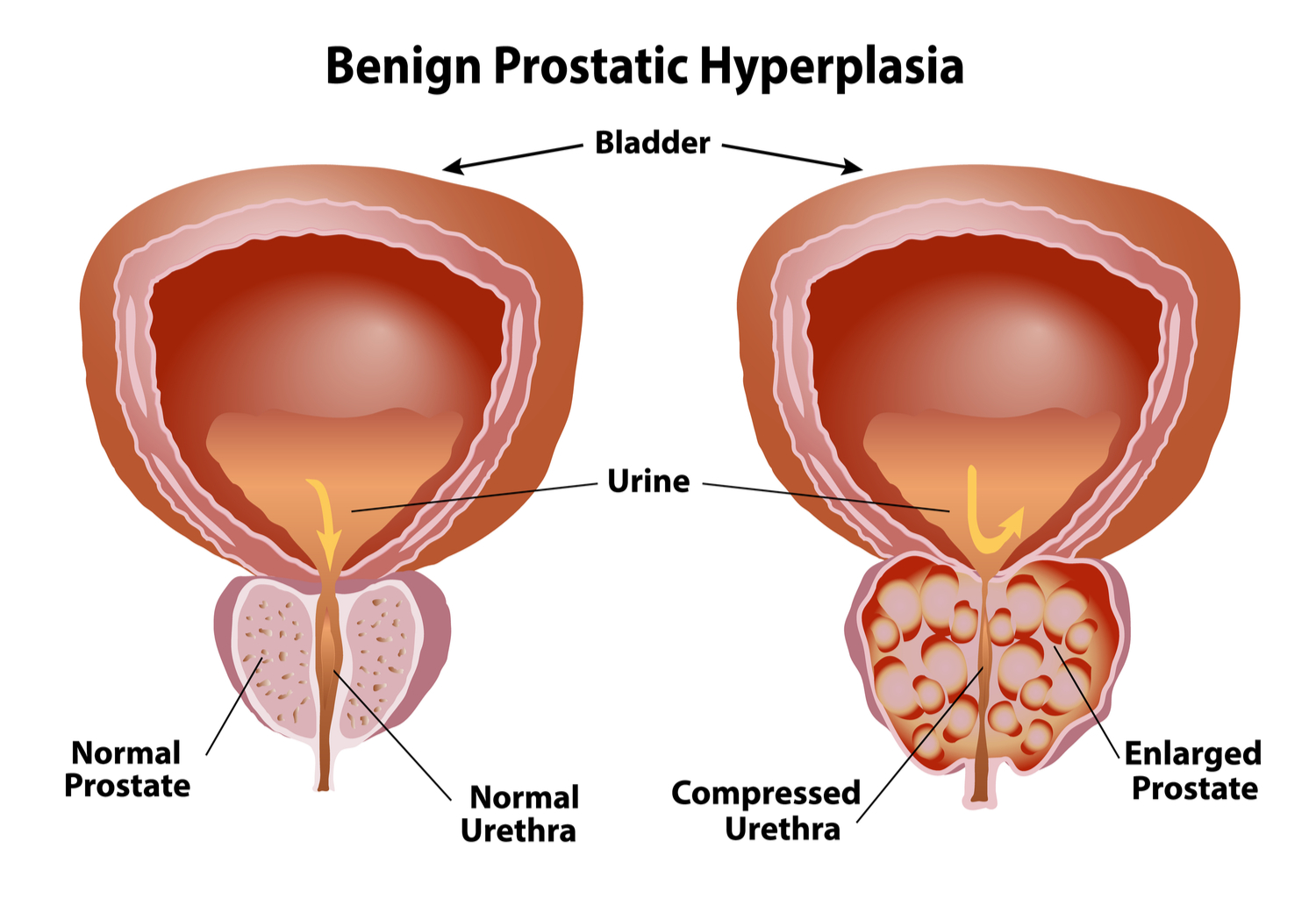 The palm tree is rich in free fatty acids and beta-sitosterol, which are necessary for the proper functioning of the prostate. Action of this plant is two-pronged: in addition to reducing the production of dihydrotestosterone, it also has anti-estrogenic effect: by reducing the number and sensitivity of estrogen receptors it impacts the inhibition of prostate growth. Benign prostatic hyperplasia is an enlargement of the gland which, as it swells, blocks the urethra, which results in urinary retention and difficult, painful and frequent urination. If left untreated, prostate hyperplasia can lead to serious kidney problems. Unfortunately, this disorder is very common and affects 50 to 60 per cent of the male population, and the first symptoms can appear after the age of 40.

Recent research has compared the effects of two types of therapy: saw palmetto on the one hand, and the most commonly prescribed prostate medicine on the other. The results showed that saw palmetto was effective in as many as 90 per cent of patients after six weeks of use, while the drug had an only 50 per cent success rate, and otherwise must be used for at least six months to achieve its full effect. At the same time, the medicine has side effects, such as impotence and breast enlargement, while saw palmetto has none. That is why saw palmetto is part of the official treatment of benign prostatic hyperplasia in Europe; the German Commission E recommends it not only for prostate problems but also for irritable bladder. 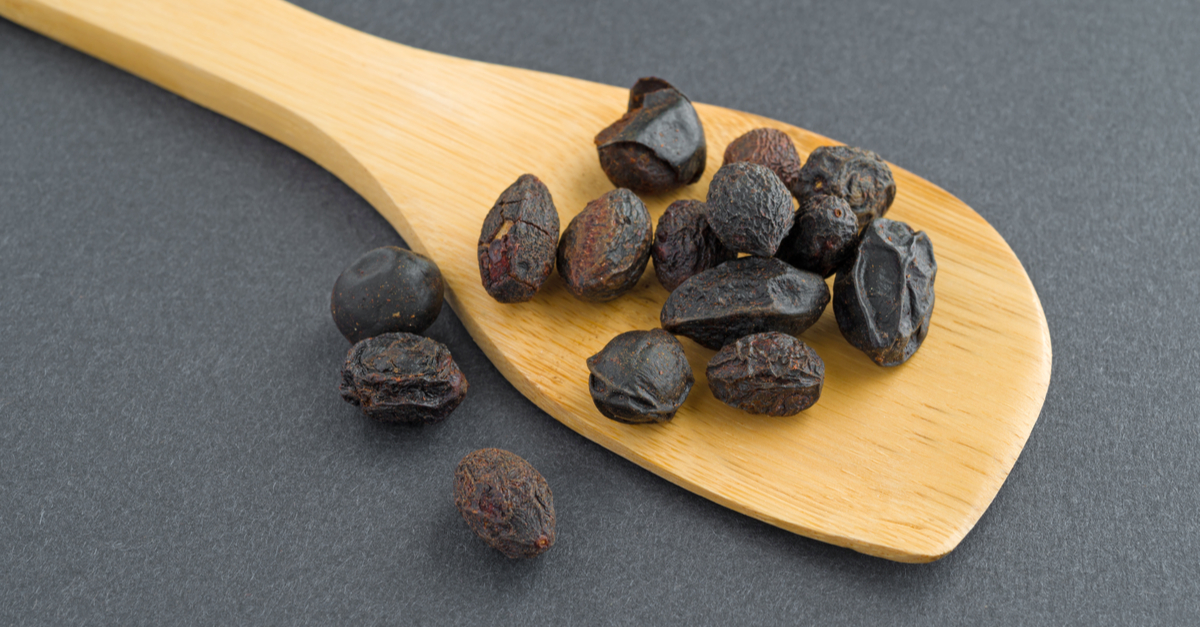 In addition to its beneficial effect on the urinary tract, saw palmetto is popular among men as a remedy for baldness, while bodybuilders appreciate it because it has a positive effect on muscle mass. It has traditionally been used since ancient times as a remedy for impotence.

For all these reasons, saw palmetto is part of a modern and completely natural preparation whose main task is to protect men’s health, prostate health in particular. In addition to this valuable plant Alfa Aktiv HS Pro also contains pomegranate extract, quercetin, 3-beta-sitosterol from nettle root and trans-resveratrol from Japanese knotweed. Alongside protecting the urinary tract, it also looks after the cardiovascular system, strengthens immunity, raises energy levels and mental alertness and maintains our sexual health.

Next time you lie under a swaying branch of a palm tree, remember that the palm gives you much more than just the shade. And when we become aware of what nature provides we will know much better how to respect and preserve it, as we will do for our own health. 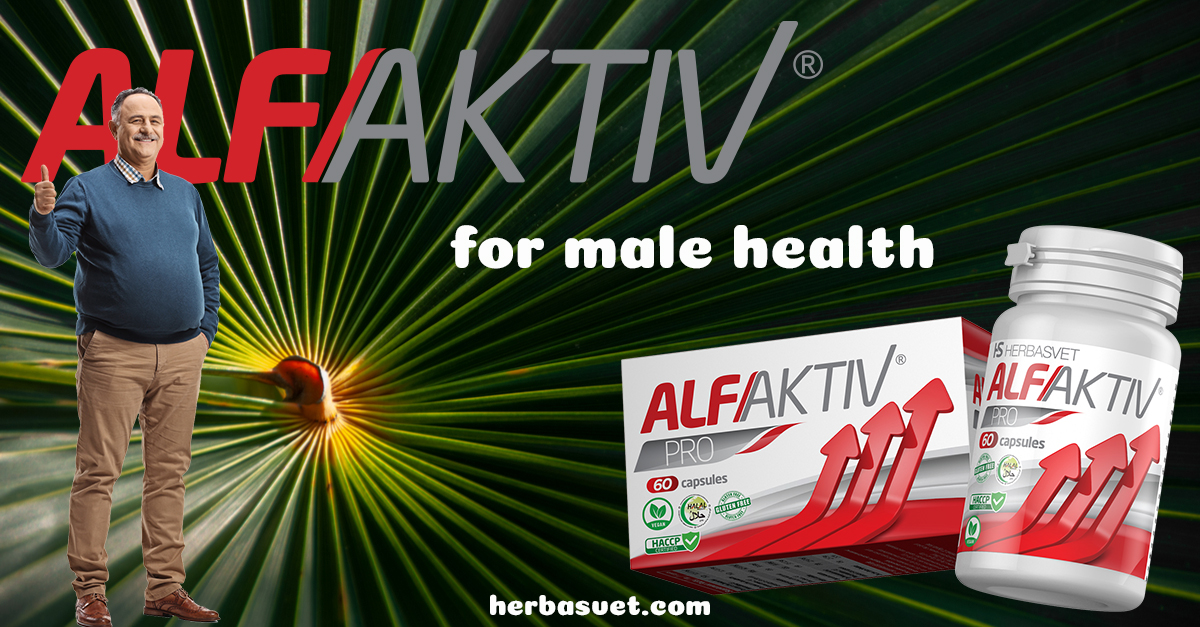