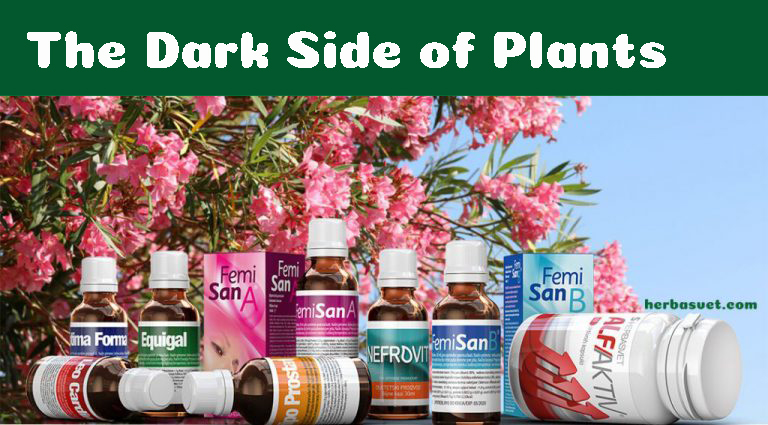 Humans have always sought cure for illnesses in nature and knowledge about the healing properties of herbs dates back millennia. These first attempts must have resulted in a certain number of casualties until it became clear which plants had healing properties, which were poisonous, and which could be both – depending on the treatment, dose and application. Traditional medicine still uses some plants that are more or less toxic.

If we look at the situation from the point of view of plants, which have no legs and thus cannot run away, they have had to develop survival techniques in order to avoid becoming someone’s food. Just as they are different by their appearance, size, colour or flowers, plants also differ in their defence mechanisms: some have thorns, some grow to a height where they are not easy to reach, and some use chemistry to help them survive: they contain substances that make them extremely tasteless or even poisonous.

Even poisonous plants that are not used for medicinal purposes have been useful throughout history: they have been used in agriculture and at home to destroy pests, and especially in warfare – for example as arrowheads dipped in poison. Unfortunately, a plant, i.e. its poison, was used with calculated, malicious intentions – for murder.

One of the most famous killer plants in history is hemlock and certainly its most famous victim is the ancient Greek philosopher Socrates. Although Socrates was widely known for his wisdom, he did not believe in democracy and stood in the way of the government that in 399 BC accused him of corrupting the Athenian youth and refusing to accept the official religion. After hearing the accusation by three Athenian citizens and Socrates’ defence, a jury democratically voted to convict the philosopher. He was offered to choose the verdict himself, and if he had wanted to he could have probably fought to be convicted only to exile. But, true to himself and his principles, he left the decision to the jury, which sentenced him to death by drinking hemp. Socrates, therefore, was forced to commit suicide.

After Socrates had drunk the poison, he rebuked his disciples who were sitting in his dungeon wailing, telling them that he wanted to die in silence. Then he walked around the prison cell to make the poison act faster; his limbs first went numb, and then he felt cold and numbness all over his body, only to die when the poison reached his heart. Socrates last words were: “Crito, we owe a cock to Asklepios – pay it and do not neglect it” . Socrates’ pearls of wisdom are known to us today thanks to Plato who wrote down in his famous dialogues; the philosopher’s last days are described in detail in Plato’s The Apology of Socrates. 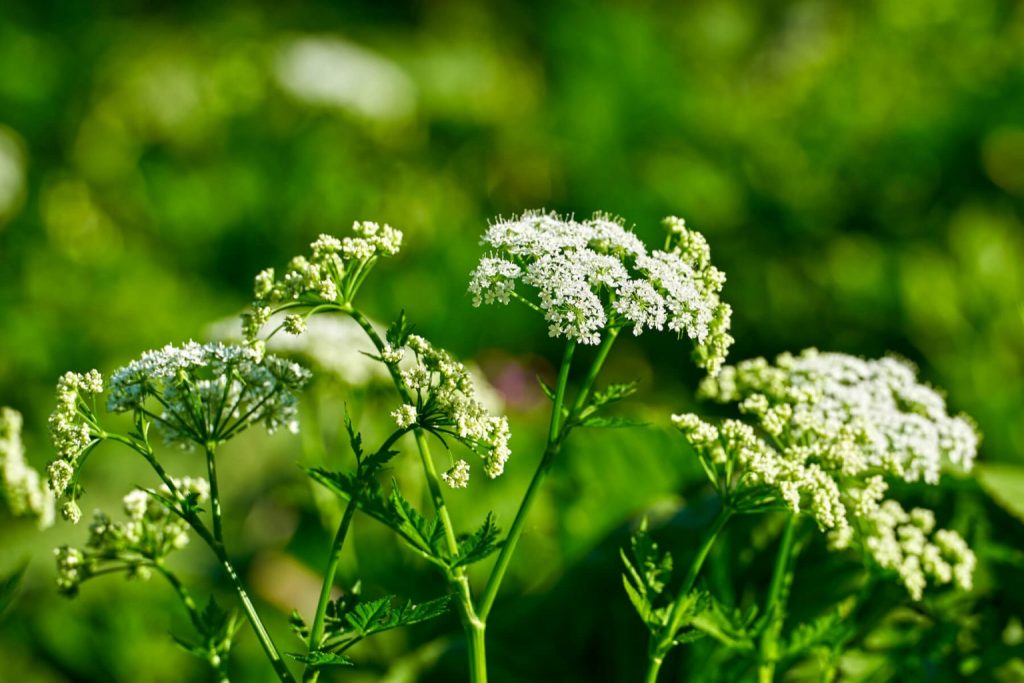 Hemlock is one of the more powerful killer plants thanks to cytotoxin; its most poisonous part is the root. Alongside hemlock sits the famous poisonous plant called belladonna or deadly nightshade, which became legendary thanks to Macbeth, whose soldiers poisoned the army of the Danes with wine laced with this plant. Belladonna contains atropine and scopolamine which cause paralysis of muscles in the body, heart included. White snakeroot or ageratina altissima contains the poison from which Abraham Lincoln’s mother died – tremetol, a toxic alcohol. The unfortunate mother of the President of the USA was not intentionally poisoned: she drank the milk of a cow that had been grazing in the field where this plant grew. Indeed, the milk and meat of cows that eat white snakeroot can transmit the poison to humans.

BOTH MEDICINAL AND POISONOUS

Another very poisonous plant that can be used for medicinal purposes is castor oil plant. The fruit of castor oil plant contains ricin, a very poisonous substance, more dangerous than cobra venom. Therefore, castor oil is treated in a special procedure that eliminates toxins in order to obtain a healing oil. In recent history – in 1978, the victim of castor oil was the Bulgarian journalist Georgi Markov, who was murdered after he had spoken openly against the authorities. However, most cases of castor poisoning happen accidentally, mostly when children or pets eat bean-like seeds, because castor oil plant is often used as an ornamental plant in gardens. 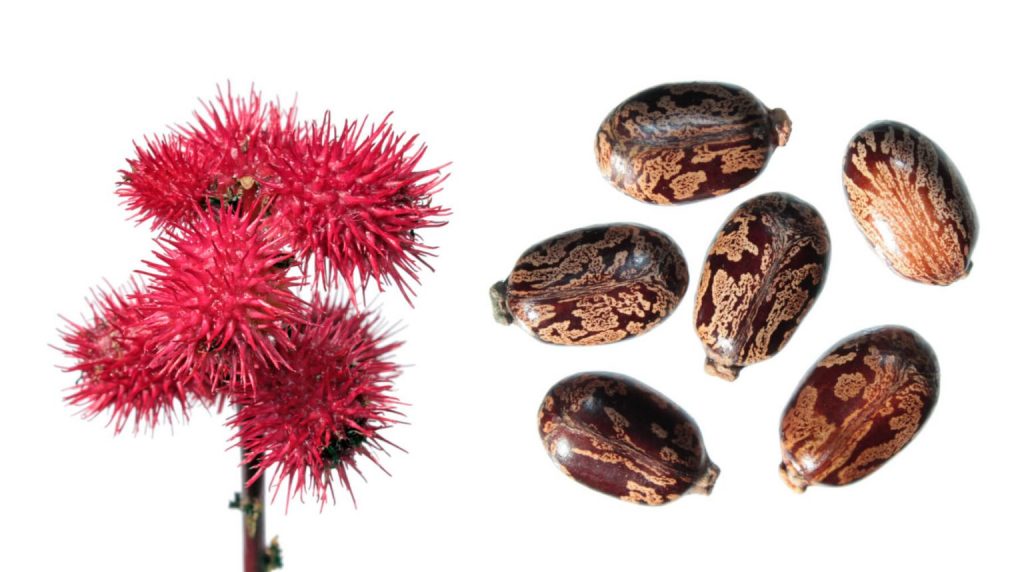 A beautiful plant that we often see growing by the sea is oleander. It has also entered the famous phrase ‘oleander tea’ which is brewed for someone that we do not like, according to popular jokes. Oleander is full of oleandrin, a poisonous glycoside that causes cramps, coma and death. Oleander is so poisonous that even honey made from the pollen of its flower is harmful. However, one of the most poisonous plants is the one that is in mass use: tobacco. All parts of this plant, especially its leaves, contain the toxic alkaloids nicotine and anabasine. Their consumption causes hallucinations and can also be deadly. We certainly know that cigarette smoking is addictive and annually causes five million deaths worldwide.

DATURA OF THE BANAT WITCH

When it comes to our part of the world, the famous plant is datura that contains atropine, hyoscyamine and scopolamine – they are classed as deliriants and are lethal when consumed in larger doses. Datura is connected to a story of the famous granny Anujka, popularly known as the Witch of Banat (in Serbia’s Vojvodina province); aged 92, she was brought in front of a judge in 1928 after a series of mysterious deaths had occurred in Petrovo Selo, today’s Vladimirovci. In this milieu where the local population believed in sorcery and supernatural forces, granny Anujka had an agent who would visit surrounding villages and listen to people’s woes and would then refer them to this famous sorcerer and herbalist. Granny Anujka used to prepare bottles of ‘charmed water’, which would slowly, after several days of consumption, cause serious health problems, weakness and illness, and finally lead to the victim’s death. She knew how to prepare the required dose of poison per pound of weight so that death would not occur immediately, but after the eighth day. It is believed that over 150 people died from her charmed water. Although she was sentenced to 13 years in prison, she was released at the age of 98 due to old age and died two years later. 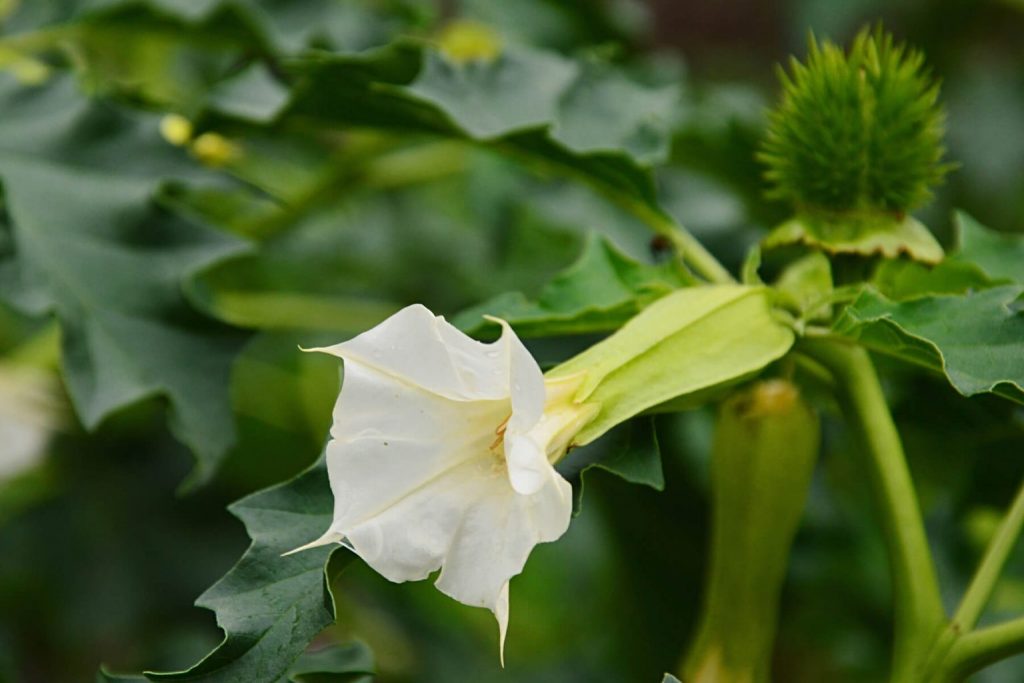 The most common symptoms and reactions caused by the consumption of poisonous plants are nausea, vomiting, stomach ache, heart rhythm disorders and fainting; the poison of some plants can be ingested even by inhaling powder and can cause a swelling of the mucous membranes and their irritation. Depending on the concentration of the poison, damage can be temporary or permanent and in the worst cases, even fatal.

As we can see, we need to be cautious when using plants and also need to know them well. It is not out of place to always think about safety and thus prevent problems. But even though plants can be poisonous, they are more beneficial than harmful. In fact, we can only benefit if we use them in the right way. That is why it is important to leave the preparation of herbal preparations to experts. For example, it is very easy for an unprofessional person to mistake hemlock for yarrow in the field. Today, traditional knowledge combined with a modern approach and processing technology are found in Herba Svet preparations. Small bottles of this professional company that has been present in our market for over two decades contain mixtures of medicinal plants in their best combinations and proportions and are completely safe to use. 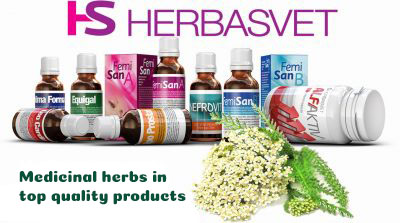