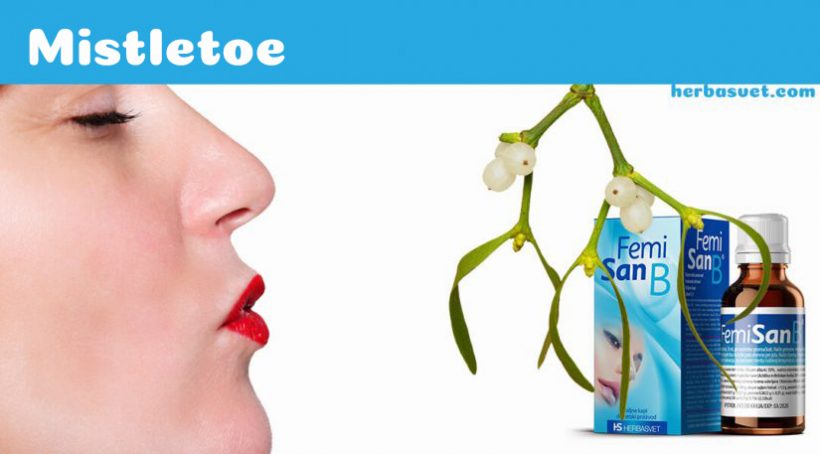 In his famous work Naturalis Historia Pliny the Elder pays tribute to Gallic druids, even though he was a Roman through and through, and as such a natural enemy of the Celts. These barbarians, uncouth, rough savages – as labelled by the Romans – had special powers and knowledge which were passed from generation to generation. In a comic book series about Asterix the Gallic Celt, brought to life by its creators Rene Goscinny and Albert Uderzo, the famous druid Getafix is seen either meandering around the woods picking plants or protecting the magic potion whose recipe the greedy Romans could not succeed to obtain. The Celts did not leave behind any written traces about their culture; paradoxically, we can learn all about them from historical records kept by the Romans who tried their best to tarnish Celts’ reputation. 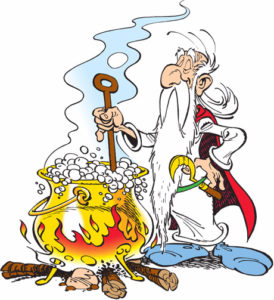 A good portion of our genes in the Balkans is Celtic. Before the Romans reached the Balkans, the Celts had lived here for millennia. Belgrade’s modern-day suburb of Karaburma used to be populated by the Celts; the location where the current farmers’ market stands used to be a large necropolis. The Celts used to roam the banks of the Danube, they adored tall trees, the oak in particular, a tree that also occupies the central position in Slav mythology. And it was in the tall strong trees where they used to find the key ingredient for the preparation of their “magic potion” – mistletoe.

It is precisely because of mistletoe that Pliny the Elder paid tribute to them. The Celts did not view it as an unimportant parasitic plant – as it appears to be on first glance – but a plant that has great powers. Mistletoe was the basis of their myths, legends and rituals – and what is most important – of their medicine. How powerful the druids were is best illustrated by the fact that the Romans understood that they first had to get rid of the druids if they wanted to subjugate the Celts. In the first century AD, the Roman Emperor Tiberius launched a massive campaign to execute the druids in Gall, but the later Roman Emperor Claudius brought in a law to ban those executions. Those Celts who adopted Christianity interwove its belief system with their pagan beliefs and continued passing their legends from generation to generation. 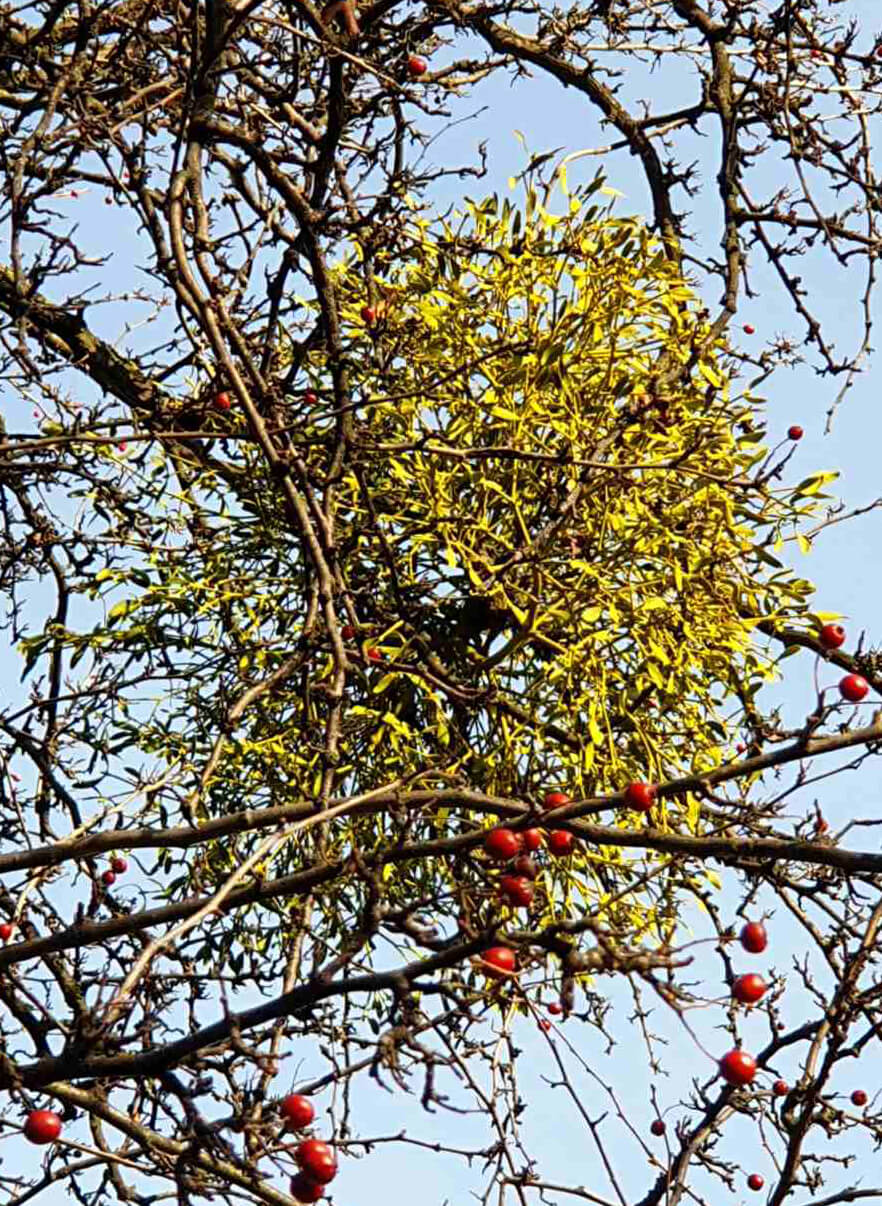 Why is mistletoe so special? And what is it that the druids understood in those ancient times when there was no chemical research, no labs or microscopes?

First of all, it was the way it reproduces – a bird needs to eat its ripe berry; after eating the white flesh of the berry, the bird has to wipe its beak on twigs and branches, leaving behind the seed. Once the sticky content is dried and hardened, the firmly attached seeds germinate, stealing nutrients and water from their host. The ancient Celts believed that the mistletoe, apart from the nutrients, also takes over the spirit of the tree, and thus remains green even in wintertime, when most of the vegetation is dormant. 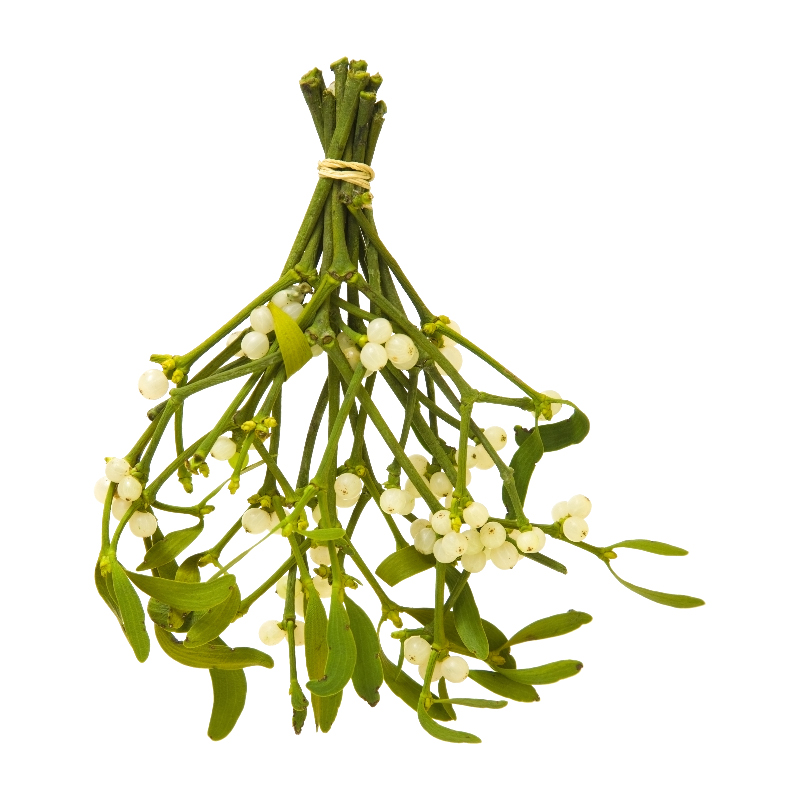 Mistletoe’s modus vivendi – its ability to draw energy from its host – can be regarded in a new light when we learn that this exceptional plant has the power to destroy tumour cells. This fact has been recognised by modern medicine, and some hospitals use mistletoe to treat tumours as it has been scientifically proven that it prevents the growth of blood vessels of malign tissues. One has to be mindful of the fact that mistletoe berries are very poisonous and therefore this plant can be used only if professionally processed.

In addition to suppressing malignant cells, mistletoe has the power:

Irritability, palpitations, mood swings, insomnia, hot flashes – these are the symptoms that every woman entering a menopause can recognise. As the druids used to have their magic potion in the times long past, Herba Svet nowadays has its own magic potion – Femisan B. Mistletoe is one of five plants that are ingredients in this precious food supplement.

In the end, let’s not forget the famous ritual that is practised all over the world at Christmas time: if a woman stands under the mistletoe, a man has the right to kiss her, without risking a slap on the face. Because that is exactly when hot flashes have begun and she is totally irritable… 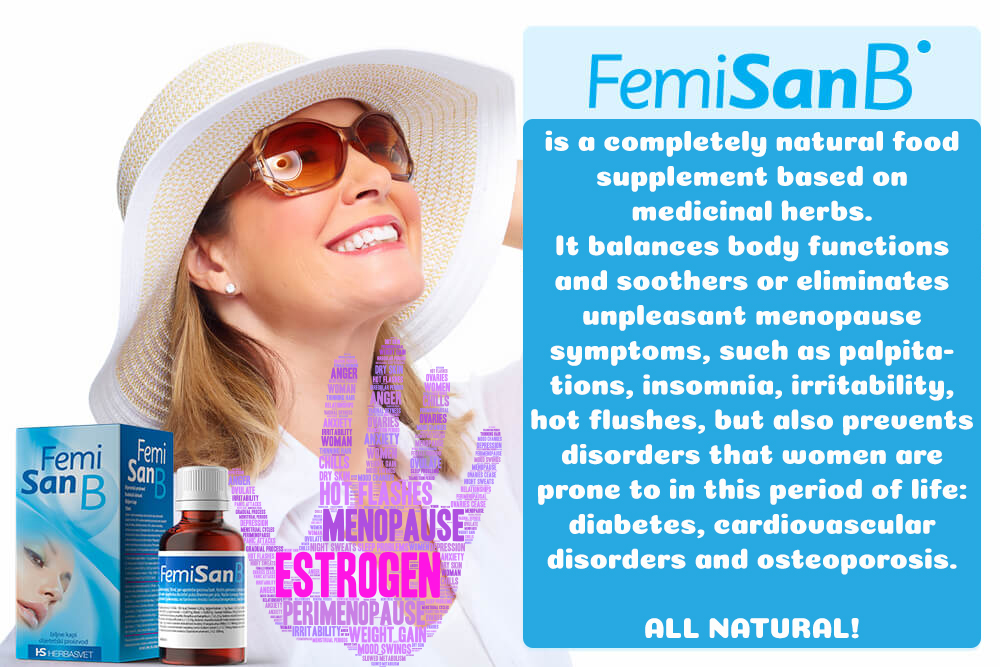