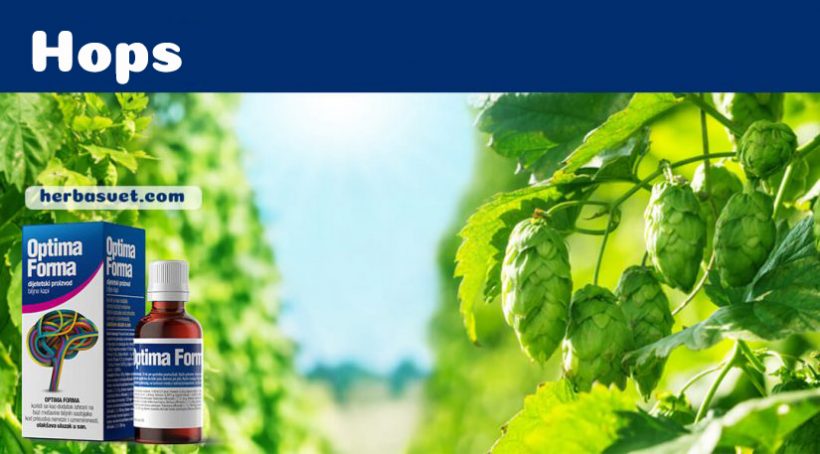 Hops were given their scientific name – Humulus lupulus – because of the ancient Romans’ belief that this climber tends to strangle other surrounding plants, just as a wolf (lupus) does to its prey. 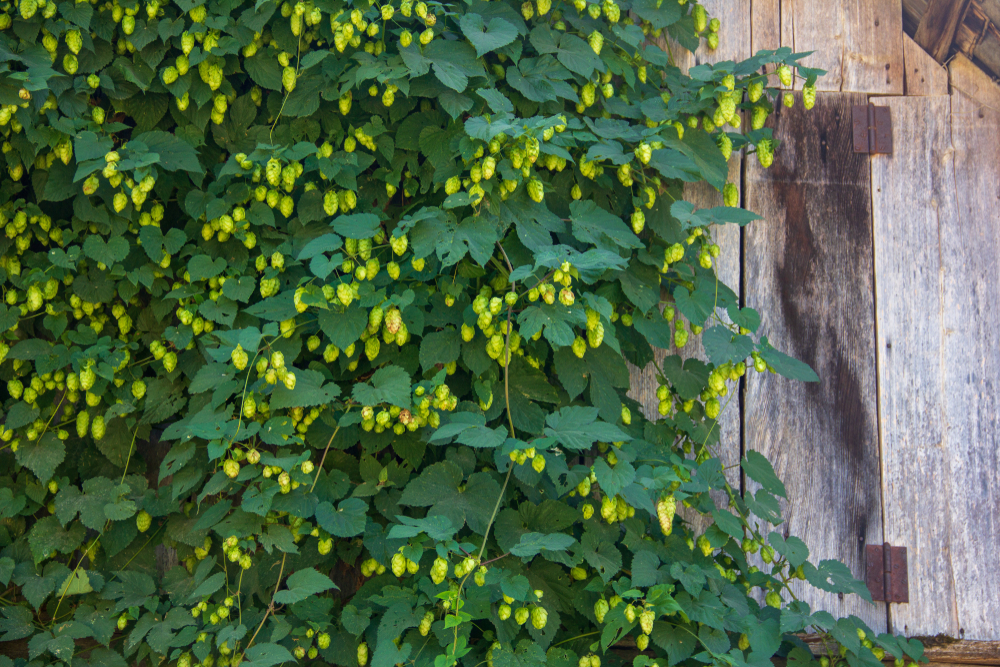 Even though it was used by American Indians and Arabs for centuries, hops were first used  in Europe as a favourite ingredient for beer-brewing which gives it a special bitter taste. Nowadays we look at beer as a refreshing drink to be enjoyed, but it used to be drunk out of bare necessity. At the time when water was frequently unclean and when plague would decimate entire villages and towns because of contaminated water sources, only those who drank beer instead of water survived, thanks to anti-microbial properties of hops and alcohol. But beer used to be different from what it is today – it was much milder and it was made without yeast. Hildegard of Bingen, an abbess and a famous herbalist from the 12th century wrote in one of her books that, with its bitterness, hops prevents beer from going bad and extends its lifespan. At the beginning of the 16th century a law on the quality of beer was adopted in Germany which prescribed that beer could be made only with barley malt, hops and water. At that time, yeast was not used for brewing and the chemical processes involved therein were not known. 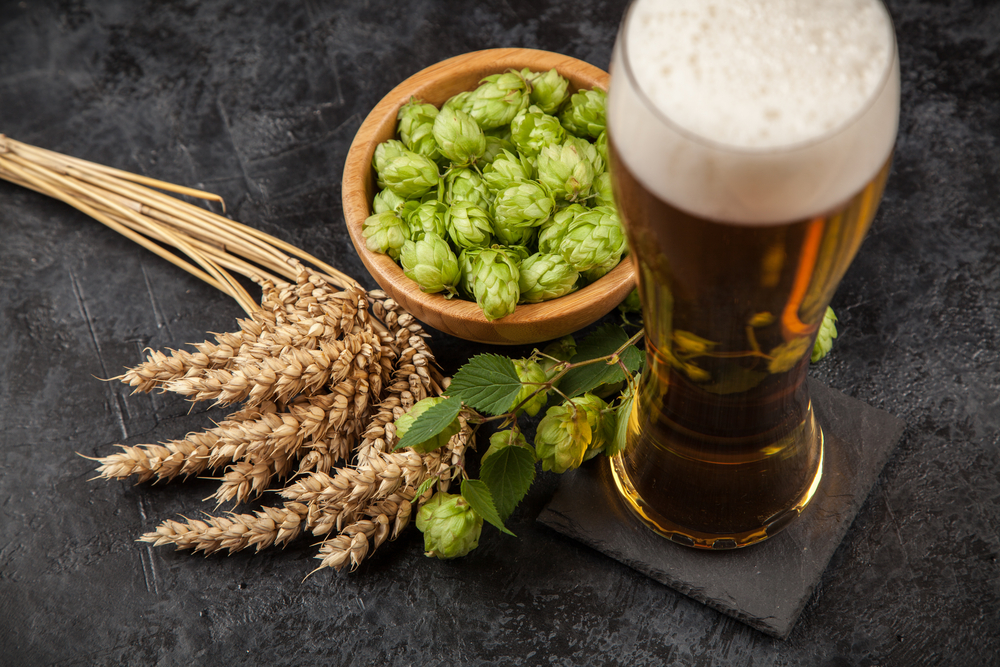 Throughout history, hops have not been used much as a medication. In the 16th century, Paracelsus promoted it as a digestive, and Matiolus as a diuretic. A couple of almanacs mention that it was used to purify the blood, liver and pancreas;  its calming effect was discovered only in the 19th century.

Probably the most famous person who used this plant abundantly, and not only in beer, was King George III of England, who slept on pillows filled with hop cones, for “weak nerves”. It was believed that the smell of hops aided good sleep. Finally the Europeans came to the conclusion which Ibn al-Baitar had reached back in the 12th century: that hops can work as a tranquilliser.

The French pharmacist Planch was the first to isolate lupulin in 1813, a fine resinous substance from female flowers – hop cones. He recommended it for its narcotic effect to everyone who suffered from insomnia, claiming that it made it easier to fall asleep as it calmed the nerves, without any negative effects. At that time, opium therapy was popular, which caused constipation, as well as addiction. In addition to calming the nerves, hops were also used to ‘balance’ the libido – it was noticed that it increased sexual desire where there was none, and that it calmed those who could not control it. 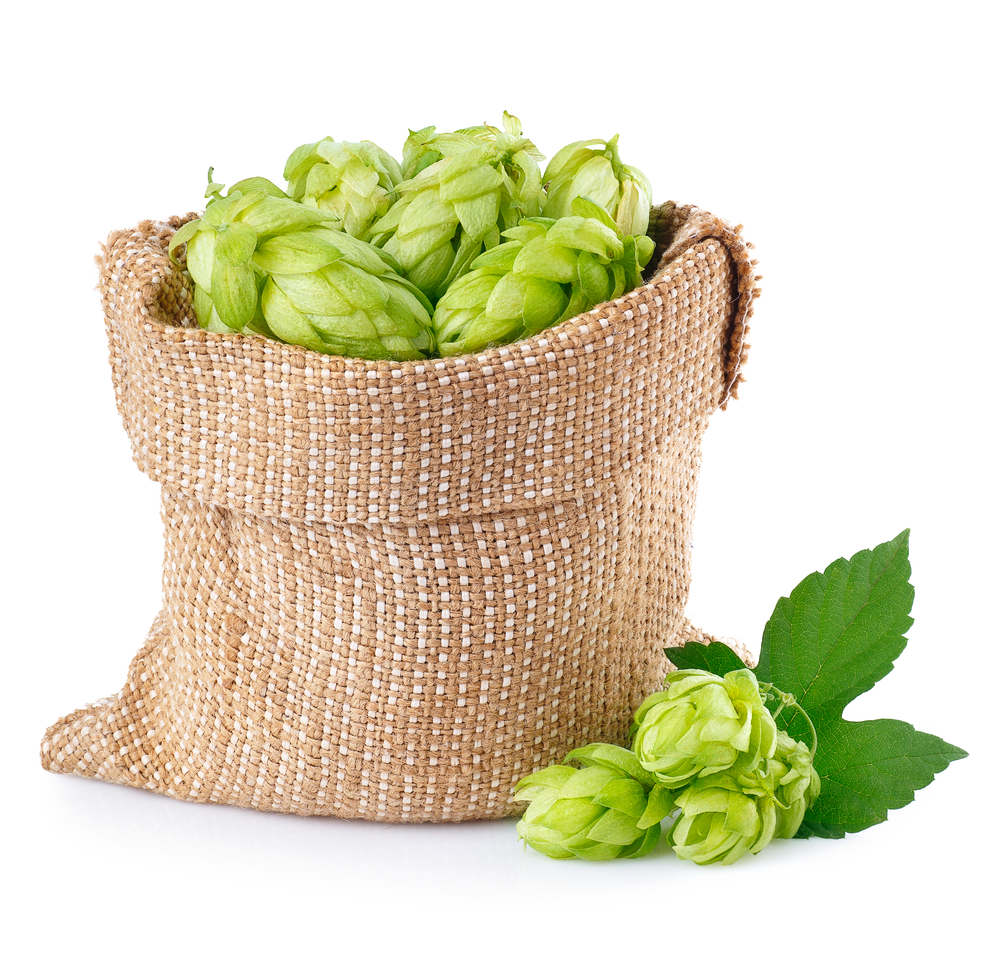 What do we know about hops today and its power to lull us to sleep; is it all a myth or is it supported by the science? In 1983, 2-methyl-3-buten-2-ol was isolated from the hops: it is a biogenic volatile organic compound to which we can ascribe at least a part of calming properties of this plant. However, recent research has shown another two interesting facts: hops has an impact on melatonin receptors, a hormone secreted by the pineal gland which is responsible for maintaining the circadian rhythm – the rhythm of sleep and wakefulness. Also, beta acids in hops have a beneficial effect on GABA (gamma aminobutyuric acid), a neurotransmitter in the central nervous system which – alongside a multitude of functions – plays an important part in the sleep cycle – it encourages a deep restorative sleep and easy awakening. A study done on mice has shown that hops have a sedative effect, they slow down spontaneous locomotive activity, prolong sleep and reduce body temperature.

Hops are usually used in combination with valerian, another medicinal plant that is known for its calming effect. In a 1977 study, this combination was shown to be effective in insomnia by promoting sleep quality, deep sleep and the REM phase, all of which were confirmed by monitoring brain activity. Much later, in 2004, this theory was confirmed, but it was also scientifically proven that the combination of hops and valerian reaches its full effect on the central nervous system within one hour. 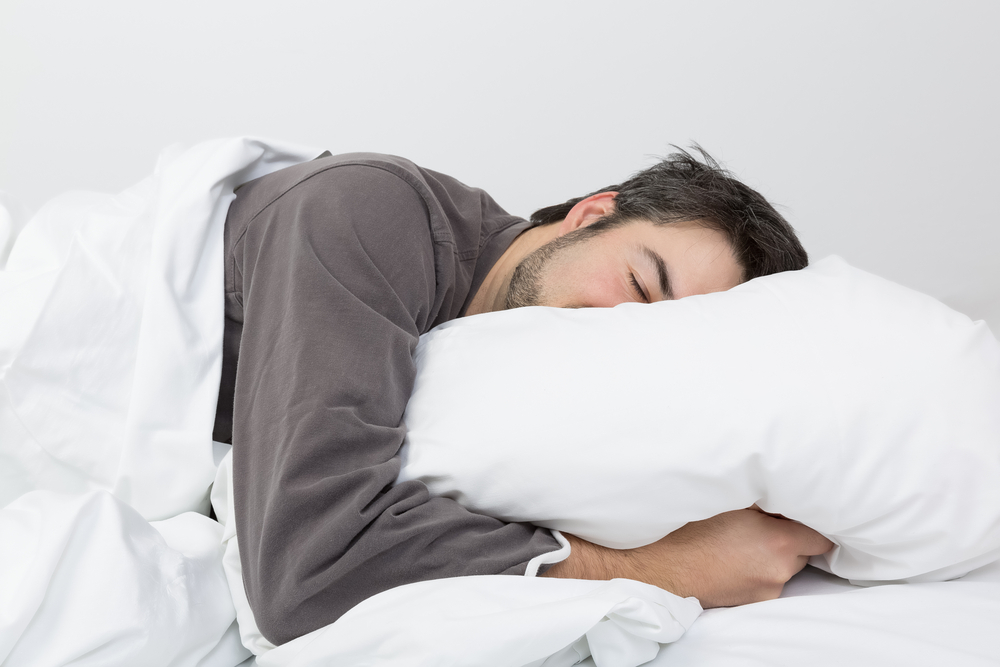 One recent study was focused on investigating the effects of hops, with and without valerian, in 30 patients suffering from insomnia. One group used only valerian for 4 weeks and one valerian in combination with hops. It was shown that hops play a major role in improving sleep onset latency – the time it takes to fall asleep. At the same time, the therapy is completely safe, and insomnia does not return after the therapy ends.

Good sleep is one of the essential prerequisites for the good quality of life. The ancient Romans may have been right after all – hops act like a wolf that strangles its prey – in this case, the prey is irritability and insomnia. Medicinal hop cones have found their place in a modern product based on knowledge accumulated over centuries. In addition to hops, Optima Forma contains valerian and lemon balm, and their synergy helps modern man  cope with stress, depression, a lack of concentration and a lack of energy, mental and physical exhaustion. And most importantly – it helps us get a good night’s sleep. 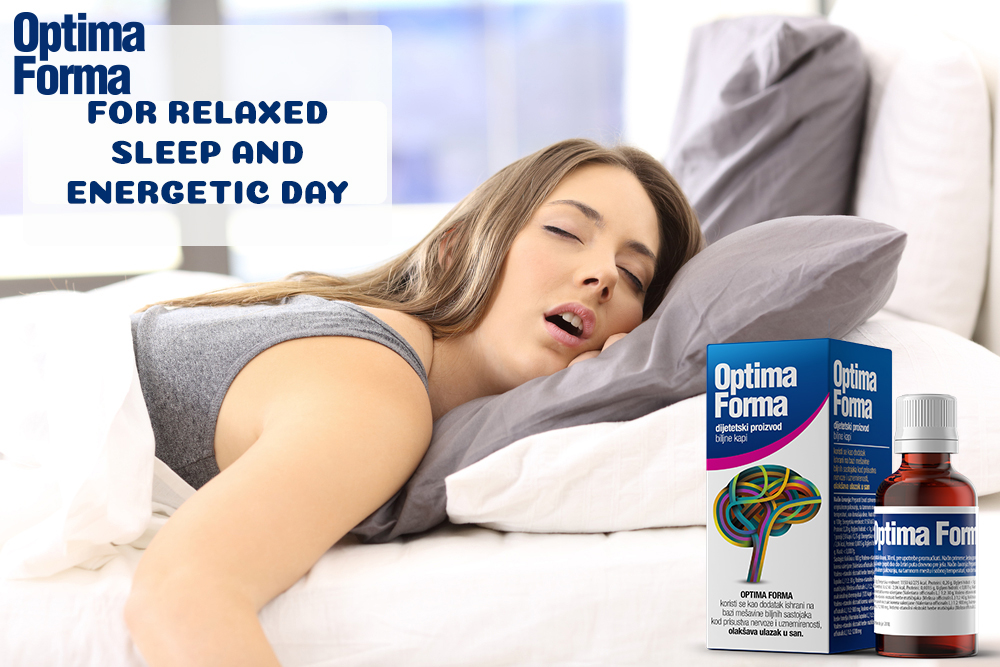