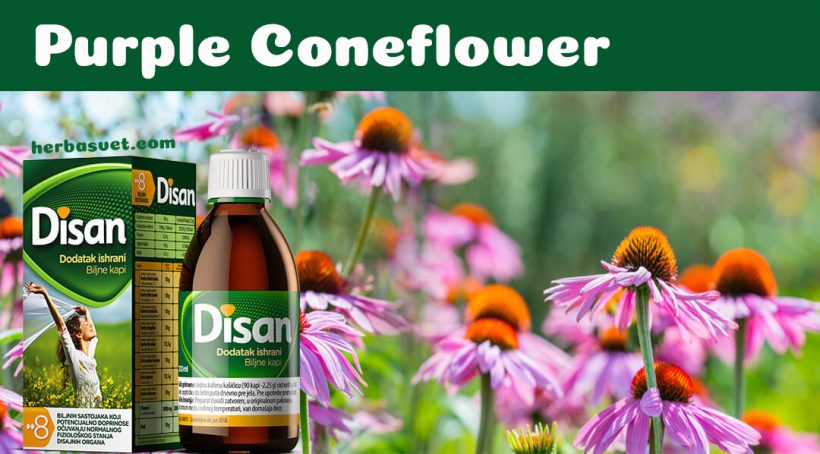 If we let this plant tell us about what its ancient roots have witnessed, the stories would read along these lines: imagine the prairies of Nebraska, endless desolate fields and dramatic rocks, as one sees in cowboy movies. Then imagine the Indians, the Sioux and the Pawnee, cruising across those plains on their wild horses, then climbing to the top of a rock to observe grassy fields and dusty hills stretching beneath it. The camera zooms in from below as they stand majestically, with all the feathers and battle colours, while in the background they are framed by a blue sky, cleared of clouds by prairie winds. 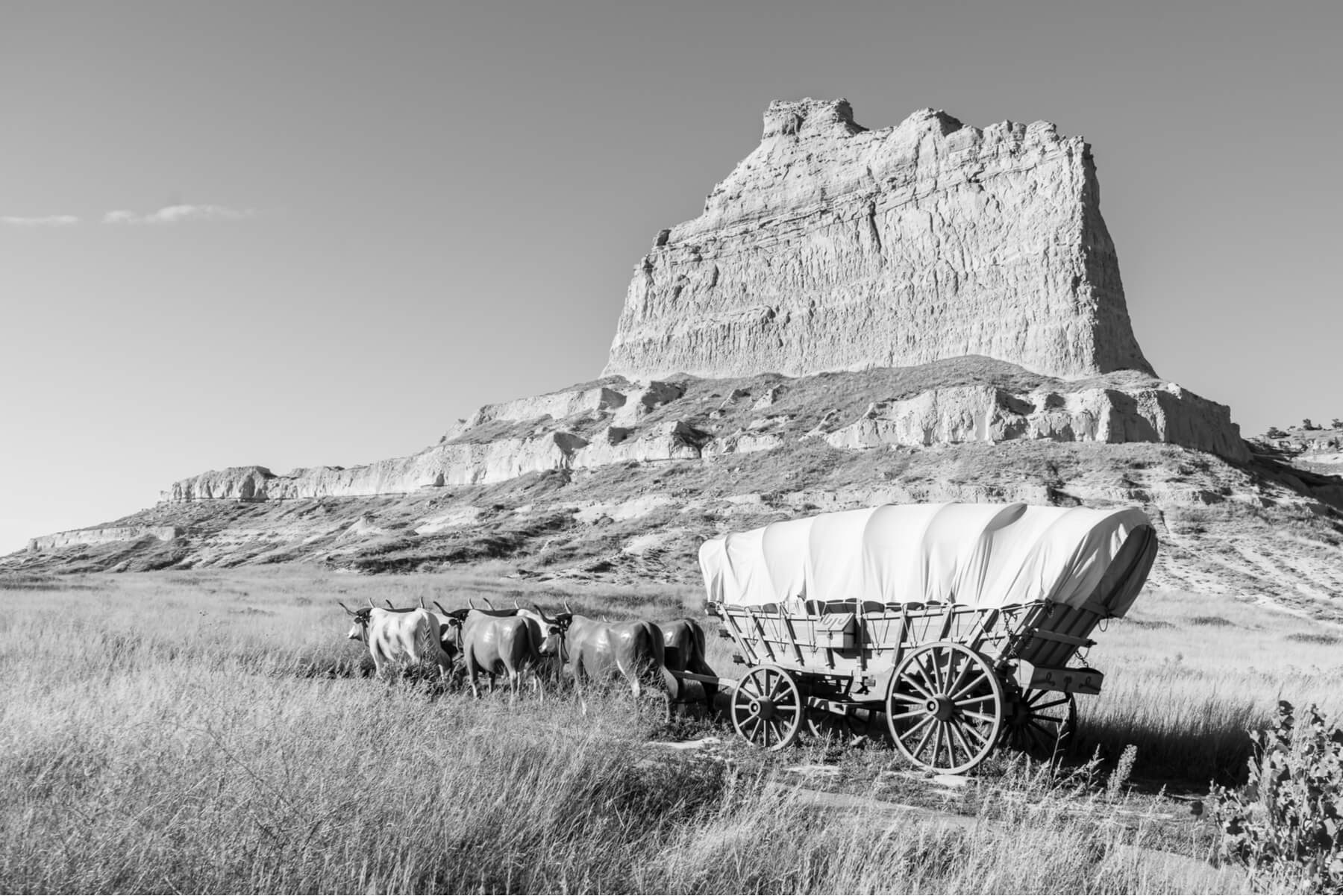 Beneath them, on a dusty well-trodden path a wagon passes, a bright red car dotted with inscriptions that only make sense to white settlers, just like the one holding the reins, with a top hat on his head. In its wake is a cloud of dust that magically hovers in the midday sun, as in a slow-motion movie. But at one point, the wagon with big wooden wheels gets stuck on a large stone, the already worn-out axle breaks off and the rear wheel falls off. Initially, the wagon sways and then tips over with a crash.

The pale-faced coachman chases the wheel that ends up somewhere in a dry bush, and as accidents always seem to come in threes, he encounters a rattlesnake which, frightened, defends itself from him by biting him in the ankle. Since he is a doctor by profession, and we know his name – Dr Meyer – he is aware that he should tie the place above the bite, but also that he will probably die within a few days, unless a miracle happens. Limping towards his overturned wagon, he sits in its shade and takes a sip of whiskey. When he recovers a little, he decides to examine what survived of his traveling pharmacy. 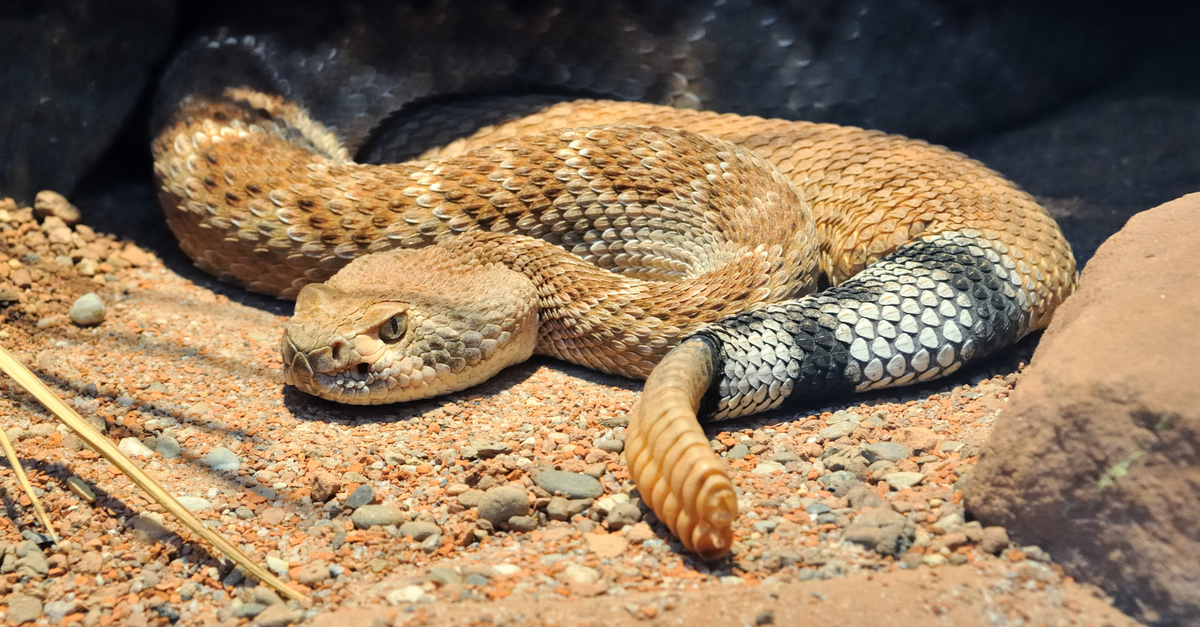 And as Dr Meyer rummages through the jumble in his wagon, he is unaware of another cloud of dust approaching him. Only when the thud of hooves is heard does he emerge from inside his wagon, and there is a spectacle to see: two Indians are riding towards him, arrows and bows on their backs. Dr Meyer stands up and raises his right hand in greeting, as a thousand thoughts flash through his mind. The snake has already sealed his death sentence anyway, so he has nothing to lose.

But the Indians show no intention of attacking him, on the contrary. They point a finger at the bite, and Dr Meyer realises that they have come to help. One puts some ointment on his ankle and wraps it, while the other goes to the nearby bushes and returns with the plant he uprooted, a plant with a few purple flowers. Gesticulating, he explains to him to mash the plant and change the dressing the following day. The noble Indians help him fix the axle, return the wheel and straighten the wagon. Before continuing his journey, Dr Meyer digs through the surrounding vegetation in search of the purple flowers. Then he sets off in his wagon, while the sun behind the high rock creates a long shadow on the dusty road. Dr Meyer manages to reach his town of Pawnee, without experiencing the bad symptoms that he expected, while the sun is slowly sinking below the horizon. 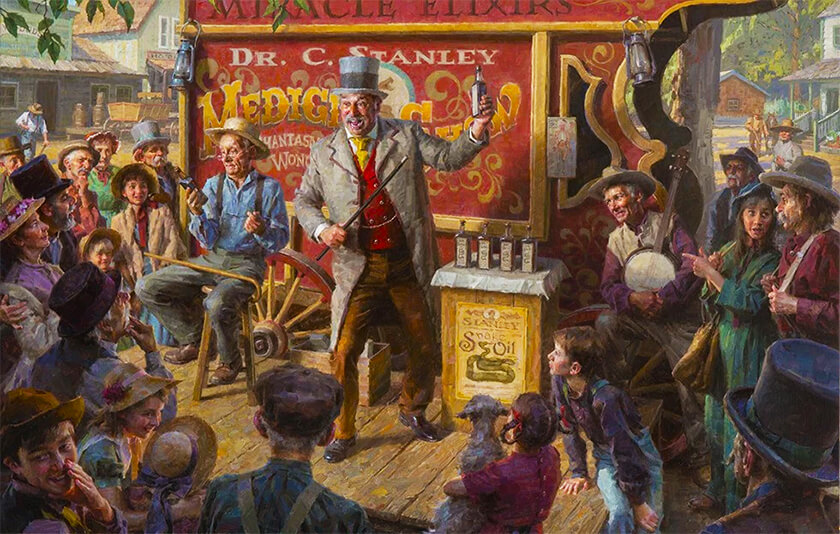 And that is the end of the fictitious Western, but not of the true story behind it. Delighted by the healing properties of the plant he received from the Indians, Dr Meyer made his tonic around 1870 and patented it under the name “Meyer’s blood purifier”. In order to prove its exceptional effect, he performed in front of large audiences in the places he travelled through with his traveling pharmacy, where he would deliberately let a snake bite him and then heal the bite on the spot. That is why Meyer’s medicine soon became known as “snake oil”.

Dr Meyer was convinced of the magical properties of his medicine, but he still wanted to ensure it had scientific basis. So he turned to reputable doctors Dr John Uri Lloyd and Dr John King who did not take him seriously. Dr King sneered at the sample bottle and put it in some dusty corner of his study. However, fate played a role in this: Dr King’s wife fell seriously ill with cancer. The doctor sought help from his colleagues and received the best medicine available at the time. And indeed, Mrs King was miraculously cured. When her husband proudly told her how successful his medicine was, she just laughed saying she hadn’t used it at all. She was taking the tonic from Dr Meyer’s bottle all the time, which the doctor had contemptuously rejected. 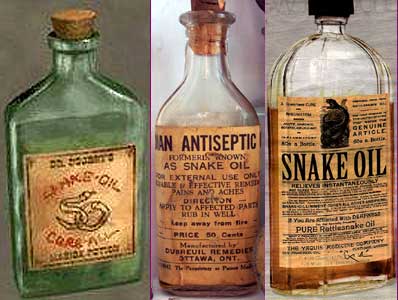 This purple flower is part of the echinacea plant, also known in America as the snake root from Kansas. Indigenous Americans have used it for over a thousand years, mostly to treat wounds and bites of poisonous animals, but also for coughs, toothaches, inflammations, fever, intestinal cramps and sepsis; modern research has shown that the plant has the power to strengthen immunity by increasing the number of T-cells, it affects the production and activity of macrophages and stimulates the production of interferon – a protein that protects the body from viral infections. In brief: as a natural antibiotic, echinacea protects the body from attacks and influences of foreign bodies and strengthens immunity. It is also more powerful than modern antibiotics, which fail to solve the problem of chronic throat, respiratory tract, ear, oral cavity and intestinal infections.

And what about the story of Dr King’s wife? Yes, it really makes sense. Echinacea as a powerful antioxidant has the ability to destroy cancer cells, but also to prevent cancer by effectively cleansing the body, stimulating the work of the liver, kidneys and lymph. It is often recommended for people suffering from chronic inflammatory systemic diseases – multiple sclerosis, AIDS, tuberculosis, leukopathy… 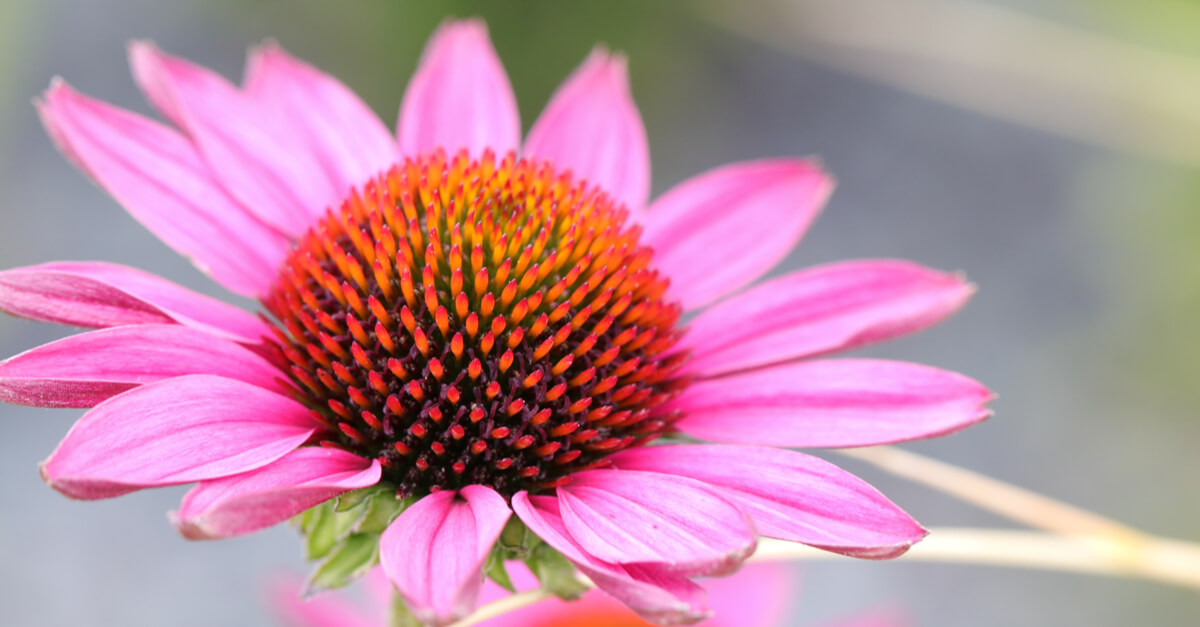 When we feel under attack from a virus or a cold, it is important to react immediately and take echinacea, because then it has the best effect. Also, it is important to use a quality extract in the right dose. That is why it is best to get it from reliable and professional sources.

In synergy with vitamin C and honey, echinacea has an enhanced effect, and when combined with medicinal herbs such as broadleaf plantain, nettle, white mistletoe, lemon balm, angelica, heath speedwell and dandelion, we get Disan – a powerful bio-elixir that strengthens the immune system, soothes the mucous membrane in the throat and fights tickly cough, protects the respiratory organs, detoxifies the body, and additionally helps smokers in particular to eliminate the negative effects of tobacco. Disan also has a calming and beneficial effect on the cardiovascular system.

If Disan had been available to Dr Meyer, the Indians would have been frequent visitors to his traveling pharmacy. 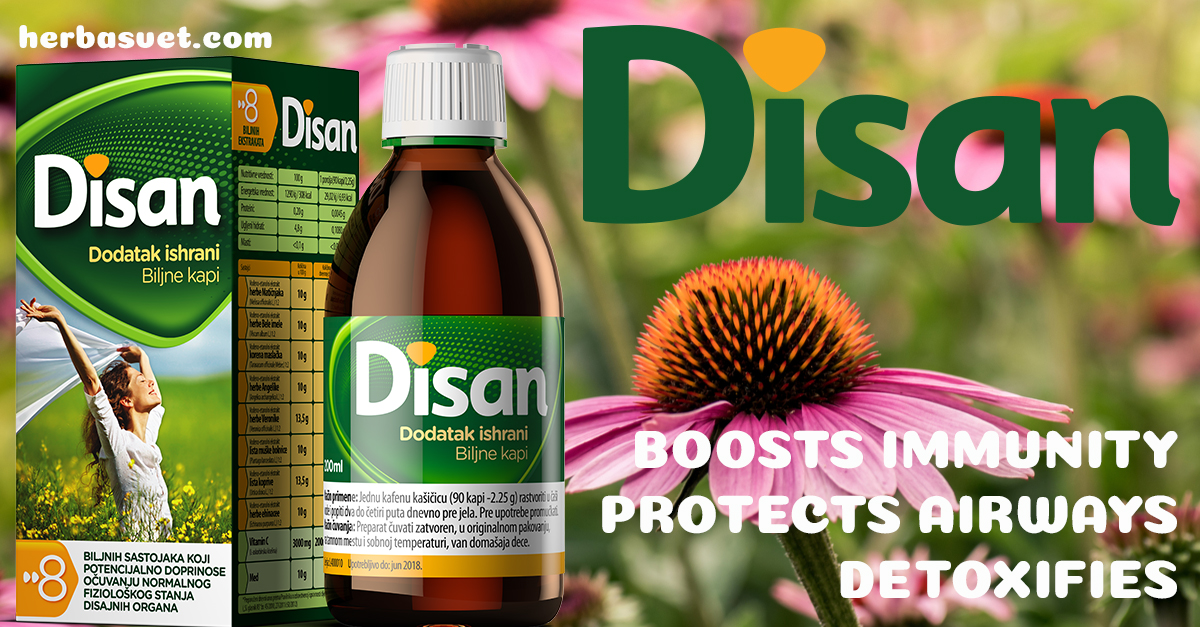