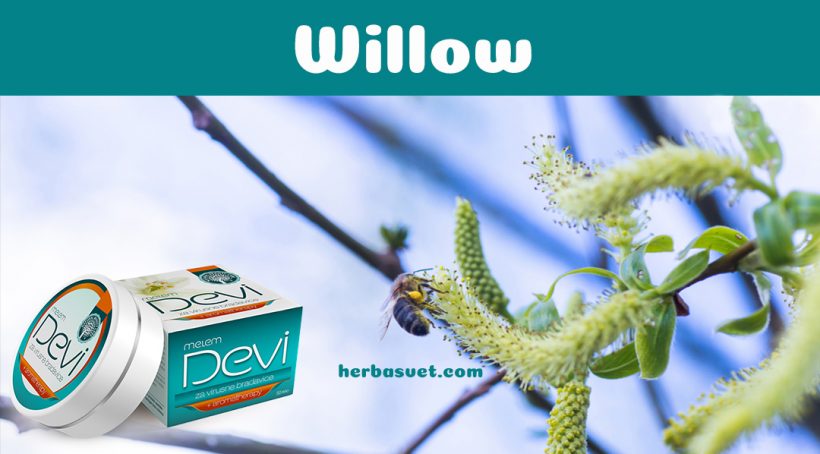 In springtime, willow is the first to come into bud, children are symbolically beaten with its twigs to help them grow and prosper, on St. George’s Day, girls weave its twigs through their hair to make it lush, while women tread into water and release its wreaths to flow down rivers and streams. Willow has long been part of Slavonic rites, customs and beliefs. The Slavonic deity of water, Voden, used to be offered sacrifices in the form of willow wreaths, cookies and vessels filled with incense. 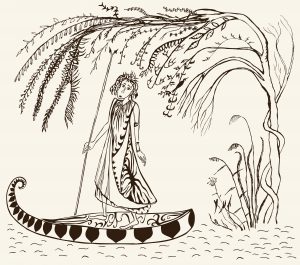 But willow is not only part of Slavonic mythology. This tree, which grows ‘as if from water’, and has the ability to spread with ease by simply inserting its own twigs into the soft soil, even upside down, has understandably become a symbol of prosperity, development, renewal, vitality and immortality. Willow grows on a swampy ground, along rivers and streams, and as its branches fall freely and often touch water surface, it has become a symbol of sadness and unrequited love.

The ancient Celts particularly valued it also because mistletoe which occupied a special place in their rituals and medicine often grows on the willow tree. According to the Druid tradition, the world originated from two red eggs hidden in a willow tree. From one egg came the Sun, and from the other the Earth. This story is symbolically repeated every year during the Celtic holiday of Bealtaine, which begins on 30 April and is celebrated over three days, as a ritual of fertility, life and protection from diseases. For this holiday, eggs have been painted red for a long time, and this custom later became part of Christian Easter traditions. 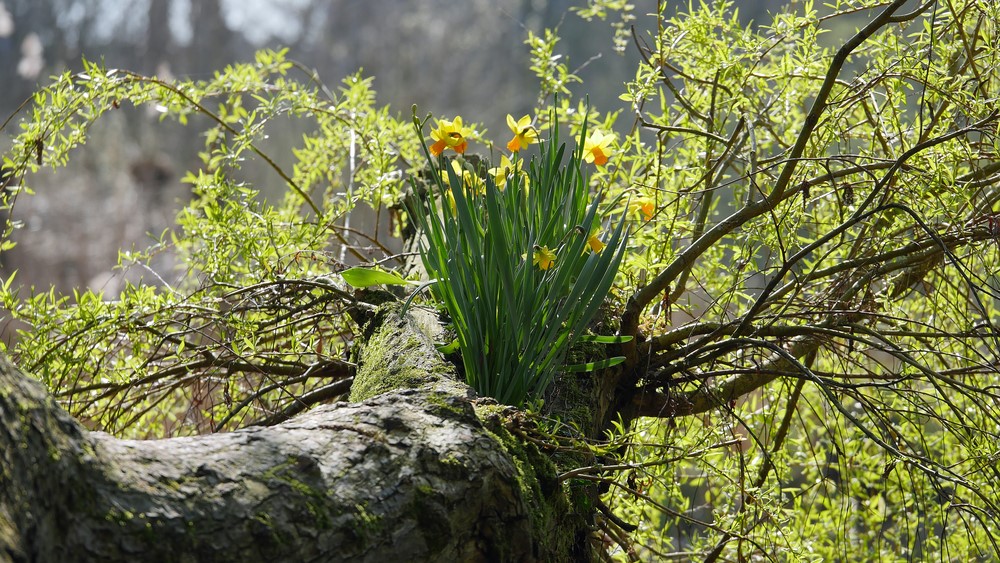 Willow is an integral part of Hebrew, ancient Greek, Egyptian, Chinese and many other traditions and is also used in traditional medicine as much as in rituals. Our ancestors were aware of willow’s power of healing, but could not explain it. For centuries, willow has been an indispensable product in pharmacies, since the times of Hippocrates, who recommended its use against fever and inflammations back in 400 BC, and of Aula Cornelius Celsus, Pedanius Dioscorides, Gaius Pliny and Galen of Pergamon. It was not until 1829 that humanity came to know what is so therapeutic about willow.

That year, French pharmacist Henri Leroux isolated a substance from willow bark and named it salicin. It was later used by the German chemist Felix Hoffmann to synthesize acetylsalicylic acid in 1897, which marked the beginning of the production of aspirin in the famous pharmaceutical company Bayer. Today, there is no household that does not have Bayer’s aspirin in its mini home pharmacy, so it could be symbolically said that every house has a part of this mythical tree. 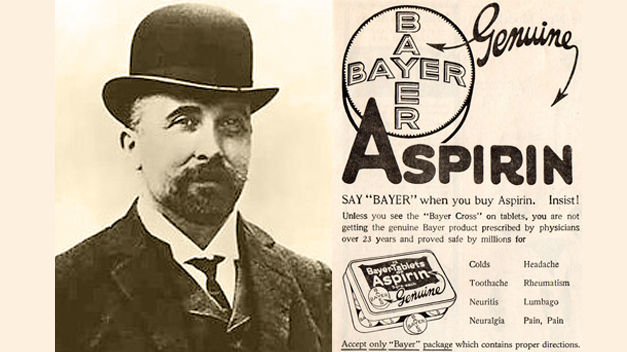 There are as many as 350 species of the plant, but the white willow bark, Salix alba, is used most: tinctures, extracts, powder and tea can be made from it. It has always been known that willow bark lowers high temperature and soothes inflammations and pain. Today we know that this ancient knowledge is completely justified. Willow bark contains phenolic glucosides, in addition to salicin, saligenin, salicortin and populin, and tannins, flavonoids and phytoestrogens, thanks to which it has anti-inflammatory, antiseptic and analgesic effects.

Numerous studies have proven that willow bark is a more effective and healthier solution for relieving pain than ibuprofen, which can be very harmful; it also successfully relieves and kills rheumatic aches and those caused by osteoarthritis, bursitis, tendonitis and flu. 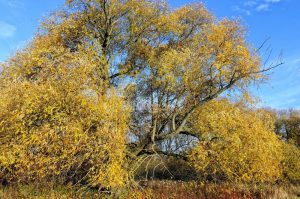 Willow bark extract has another very important effect: keratolytic and keratoplastic. It has a positive effect on the growth of epidermal tissue and stimulates skin healing, but also breaks down the keratinised layer of the skin and cleans it of the remnants of accumulated and unwanted tissue. Therefore, it is often used for dermatitis, seborrhoea, psoriasis and viral warts. Viral warts occur as a result of an infection caused by the human papilloma virus and are very persistent and unpleasant. They often appear in places where they create irritation; they can also appear in entire clusters and have a negative effect on skin’s appearance.

This is where Devi balm for viral warts comes into play. In addition to willow bark extract, which successfully removes unwanted layers of the epidermis, the balm also contains essential oils of tea tree, ravensara and wild oregano, which powerfully kill viruses, as well as castor oil, which dries warts. This completely natural preparation will painlessly remove viral warts and prevent the formation of new ones, without causing any side effects. 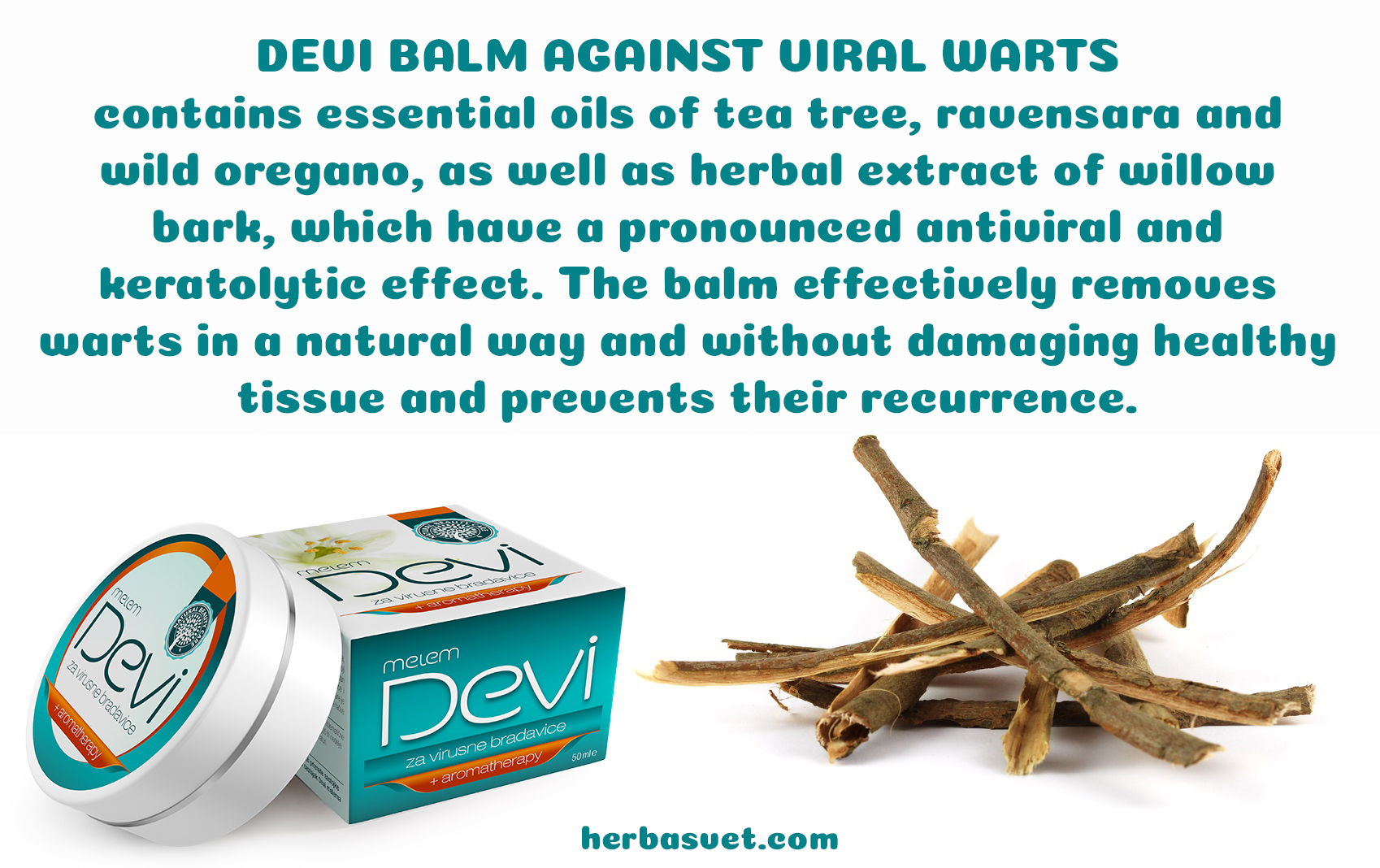