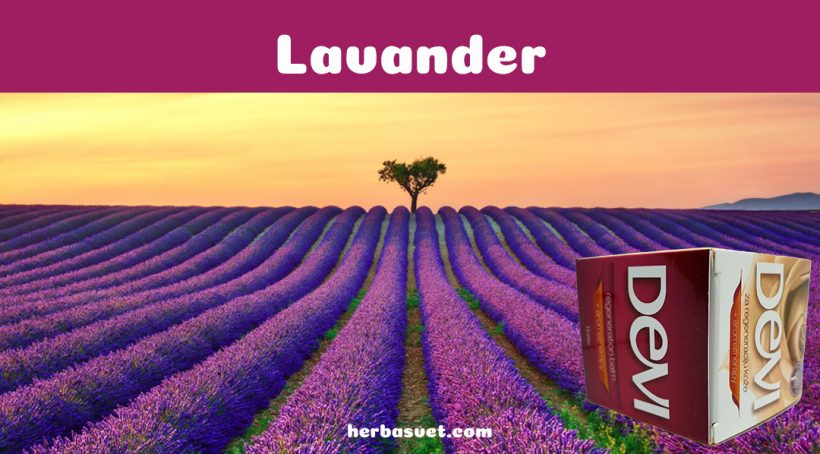 When we think of lavender, probably the first thing that comes to mind are the wide purple fields of Provence. But the story of this fragrant plant begins much earlier, and much further afield, in the lands of ancient Egyptians, Arabs and Hindus, over two and a half millennia ago. They were the first to plant and harvest it and make aromatic oils from it; they used it as a perfume, medicine and for mummification. Through them, it reached ancient Greeks and Romans, who further spread it throughout Europe around 600 BC. Its name originates from the Latin lavare, which means to wash, to bathe. Tiny bouquets of lavender sprigs used to be put in bathtubs and swimming pools, so we can say that the scent of lavender was without a doubt an integral part of life in the times of Classical Antiquity. This hardy plant quickly took root in the Mediterranean belt, where hot summers suited it; even summer fires could not destroy it: on the contrary, it would germinate, flourish and spread even more after a fire. 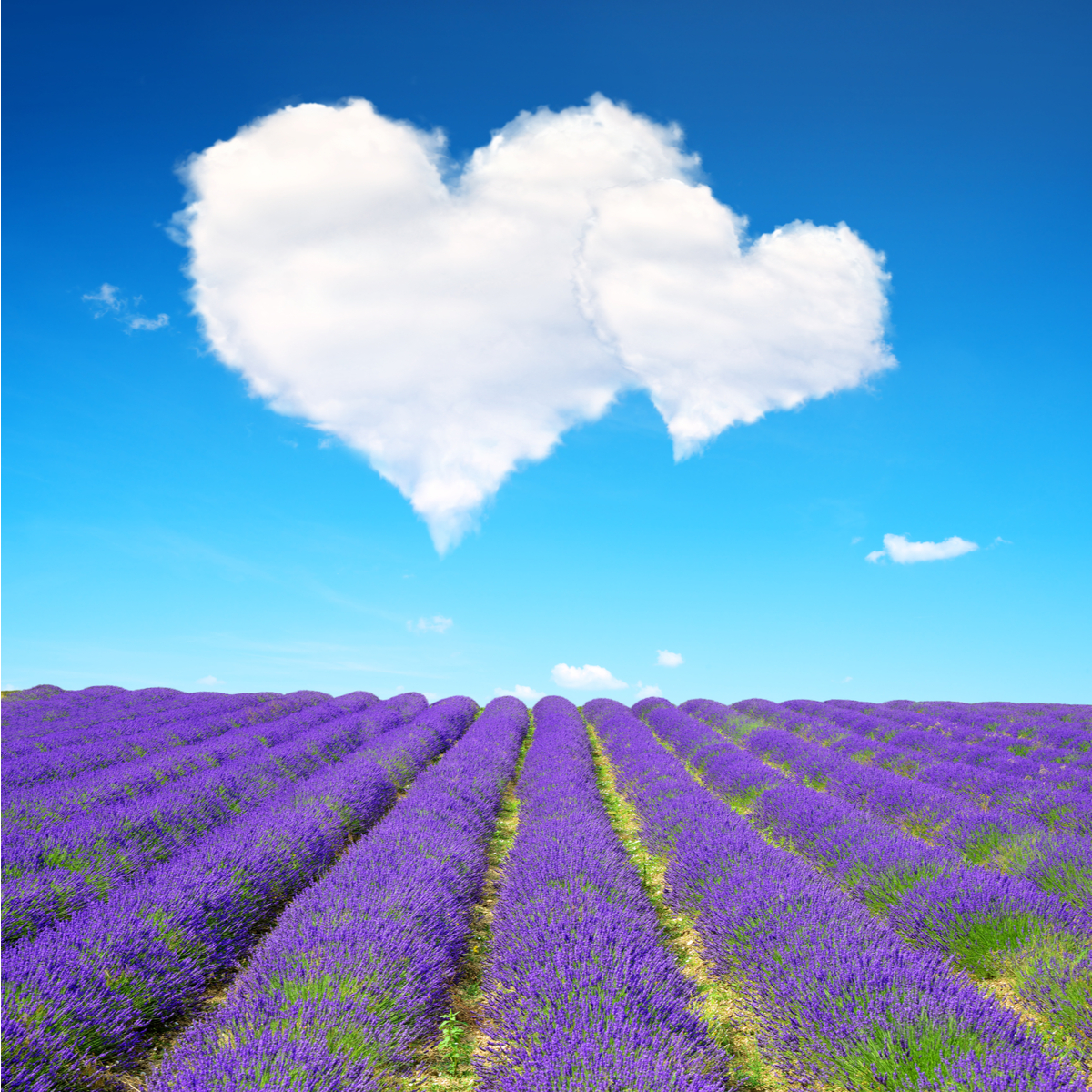 And the Bible is permeated with lavender: from the story of Adam and Eve who took it with them after being expelled from paradise, to the story of Virgin Mary who dried her clothes on a lush lavender bush – a practice that many laundresses continued centuries later – to the story that she used its fragrant water to wash Christ’s feet, and to small lavender crosses with which early Christians protected themselves from evil.

The perfume with which Cleopatra seduced Caesar and Mark Antony has been used for centuries to repel mosquitoes and fleas; it was believed to be able to repel the plague. It was also used by the most hardened thieves and grave robbers – they would wash with lavender water to prevent infections after “a job well done”. It was said that French glove-makers never caught cholera precisely because they perfumed their handicrafts with the scent of lavender. 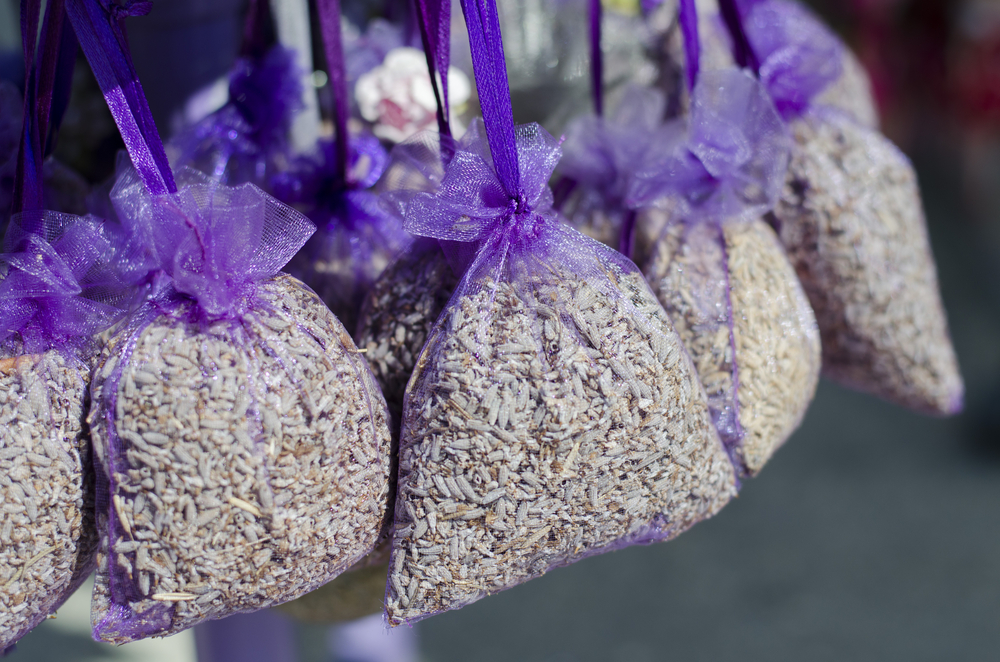 A perfume, a preventative and curative remedy, food, an aromatic drink, a bath lotion, a balm, a vermin repellent, a clairvoyance enhancer and an indispensable part of romantic divination, a mummy keeper and a laundry additive – is there any other plant that has had so many uses throughout history? At the same time, it is beautiful, intoxicating, and its fields are a true natural work of art.

How much truth there is in the stories from the antiquity has been shown by modern analysis. The essential oil of lavender has antiseptic properties, so it could certainly play the role of a disinfectant. It could hardly have prevented the plague, but if nothing else, it had a placebo effect. Today, we also put lavender in closets to save our favourite clothes from moths, and plant it in pots on terraces and around the house because mosquitoes give it a wide berth. So the story of fleas and other vermin is borne out. As far as perfume is concerned, there is hardly a person who does not like the scent of lavender, and even today it is widely used in the cosmetics industry. However, we do not dry our laundry on its bushes, although that is not a bad idea at all, but we certainly use lavender-scented fabric softeners. As far as clairvoyance and divination are concerned, this should not be taken lightly: serious research has shown that the smell of lavender oil lowers blood pressure, pulse and body temperature, but also gives a feeling of mental clarity, energy, and most surprisingly – it enhances the theta and alpha brain waves. Lavender is proven to relax – our intuition loves serenity. 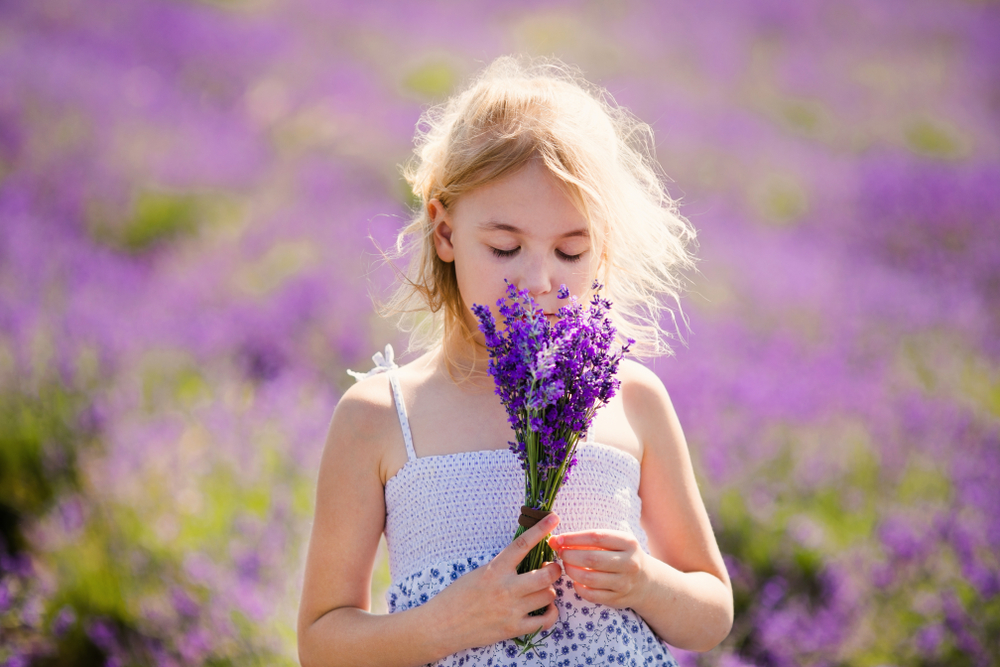 If it has such a powerful effect if we only smell it, we can only imagine what happens when we apply it to our skin? Lavender bath has an anti-inflammatory effect, as shown by research conducted at the University of Trieste. As an antiseptic, lavender can prevent wound infections and injuries, and has a soothing effect on irritated and dry skin, both for acute irritations or burns and chronic conditions such as psoriasis, eczema or acne. It has also proved to be good for blemishes and sun spots. It will reduce itching and swelling after insect bites. It is also great for hair and prevents dandruff and hair loss.

Lavender polyphenols can also help with digestive disorders. Lavender tea helps our bodies to rid itself of bad bacteria, gas, bloating and cramps, nausea and even travel sickness. A study on animals conducted in Tunisia showed that lavender can even stabilise insulin levels, prevent and reverse metabolic disorders, obesity and liver and kidney dysfunction. 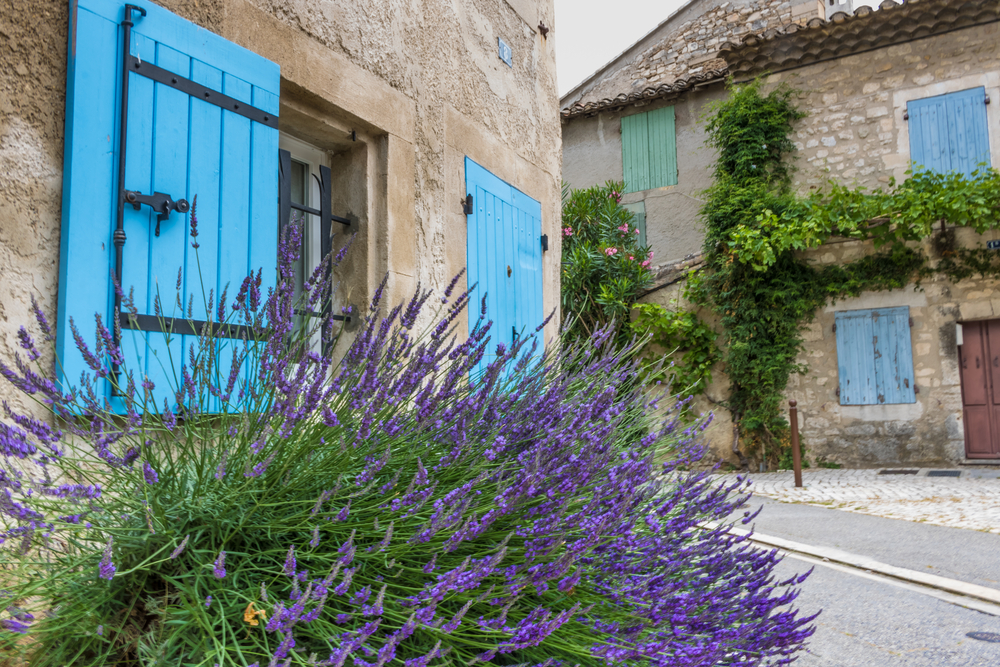 In 1923, when the tomb of Tutankhamen, a young Egyptian pharaoh of the 18th dynasty, was opened, a faint scent of lavender lingered in the air, having survived for 3,000 years. Tutankhamen was well preserved thanks to lavender, and he also had a good long sleep, not to mention his wrinkle-free skin kept for three millennia – Tutankhamen is lavender’s best advertisement.

Today we can enjoy the views of endless Provencal lavender fields and its intoxicating scent; if we wish our skin well, we will definitely include it in our daily care. Lavender gives the best results when combined with other beneficial and natural butters and oils. And just such ideal mixture is Devi regeneration balm. The essential oils of lavender, rosemary, mandarin, avocado, Chilean rose, marigold, jojoba, evening primrose, wheat germ, panthenol, allantoin – all this combined with beeswax make an ideal and completely natural balm, both for daily skin care and for the treatment of problematic skin conditions: inflammations, urticaria, burns, sun burns, scars, dandruff, itching, dermatitis, eczema, psoriasis, dryness, freckles, blemishes, age spots and wrinkles. Devi regeneration balm – which is worthy of pharaohs, queens and modern romantic prophetesses – is bound to last at least for another three millennia. 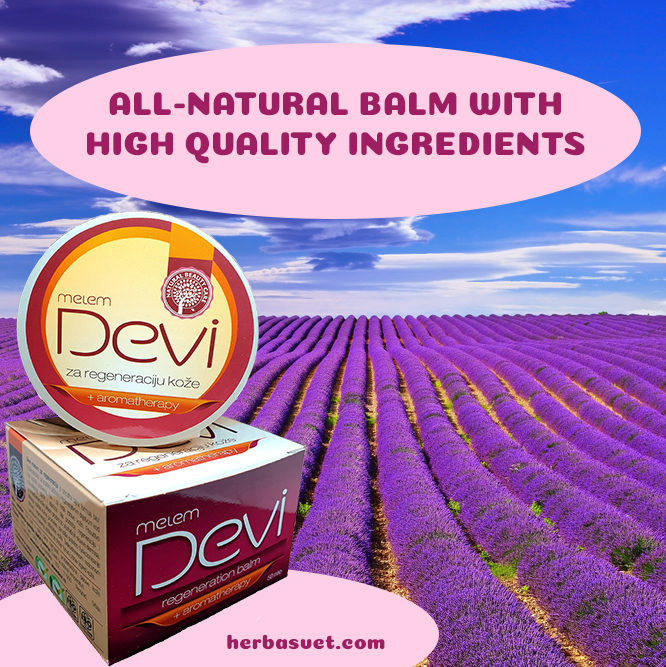