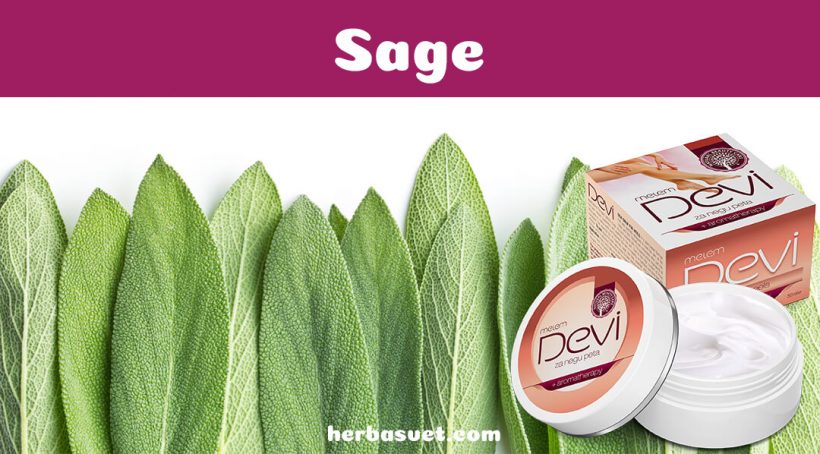 Over 3,000 plants grow in the 16 kilometre long and some 360 metre deep Sićevo gorge, east of the southern Serbian city of Niš. The rugged and beautiful landscape of the Svrljig mountains is an ideal habitat for sage, otherwise a Mediterranean plant, which is a wild, autochthonous species here. Aware of its value, the locals organise Days of Sage every May, an event that gathers fans of this extremely medicinal plant. 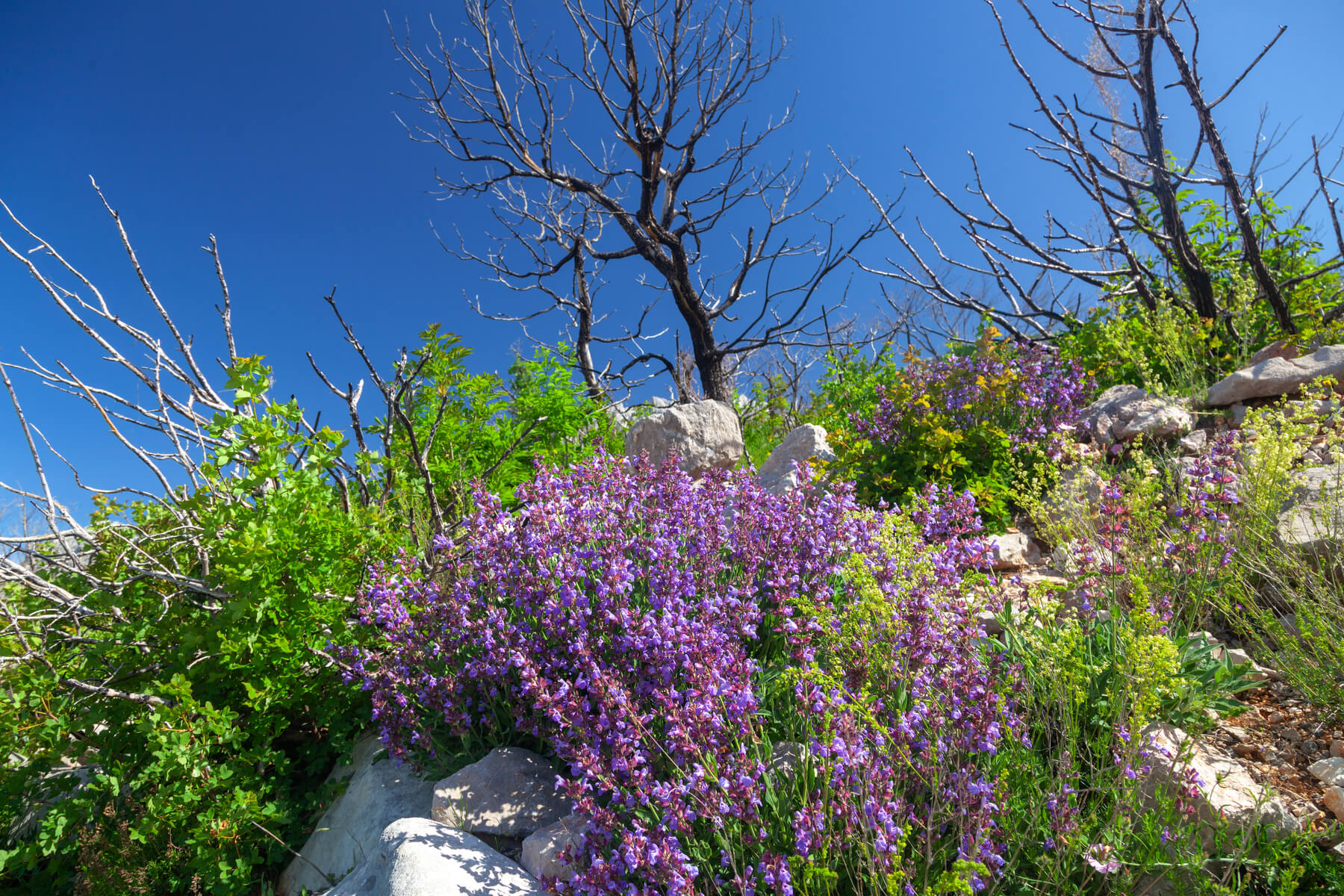 Sićevo gorge is the largest natural area covered in sage outside the Mediterranean. Sage has always grown in the Mediterranean belt and has been famous far and wide. The Chinese valued it so much that they would trade three crates of their tea for one crate of sage with Dutch merchants. According to many folklore traditions, sage is synonymous with longevity and immortality.

Cur moriatur homo, cui salvia crescit in horto? Why would a man whose sage grows in the garden die – says the famous verse of the medieval didactic poem Regimen Sanitatis Salernitanum, the Rule of Health from Salerno, where the first European medieval medical school, founded in the 9th century, was located. It gathered all previous knowledge, from Hippocrates, through Galen, Dioscordus to Arabic medicine. Salerno, which received the title of ‘the City of Hippocrates’, is surrounded by rugged terrain that is reminiscent of the area surrounding the Sićevo gorge, where sage grows in abundance. 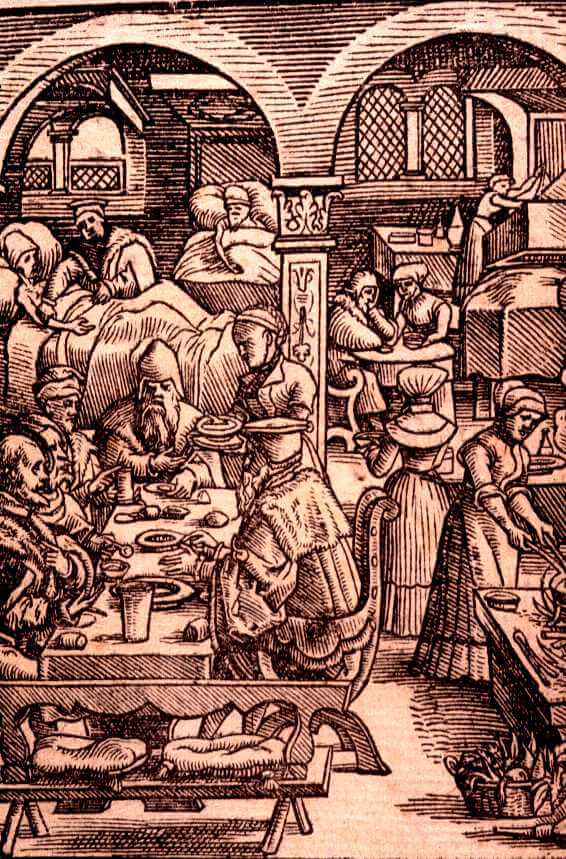 The scientific name of the plant, salvia, means saviour. Among its many applications, it is also used to fumigate our living space. It disinfects the air, helps eradicate mould, mites and insects. In that capacity, it reached all American Indian tribes which used it in rituals of “purification” of the body and energy.

It was believed that sage was a saviour at a time when the world was in the clutches of the plague, the Black Death. It was one of the ingredients in the famous tonic called the “Vinegar of Four Thieves”, also known as the “Marseille medicine”, which was considered to protect against the plague. Even today, a similar tonic is made in Provence, with the main ingredients being sage, lavender, thyme and rosemary. Where did the name “four thieves” come from? It was to do with a story about a group of thieves who robbed the sick and the dead in Marseille and Toulouse during the plague epidemic. When they were caught, they offered to swap their secret recipe for freedom, as this recipe reportedly enabled them to come into close contact with the infected and not catch the illness. 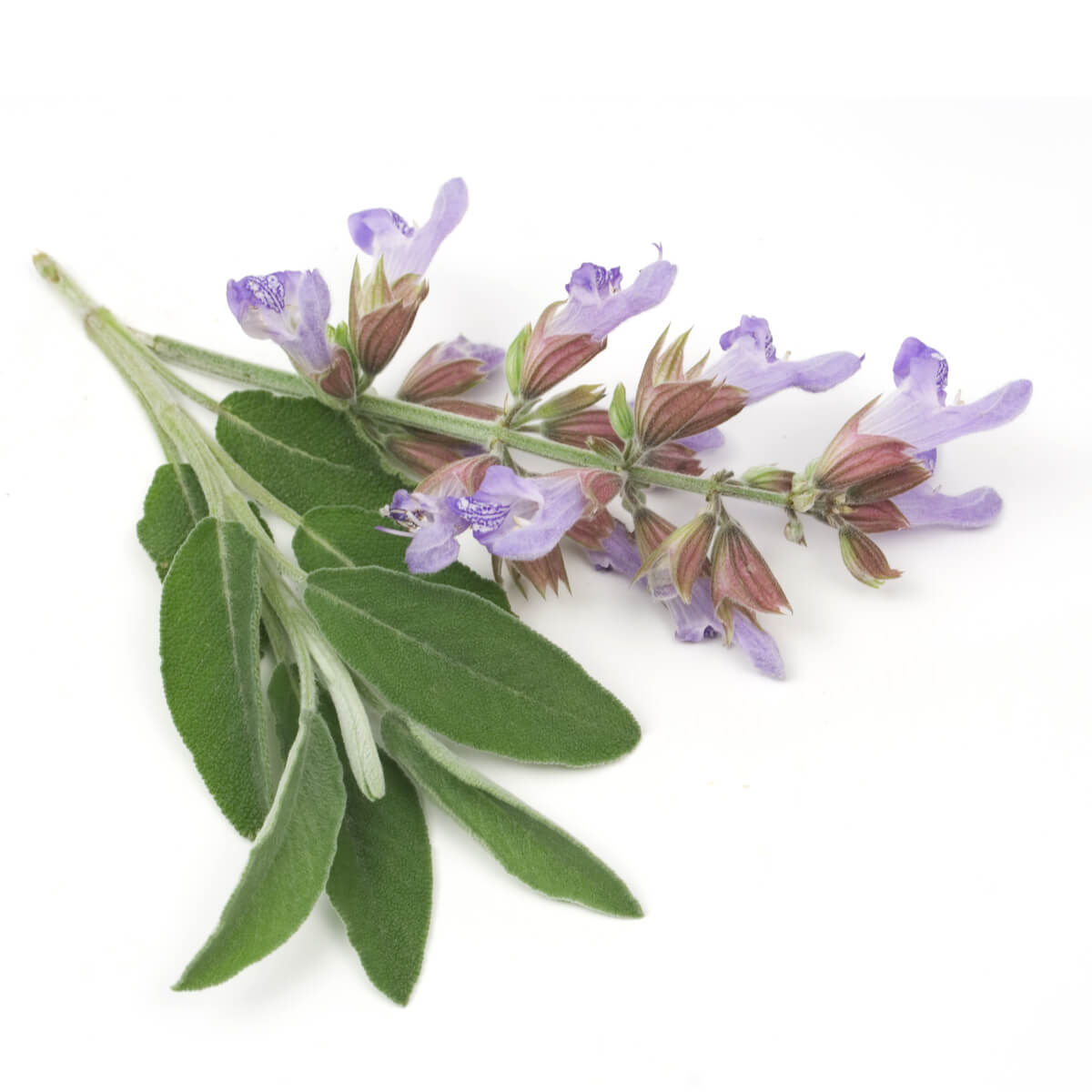 The belief that sage protects against many diseases, including plague, is confirmed by the fact that Charlemagne ordered all monasteries to grow it and use it extensively for healing. Today we know that these beliefs were completely founded. There is a long list of healing properties that this plant has: antiinflammatory, antibacterial, antifungal, antiseptic, astringent, antioxidant, expectorant, carminative, cholagogue, choleretic, emmenagogic, cicatricial…

Today, when we are painfully aware of the fact that bacteria are increasingly resistant to modern antibiotic drugs, sage is here to save us again. The essential oil of this plant very strongly prevents the growth of pathogenic bacteria and thus stops bacterial and fungal infections. Numerous modern studies have proven that sage successfully helps heal wounds and prevents infections, especially when it comes to staphylococci; it is also effective in the treatment of herpes. 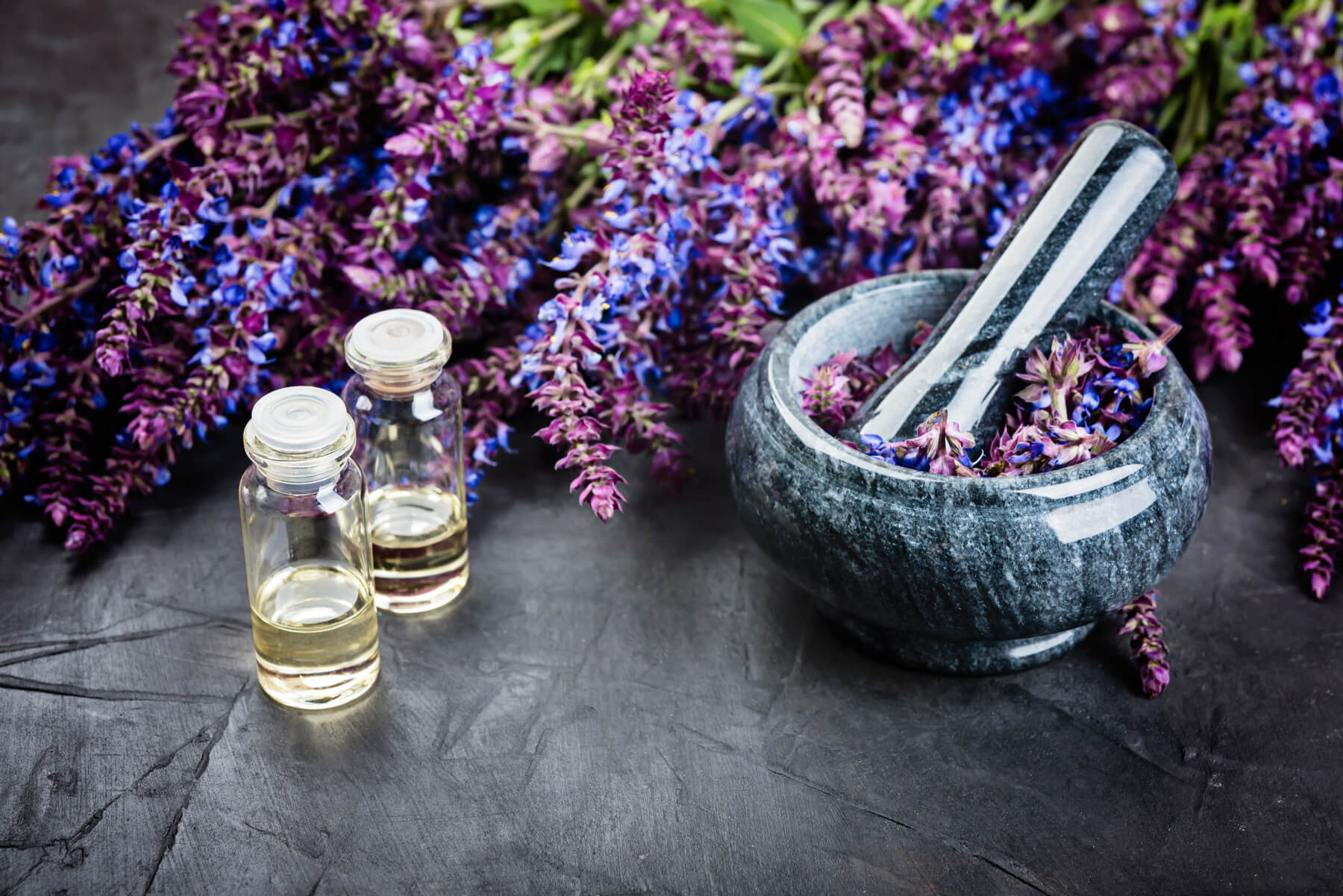 And when it comes to the skin, tannins in sage save us from acne, blackheads, oily skin, irritations, eczema and fungal diseases; its eucalyptol can alleviate blisters and diaper rash in babies. Salvigenin, a flavone that sage is rich in, cleanses the blood and helps flush out toxins, while its antioxidants, luteolin, selenium and apigenin protect the body from the harmful effects of free radicals. All this is reflected in the skin, which becomes cleaner, softer and healthier. 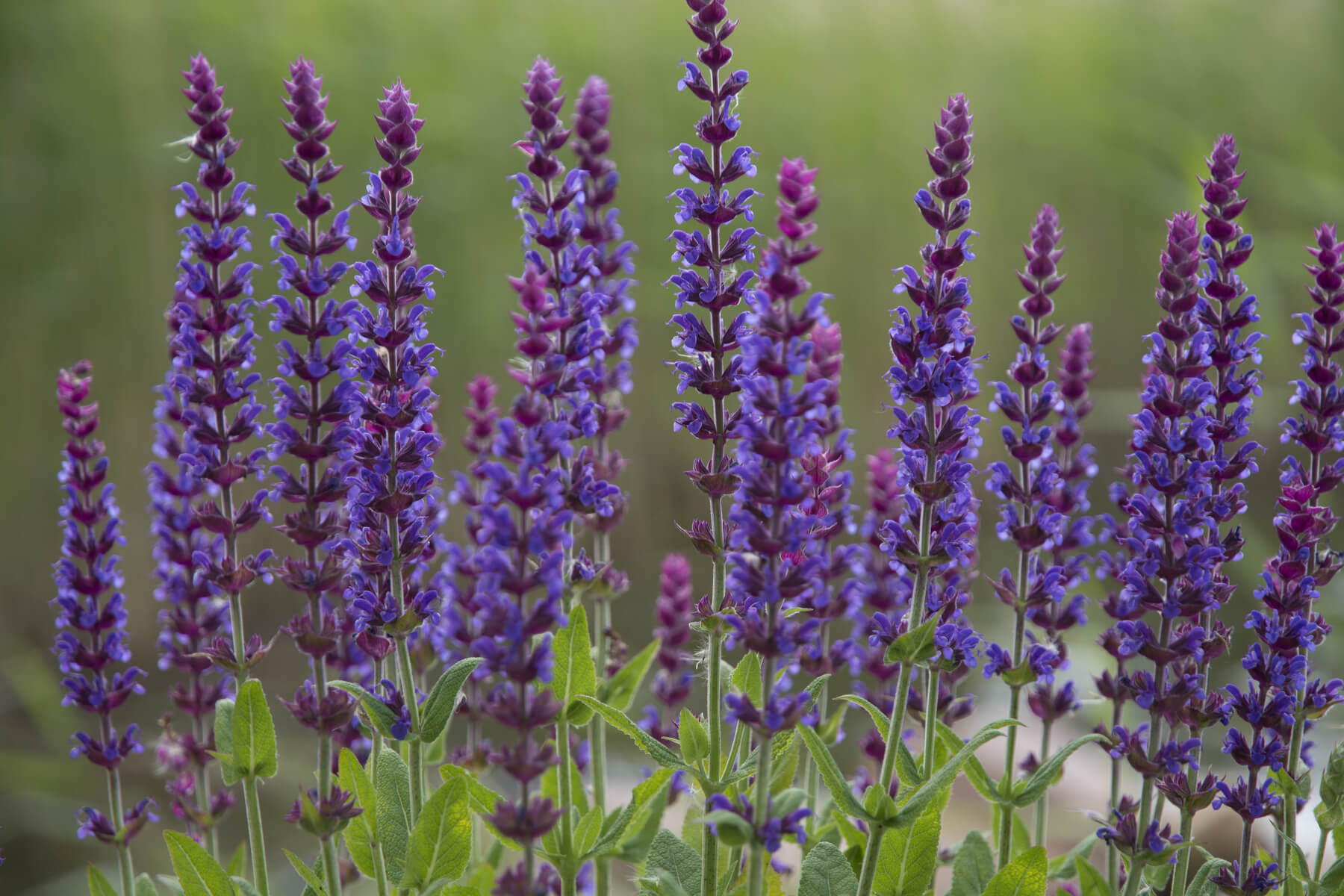 But the most valuable effect of sage on the skin is antibacterial and antifungal. That is why it is a real saviour when it comes to fungal feet and nail infections, and as it effectively prevents sweating it also helps with the problem of unpleasant foot odours. It is for this reason that sage is part of the Devi foot care balm. As is the case with the ‘Four Thieves’ tonic, the ingredients in the Devi foot care balm – sage, rosemary, lavender, tea tree and cloves – ‘steal’ every opportunity that bacteria and fungi may have to get onto our soles, between the toes and around the nails. Along with them, quality oils of grape seed, avocado, jojoba, marigold, wheat germ, Chilean rose and cocoa butter do their best to make our feet soft, tender and well-groomed.

From the rocky slopes around Salerno in Italy, to the Sićevo gorge in Serbia and medieval French monasteries, to the Devi foot balm – sage has been our ubiquitous loyal saviour for centuries. 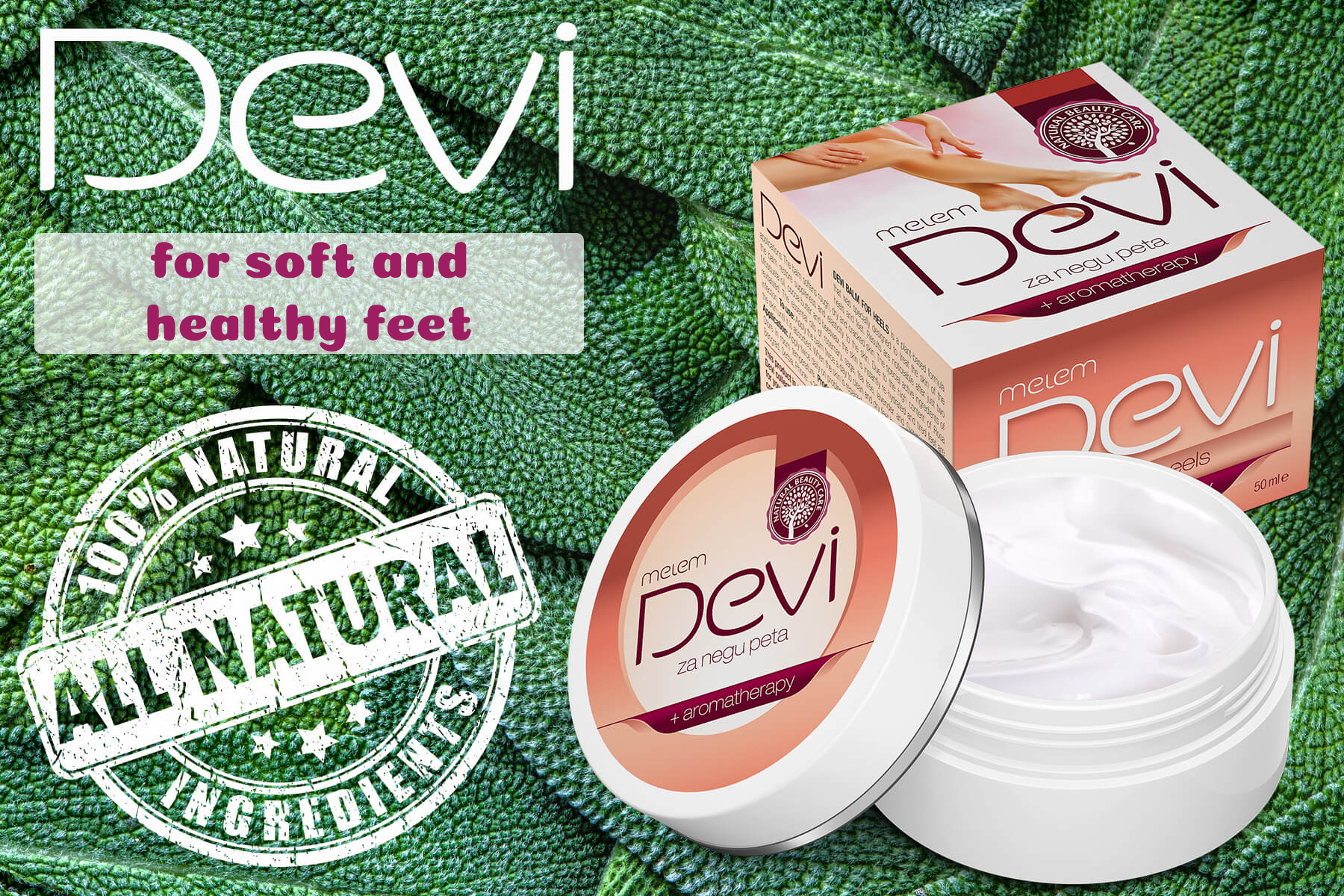