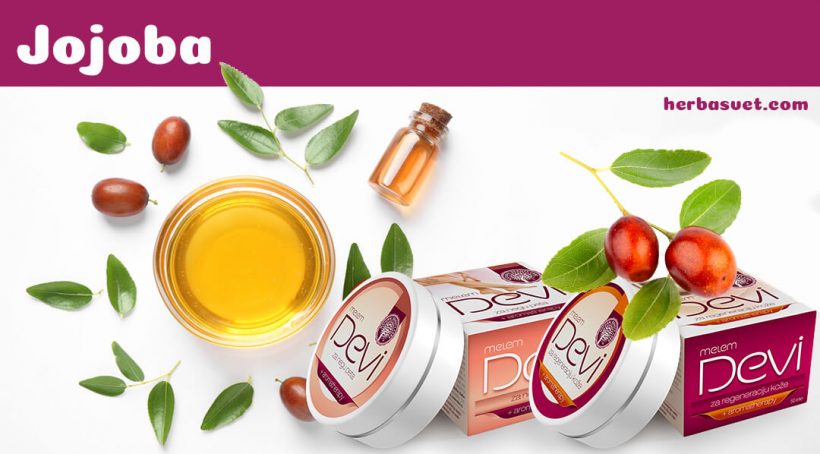 The Indians who inhabited the semi-deserts of Arizona, Baja California and Mexico have used it for centuries, and passed on knowledge about it from generation to generation. It has always helped them to protect their skin against strong sun exposure, to heal wounds and soothe pain in muscles and bones, but also to soften animal skin during tanning. The new white settlers did not show much interest in this strange fruit until a ban on whaling and whale fat trade was introduced in 1971. That is the time that witnessed the beginning of a search for something that has a similar composition and use – jojoba. 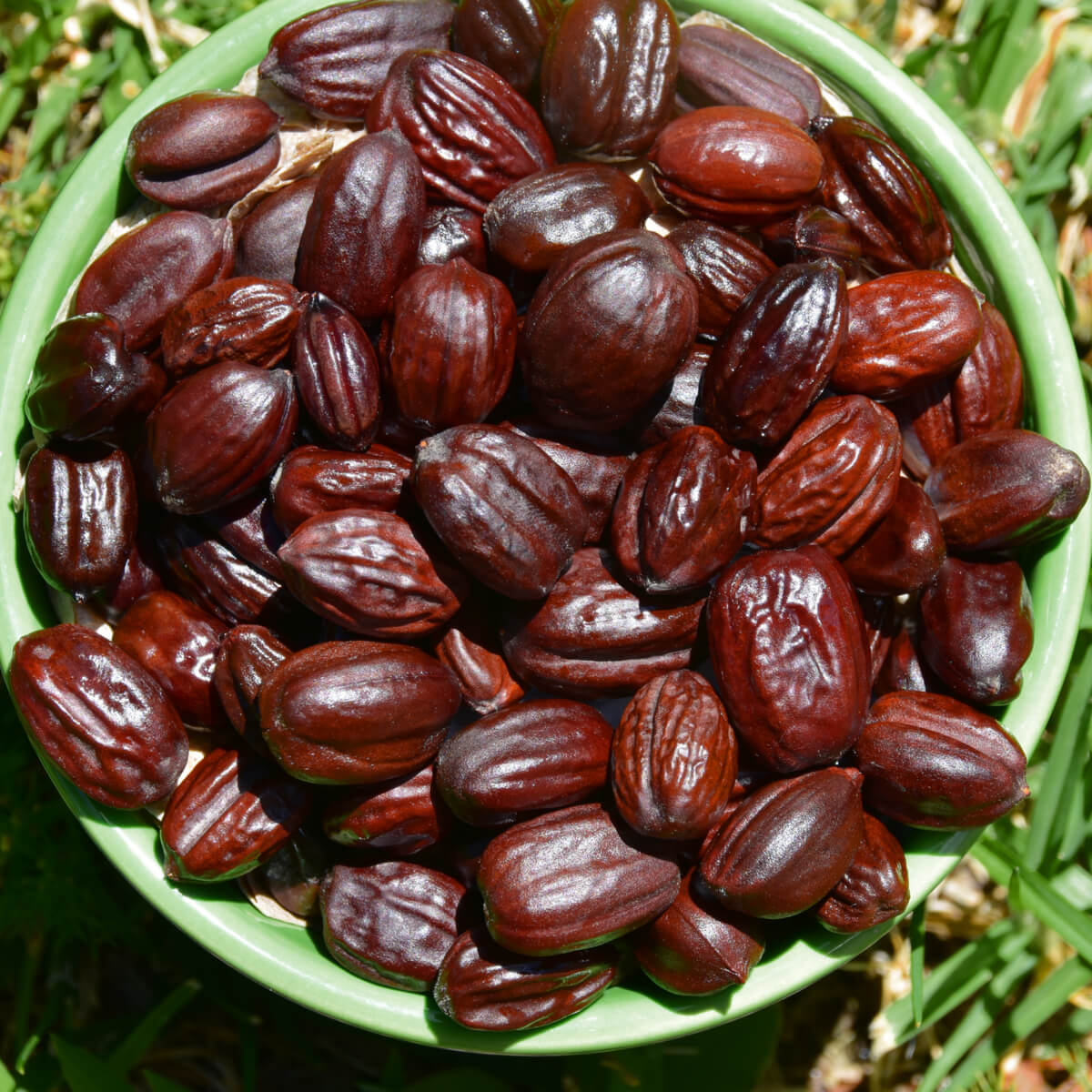 This plant’s name originates from Uto-Aztekan roots, from hohowai – whose proper pronunciation is ‘hohoba”. How did jojoba manage to replace whale fat? It was thanks to its unique composition. Jojoba seed does not contain triglycerides, like other plant oils, but it contains wax. Apart from being similar to whale fat it is believed to have the same composition as human sebum.

Jojoba’s liquid wax is thermally stable, it does not oxidate and will not go rancid, it can be heated up to over 200 degrees and frozen at minus 10, without any problems. The plant itself is very resistant and simple to look after as it can withstand cruel desert conditions. That is why jojoba plantations nowadays are run as profitable businesses, which was foretold all those centuries ago when the Indians named it “liquid gold”. 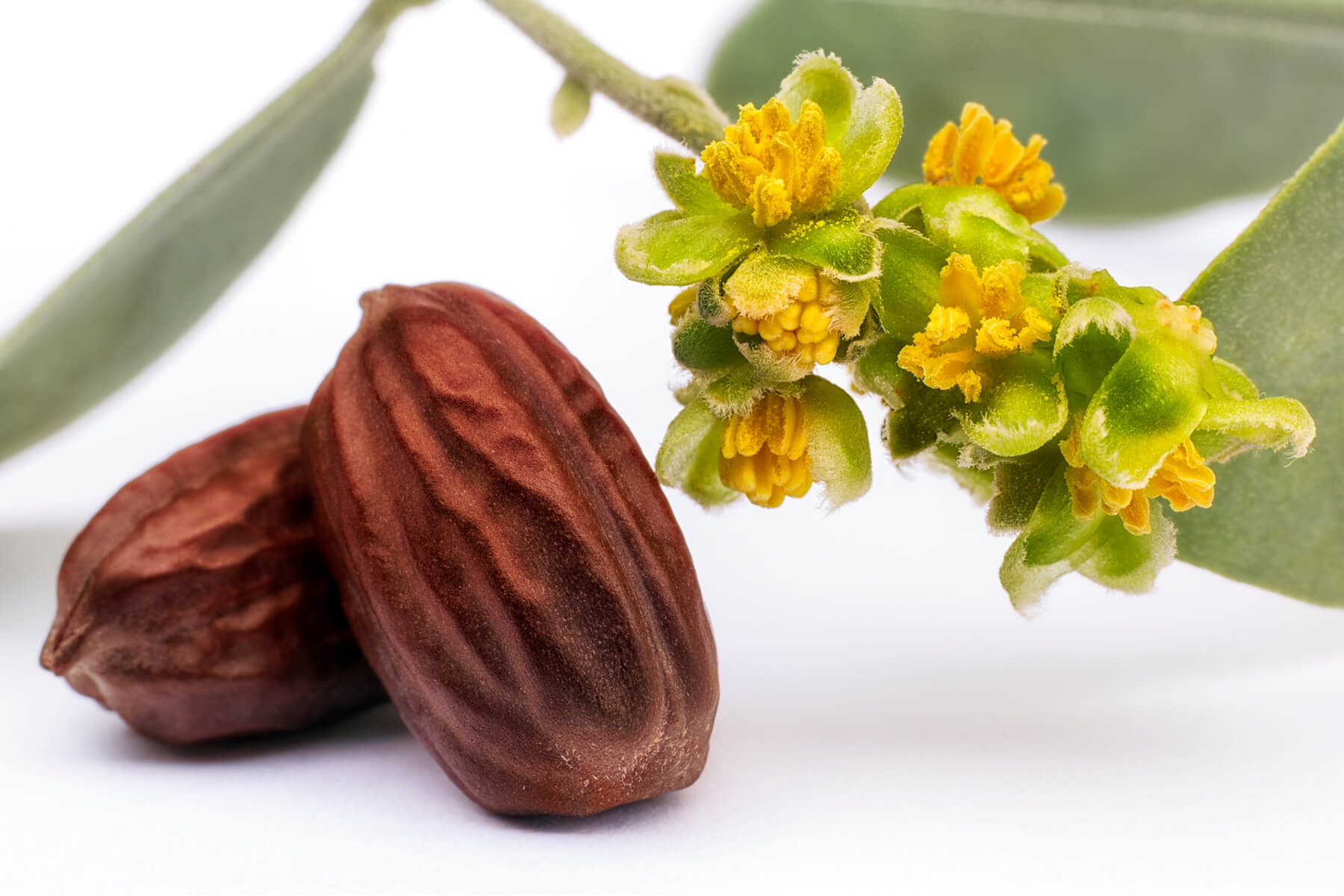 Jojoba oil (or wax) is rich in vitamins and minerals, primarily vitamin E, which is known as a skin protector, and B-complex vitamins, as well as chromium, zinc and iodine. Therefore, it is ideal for the treatment of dry skin, especially skin irritation after sun exposure. The composition of this oil has a strong antibacterial effect, it helps with skin disorders, especially acne, because it stabilizes the secretion of sebum.

The Indians who used it as medication were completely right: jojoba oil contains myristic acid which has an anti-inflammatory effect and can help with skin infection, rheumatism and arthritis. Today we know that jojoba has a strong effect on disorders such as dermatitis, eczema, psoriasis, seborrhoea, dandruff, rosacea and various inflammations. Jojoba will not irritate the skin, cause allergies or close up the pores, it is tolerated well and can be used for baby skin care. Soon after rubbing it into the skin, it helps with itching, skin flaking and irritations. 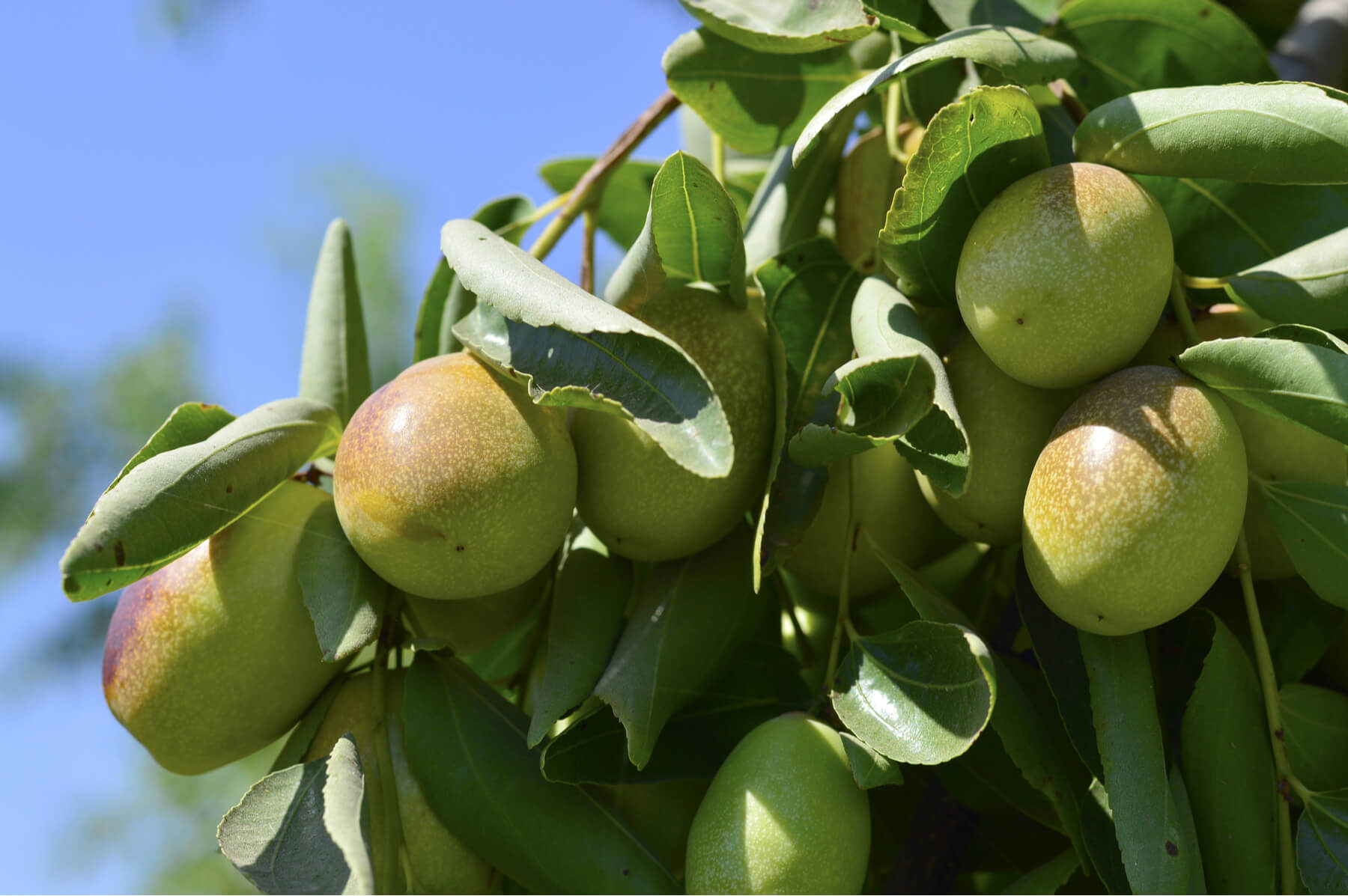 How powerful jojoba oil is is best evidenced by the fact that it is capable of destroying some bacteria and fungus, including salmonella, E.coli and candida. Anti-oxidants in jojoba oil encourage the production of collagen which naturally wanes with age which is one of the main reasons for the appearance of wrinkles and skin ageing. In addition, jojoba encourages the healing of wounds and scars and it is effective for the treatment of acne scars.

Even though it has a powerful effect, jojoba is not heavy on our skin. It is absorbed easily, it does not clog up pores and does not leave heavy greasy traces on the skin. That is why it is good to be used for all skin types. 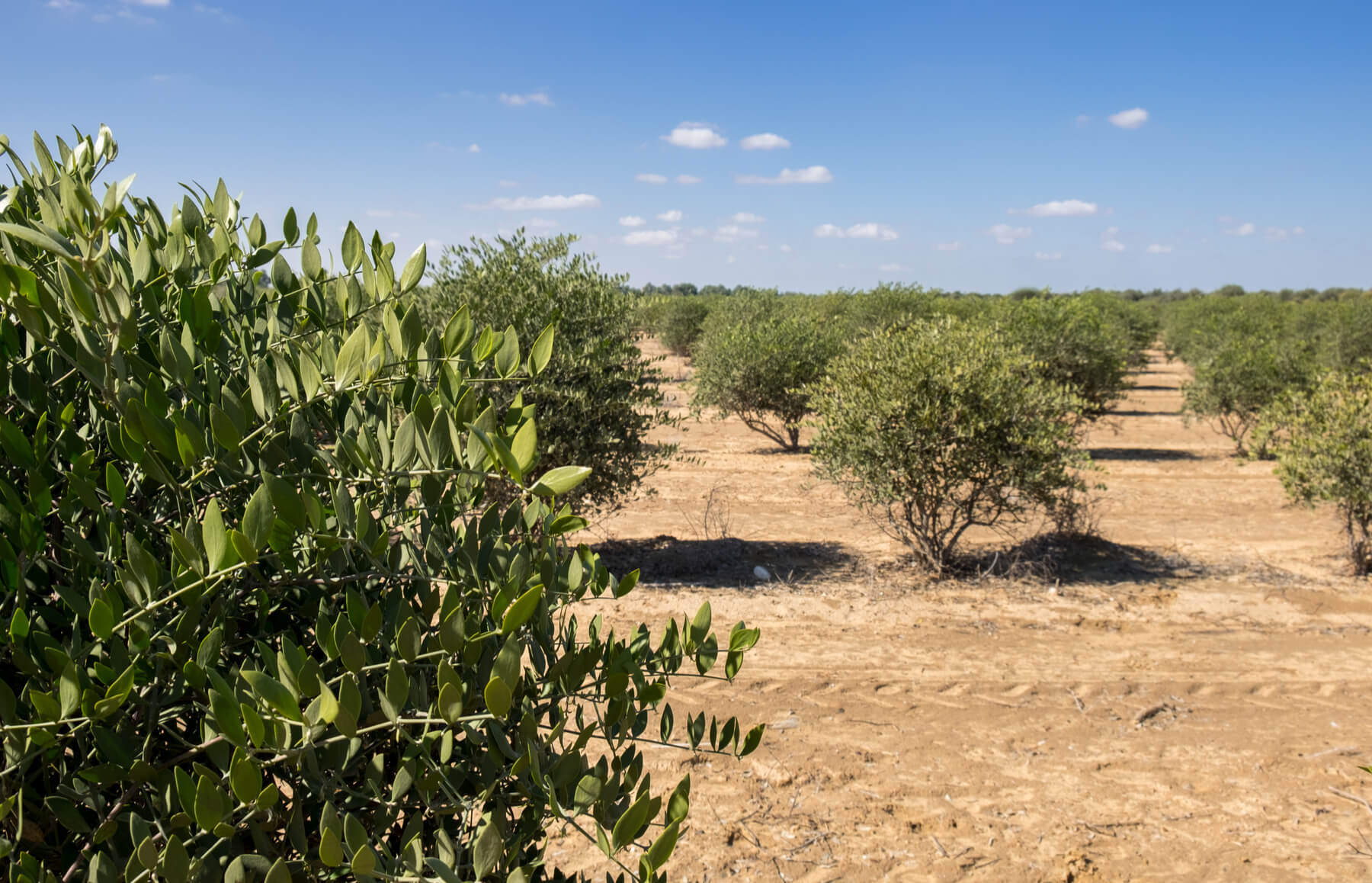 All this can be found in a tiny fruit of a bushy desert plant. Apart from saving our skin, it saves the wales from being hunted down. Today in the USA there are over 40,000 hectares of jojoba plantations; it is also cultivated in Mexico, Peru, Argentina, Australia and Israel. Jojoba is not very demanding: it can flourish in poor soil, even salty soil, the most important thing is that it is loose and with good drainage. It tolerates very high heat, but does not like frost. It is rarely attacked by weed and insects. Therefore it is not surprising that it is used to prevent the spread of the Great Indian Desert Thar between India and Pakistan.

We at Herba Svet also use it: jojoba oil is an ingredient in Devi regeneration balm and Devi foot balm alongside other oils of exceptional quality. With this liquid gold our skin will no longer be like desert soil. 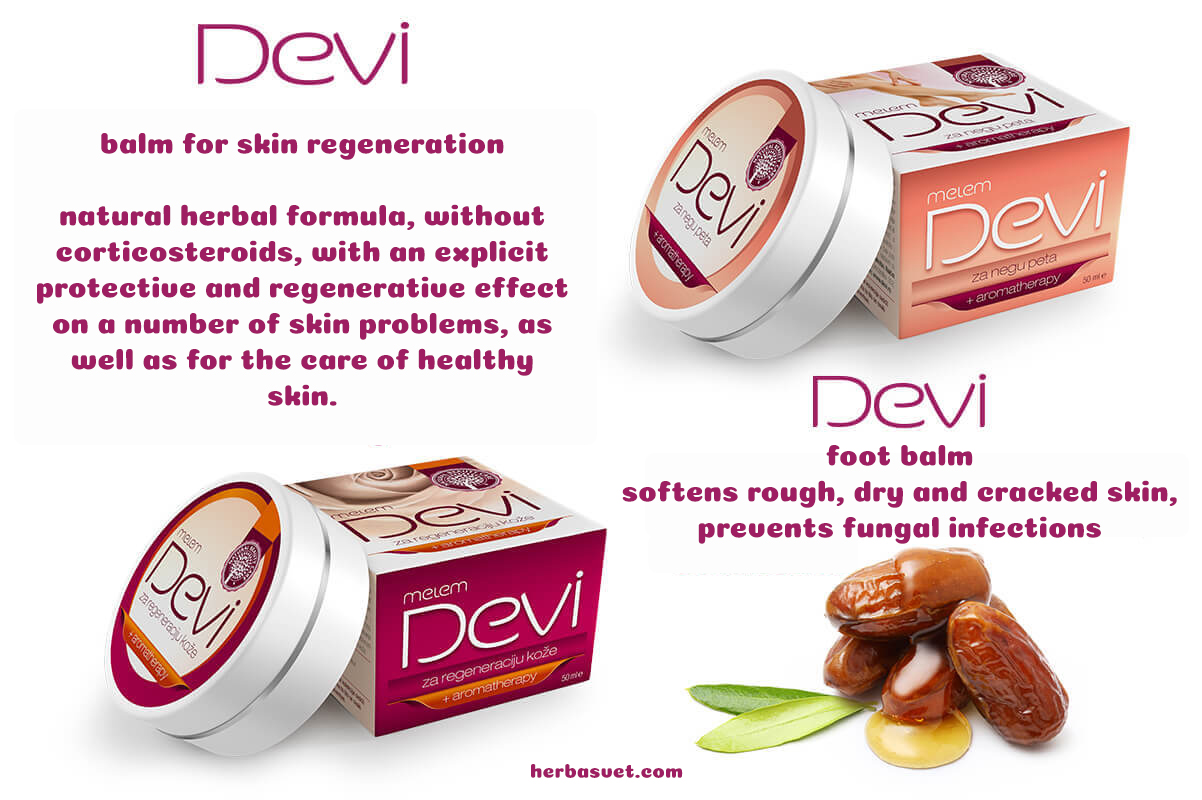